When a fellow pastor showed up at a meeting this summer wearing a T-shirt with the saying “No more drama,” I burst out laughing. It felt like so many pastors’ slogan in 2021, deep into a global pandemic: please, let’s tone down the drama.

I love pastoring. To help people embrace faith, grow in character, and face real suffering never fails to edify me.

But the drama—noting who doesn’t greet whom, seeing the pastor through one’s parental wounds, accusing the church of “changing” during a pandemic—I could do without. I’d never contemplated leaving the pastorate before. This year the idea came to mind.

But the Lord was good and sent me a backup in the nick of time: through a string of circumstances, I came across an old copy of Letters of John Newton. A repentant slave trader, composer of the hymn “Amazing Grace,” and a leader of evangelical Anglicans at the end of the 18th century, Newton was a remarkably experienced man. He loved God much because he had sinned much. As a result, he could apply the gospel to life with dexterity and depth. 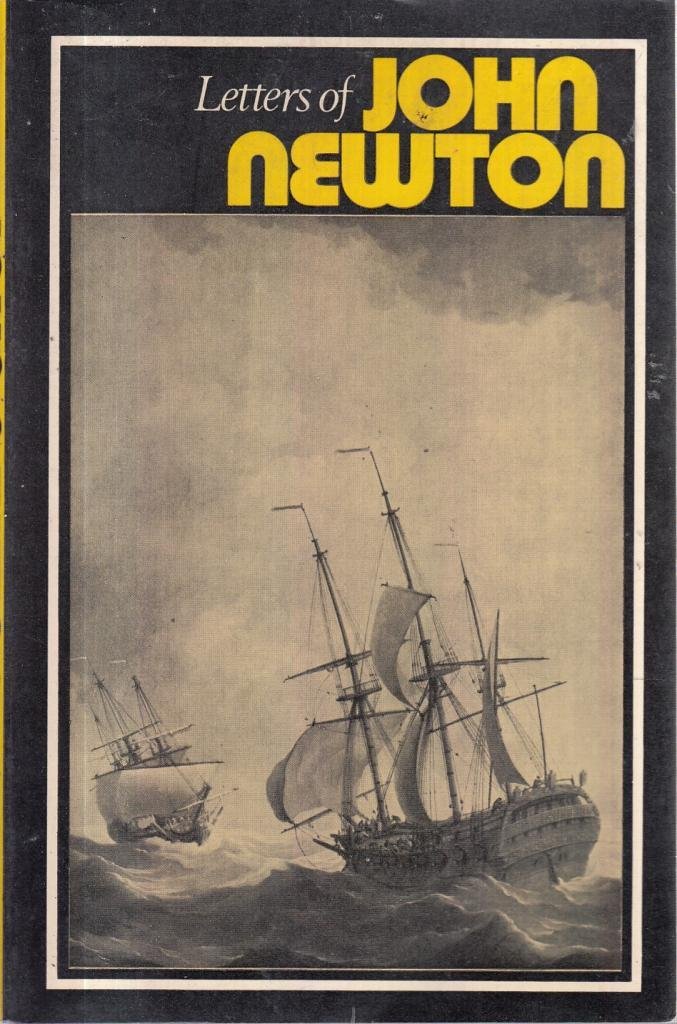 John Newton, converted slave-trader, preacher, and hymn-writer, was one of the most colorful figures in the Evangelical Awakening of the 18th century. “Once an infidel and libertine, a servant of slaves in Africa,” he wrote for this epitaph, “by rich mercy of Jesus Christ, preserved, restored, pardoned, and appointed to preach the faith he had long laboured to destroy.”

It was through his prolific correspondence that Newton fulfilled his distinctive word as “the letter-writer par excellence of the Evangelical Revival.” His grasp of Scripture and deep personal experience of the “amazing grace” of God, his many friends (among them, Whitefield, Cowper, and Wilberforce), his manifold trials, his country pastorate, his strong, clear, idiomatic style—all these factors combined to prepare the author of “How sweet the Name of Jesus sounds,” for the exercise of his special gift.

These letters, selected by his biographer, Josiah Bull, bear the practical imprint of all of Newton’s writings; they cover a wide variety of subjects and aim “to conform the believer to Christ.” Among them are several that were not previously published in earlier collections of his correspondence. Of particular value and interest are the biographical sketches and historical notes supplied by the editor.

His letters answer numerous questions raised by his correspondents, among which are how to grow in character, what constitutes a call to ministry, and how to recognize a decline in grace. I was particularly struck by one of his frequent themes: the benefits of affliction. “It is indeed natural for us to wish and to plan,” Newton writes to one of his correspondents, before adding, “and it is merciful in the Lord to disappoint our plans and to cross our wishes” (187).

He loved God much because he had sinned much.

Six months ago, I was excited by the apparent end of the pandemic and strove to prepare our church for a season of witness and renewal. But when COVID lingered and a few of our leaders gave in emotionally and spiritually, I felt the weight of playing defense, preventing further casualties, and lifting people’s spirits—including my own.

Newton helped me to embrace the season, redefine my goals, and see the blessing of spending a prolonged time in “the school of disappointment”:

. . . our holiness does not consist in great attainments, but in spiritual desires, in hungerings, thirstings, and mournings; in humiliation of heart, poverty of spirit, submission, meekness; in cordial admiring thoughts of Jesus, and dependence upon him alone for all we want. (176)

God often matures leaders and communities by sending them to the desert. The people of Israel wandered in it; David hid in caves; Jesus fasted in the wilderness; Paul spent years in Arabia. It is hard. We want to skip it. But it’s also where Israel received the law, leaders grow their characters, and Christians develop what Newton calls a “state of real habitual communion with him” (31):

A broken and contrite spirit is pleasing to the Lord who has promised to dwell with those who have it; and experience shows, that the exercise of all our graces is in proportion to the humbling sense we have of the depravity of our nature. (134)

Newton frequently invites his correspondents to trust God, submit to his will, and find contentment in his presence. Inconveniences are to be expected, for we are on a journey and this world is not our home.

It may sound like glib advice, but Newton’s writing has gravitas. He was a man forged by suffering, sin, and God’s amazing grace. I could see why William Wilberforce was “bitterly mov’d” when he met Newton in a season of anguish and sought his counsel regarding a contemplative life or a career in politics. “He comforted me and [I was] much happier,” Wilberforce wrote of that meeting, and he worked to abolish the slave trade that had employed Newton as a young man.

Though written centuries ago, Newton’s letters had a similar ability to reach my heart. He didn’t see theology and daily life as separate areas but encouraged people to let their doctrines address their fears and wants:

The dignity, offices, blood, righteousness, faithfulness, and compassion of the Redeemer, in whom [the Christian] rests, trusts, and lives, for wisdom, righteousness, sanctification, and redemption, are adequate to all his wants and wishes, provide him with an answer to every objection, and give him no less confidence in God, than if he were sinless as an angel: for he sees, that though sin has abounded in him, grace has much more abounded in Jesus. (154)

When I encountered this passage, I underlined it and reread it slowly, until my objections were answered by the gospel. Has the work of ministry felt undignified lately? Jesus’s dignity was peerless—and he rolled up his sleeves. Have people retreated from commitments and friendships this year? Jesus continues to be faithful. Has the care of souls consumed me? Jesus invites me to lay down my burdens, find rest, and trust him.

Has the care of souls consumed me? Jesus invites me to lay down my burdens, find rest, and trust him.

Though I was wearied by a difficult season, Newton helped rekindle my love for God and people. His letters often prompted me to stop reading and pray. Those were sweet moments, which led me to indeed “find him, in all situations, a sun, a shield, and an exceeding great reward” (143).

Similarly, the drama of my flock, which often aroused drama in my heart, was put in proper perspective by passages such as these, in which Newton mourns the death of one of his congregants:

I have lost another of my people, a mother in our Israel; a person of much experience, eminent grace, wisdom, and usefulness. She walked with God forty years: she was one of the Lord’s poor; but her poverty was decent, sanctified, and honourable. She lived respected, and her death is considered as a public loss. It is a great loss to me: I shall miss her advice and example, by which I have been often edified and animated. But Jesus still lives. Almost her last words were, “The Lord is my portion, saith my soul.” (143)

In Newton’s example, I rediscovered the beauty of being a pastor to other people. I was glad for his life, glad for his ministry, and glad to engage in this line of work, even if it occasionally depletes me. I am poor in spirit. I am blessed. Jesus is my reward. And to help people find solace in him is an additional reward—to help a bride get ready for her Groom.

René Breuel is the author of The Paradox of Happiness and the founding pastor of Hopera, a church in Rome. He has an MDiv from Regent College, Vancouver, and an MSt in creative writing from Oxford University.