Will the evangelical faith remain a meaningful, cohesive movement in the 21st century given the global spread and internal diversity it has achieved? Or will it fracture into divergent tribes and trajectories?

This is the question at the heart of Brian Stanley’s far-reaching history of English-speaking evangelicalism in the second half of the 20th century, The Global Diffusion of Evangelicalism: The Age of Billy Graham and John Stott. The book covers the fifth evangelical “age” or generation, after its birth with the awakenings of Whitefield, Edwards, and the Wesleys in the 1740s; its expansion, maturation, and social conscience with Wilbeforce, Finney, More, and Chalmers; its ecclesial dominance in the English-speaking world with Spurgeon and Moody; and its disruption by the fundamentalist-liberal debates and the birth of Pentecostalism in the early 20th century. The stage here is no longer transatlantic or even Western, like in previous ages, but global, as the seeds of the missionary movement have blossomed into vibrant indigenous movements, and advances in transportation and communication have rendered evangelicalism a global family.

It is a story, as told by Stanley’s able pen, of an unprecedented diffusion of the faith that led to geographic, cultural, and theological complexity. He writes, “[T]his period is marked by a growing diversification of the evangelical tradition as a result of its increasing cultural and geographical diffusion, as well as of divergent strategic responses by evangelicals to the inroads made by secularism into the intellectual, moral, and social fabric of Western Christendom” (27). 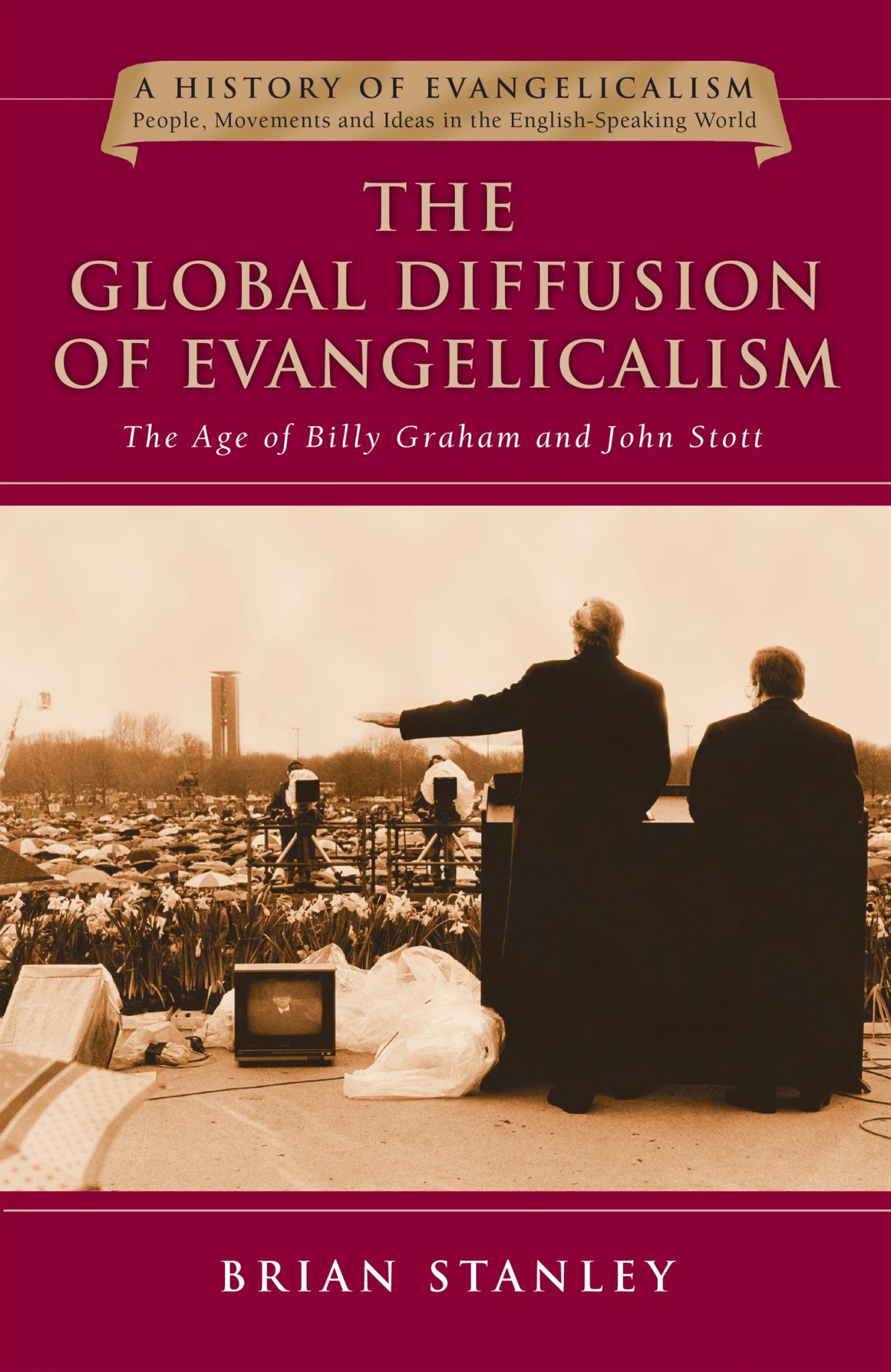 Stanley, professor of world Christianity at the University of Edinburgh and director of the Centre for the Study of World Christianity, discerns three main phases of evangelical development after World War II. In the first period, from the mid-1940s to 1960, leaders sought a “clarity of identity” beyond the fundamentalist-liberal polemics of the beginning of the century, achieved in the United States with the founding of an organ of representation (NAE), a figurehead (Billy Graham), a think tank to train future leaders (Fuller Seminary), and a voice of opinion (Christianity Today). In Britain, such middle ground was traced by leaders like John Stott and J. I. Packer in the Church of England and by Martyn Lloyd-Jones among free churches. Internationally, the evangelical search for identity and mission in this period resulted in the International Fellowship of Evangelical Students (1947), the World Evangelical Fellowship (1951), and the Lausanne Committee for World Evangelization (1974).

In the second period, running roughly from 1958–1974, the achieved consensus “held relatively firm and wielded growing influence,” as exemplified by the Berlin World Congress of Evangelism in 1966 (28). Western cultures and the foundations of Christendom changed rapidly in this period, however, and fostered numerous strategies of response. The Global Diffusion of Evangelicalism examines in detail developments in missions, scholarship and preaching, apologetics, hermeneutics, gender, and social ethics.

The third period, from 1974 to 2000, witnessed the global diffusion and ever-growing differentiation of the faith. The charismatic movement penetrated many historic denominations and led to numerous networks and megachurches alongside the classic denominations of Pentecostalism. Evangelical worship became more subjective and experiential, and some leaders sought “an integration or self-styled ‘convergence’ of evangelical, charismatic, and sacramental traditions” (240).

Yet the greatest challenge to the cohesiveness of the evangelical movement lay in the shift from a transatlantic to a Southern center of gravity. Remarkable and at times explosive growth led to large Christian populations in sub-Saharan Africa, Latin America, and in parts of Asia like Korea, India, and China. He notes the importance of the Lausanne Congress of 1974, which redefined the evangelical consensus to include global voices and addressed social issues that had not been properly engaged before. The Congress had “seminal importance for the cultural identity and future missiological orientation of the world evangelical movement,” he writes, and it launched the Lausanne Movement and subsequent congresses in Manila (1989) and Cape Town (2010) (155).

In the early years of the 21st century, Stanley notes the remarkable global success of the evangelical faith: at the center stage of American Protestantism after the decline of mainline churches; in inroads in major denominations in the UK, Canada, and Australia; ever more prominent and diffused globally (235). Yet he wonders whether evangelicalism may fall prey to its success and splinter into divergent submovements beyond a meaningful definition. It is a question raised indirectly to every reader of the book: what trajectories are being written by the current evangelical leadership? How will global evangelicalism look to a historian in 2050? Will there be much common ground between a Reformed Japanese believer, a Charismatic Finn, and an Open/Emergent Argentinian?

Stanley records pessimistic assessments that worry, for example, about the integrity of health-and-wealth gospels that fuel a large part of Southern growth, and the observation that evangelicalism has repeatedly overcome periods of much greater crisis and realignments. Yet, he concludes, arguments in Northern hemisphere circles are “unlikely in the long run to determine the future of evangelicalism [like those] in the shanty towns, urban slums, and villages of Africa, Asia, and Latin America” (247). The movement is now wider; the horizon is complex and global. The role of international networks and forums like the upcoming Lausanne Younger Leaders Gathering (now receiving nominations) will be key to mediate the conversation across continents and theological communities.

René Breuel is the author of The Paradox of Happiness and the founding pastor of Hopera, a church in Rome. He has an MDiv from Regent College, Vancouver, and an MSt in creative writing from Oxford University.