Leading psychologist Jonathan Haidt is writing a book on his new research that shows when people hear the word “capitalism,” they tend to leap immediately into visceral, close-minded responses. Some are in favor, some against; few are willing and able to pause long enough to really hear what’s being said. Haidt thinks our irrational reflex responses to the C-word play a critical role in our rising polarization and political dysfunction.

Whatever your visceral reaction to the C-word, I beg you to overcome it long enough to devote the full power of your rational faculties to Just Capitalism: A Christian Ethic of Economic Globalization by Brent Waters, professor of Christian social ethics at Garrett-Evangelical Theological Seminary. There is no book on the market today (in either sense of that phrase) that’ll more richly reward your critical attention.

Just Capitalism contains the most insightful Christian moral philosophy of economic justice (i.e., justice in economic systems) published in many years; it’s a Centesimus Annus for our generation. Whether you love capitalism or hate it, Just Capitalism will transform your understanding of it.

There is no book on the market today (in either sense of that phrase) that’ll more richly reward your critical attention.

The book is equal parts profound ethical treatise and plea for sanity. Waters calls on the church to re-examine widely held assumptions about justice and economic systems. That much could be said of many books, but Waters also points the way toward dramatically new ways of thinking about the problem of economic justice.

At the same time, Waters cares intensely about the poor and sees how our mental sloth on economic matters is endangering our most vulnerable neighbors. He prophetically entreats the church, from his heart, not to embrace economic policies that oppress and destroy the poor.

Like Centesimus Annus, the 1991 papal encyclical widely and justly regarded as the pinnacle of Christian thinking about economic systems in the second half of the 20th century, Just Capitalism in one respect distills an emerging theoretical consensus about changing economic systems. It gently but firmly insists that we recognize certain things that were once contested, but really are no longer in serious dispute.

In 1991, with communism collapsing and socialist theories discredited by devastating critiques, the time had finally come for Christians to recognize the bankruptcy of central economic planning. It’s atheistic in its implicit metaphysic and anthropology; cruel and tyrannical in its practice; and morally outrageous in its effects on human well-being—especially among the poor, who always and everywhere suffer the most under socialism. 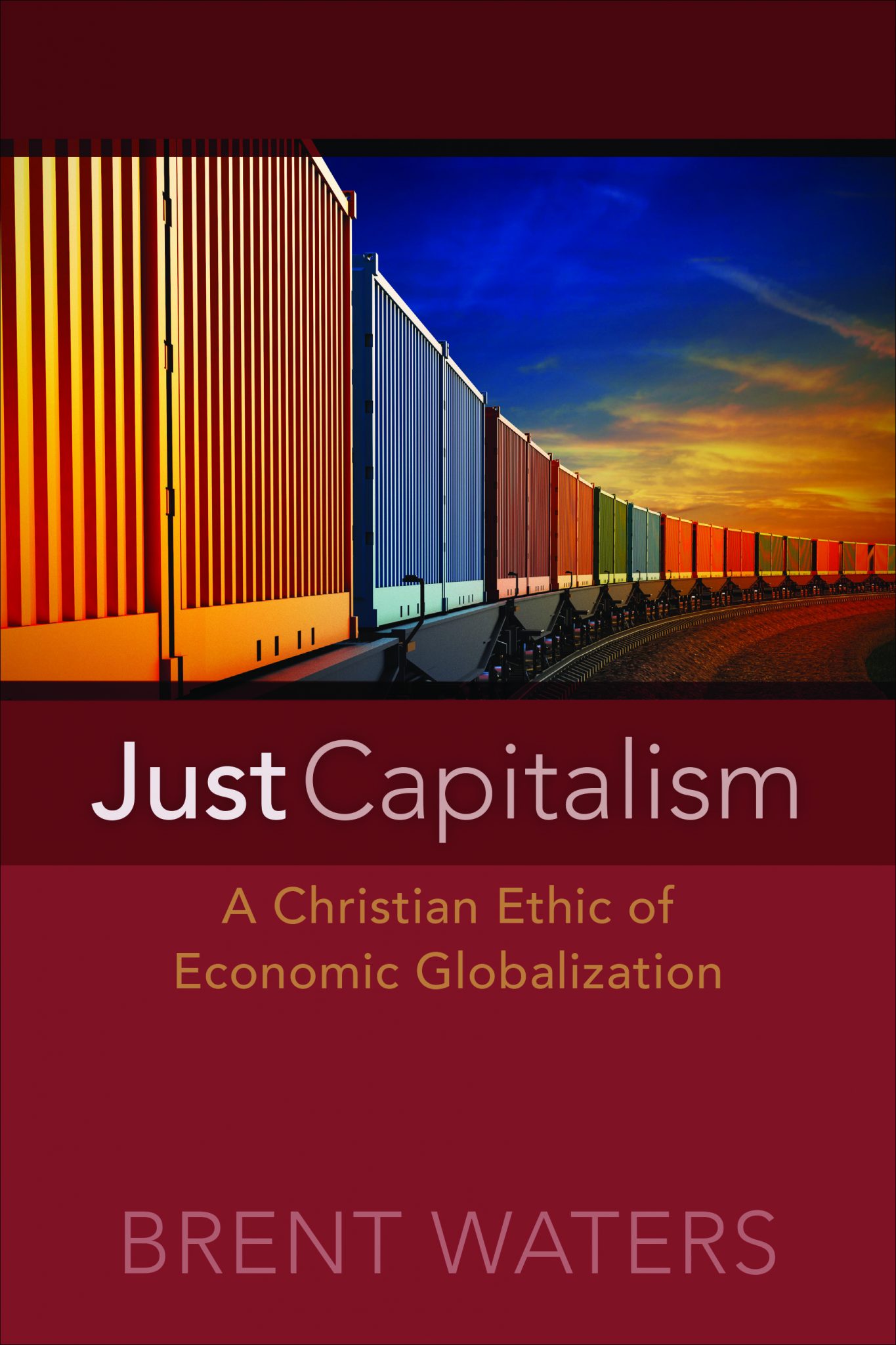 What Centesimus Annus did for the debate about traditional, national markets, Just Capitalism does for the new world of global markets, instant communication, and porous borders. The time has come to recognize there’s no theologically or morally viable alternative to globalization—which simply means giving people stewardship over their own lives and expanding the opportunity to participate in decentralized economies of exchange. That isn’t only because globalization has lifted quite literally a billion (with a “b”) people out of starvation in just the past few decades. More important, it’s because all human beings are made in God’s image to be stewards of creation in voluntary cooperation with their neighbors.

The Christian tradition of ethical thought developed an aversion to markets over the centuries under ancient economic systems designed not to create wealth, but to transfer wealth from the poor to the rich. The deep roots of our thinking still haven’t been reformed to account for the rise of mass wealth creation in the modern world.

This is the best available starting point for thinking about how we can mitigate and correct the problems of capitalism.

However, Centesimus Annus also recognized deep and abiding doubts about where the new world of markets was taking us. It expressed strong concerns about protection for the human dignity of people who had difficulty competing economically. And it pointed to alternatives for thinking about those problems that didn’t lead into the socialist trap.

Just Capitalism does the same. In this task, it’s more robustly theological than its Roman Catholic predecessor, and more insightful about the limits of capitalism than most anti-capitalist books. If people can get past their visceral reactions to the C-word, they’ll find Just Capitalism provides the best available starting point for thinking about how we can mitigate and correct the problems of capitalism.

The most basic problem is our definition of economic success. Christians have, for the most part, embraced the worldly and materialistic view that the purpose of economic activity is to make money. In doing so, they have unconsciously abetted the rise of consumerism.

Economics, however, must be reoriented toward human flourishing.

But what is human flourishing? There’s a lot of talk about it these days, and it’s becoming clear to more and more that the gospel is closely connected to it. But it’s hard to put a finger on just what we mean by this phrase. Recent works have emphasized that right relationships are essential to human flourishing, but this affirmation often remains vague.

Perhaps the most important contribution of Just Capitalism is Waters’s argument that, at least on the natural level, flourishing is primarily a result of koinonia. He explains koinonia as a state in which people are holding in common or enjoying together (“communicating,” in a technical sense of that term) the goods of creation. We were made for koinonia, and our nature cries out for it.

The life of the church, when it’s rightly ordered, offers a watching world a model for how human institutions can be arranged in a way that leads to flourishing.

That’s why the church is characterized by koinonia. That’s also why the life of the church, when it’s rightly ordered, offers the watching world a model for how human institutions can be arranged in a way that leads to flourishing. Waters has thought carefully about the sociology of the church and how it can indirectly influence other social structures:

The church satisfies this healthy longing for universal association; hence its emphasis on being catholic. Yet unlike the state and markets, its universality is not achieved at the cost of homogeneity. . . . The church’s unity is expressed in pluriform ways, for it is out of the one that the many come and not vice versa. In communicating its inherent goods, the church protects and strengthens both the freedom of individual believers and the unity of the community. . . . In this respect, the church exemplifies, in an admittedly crude way, the triune God. (154–55)

Waters argues that koinonia happens in relationships both voluntary and highly personal. It follows that koinonia isn’t primarily economic, since markets become mostly impersonal once unjust barriers to their development are removed. And it’s not primarily political, since politics is coercive, not voluntary.

But political and economic systems are essential to make koinonia possible. They’re constantly involved in creating and maintaining the conditions of koinonia. And political and economic systems must be oriented toward koinonia—must be shaped by an understanding of what koinonia is and why it’s the primary natural basis of human flourishing—in order to function well.

Public Order and the Nations

My biggest challenge to this book would be to the complacency with which it accepts the displacement of the nation by the market as the primary organizing principle of social order. If we want to call on people who don’t share a common god to recognize they share a common good, how will we justify this if not by appealing to their shared identity and history as a nation?

Waters is rightly concerned about the endless expansion of political power in the advanced modern world, which globalization limits. But he also observes that the displacement of the nation by the market “produces a population of mass consumers that are more readily controlled or manipulated by both powerful commercial and political interests” (153) and “displacing the universal and homogenous state with the universal and homogenous market is not a good exchange” (154). The moral corruption of consumerism will, if unchecked, sabotage the functioning and discredit the legitimacy of globalization, with ruinous consequences (especially for the poor).

We shouldn’t be nationalists, but we should appreciate the role our nations play in God’s plan for public order.

Churches alone can’t provide a moral counterweight to consumerism. Only our nations organize and instantiate public commitments to justice. People don’t believe in “justice” in the abstract, but in their people groups’ particular cultural constructions of it.

Unlike the state, the nation isn’t coercive; it’s part of that civil society where koinonia occurs. We shouldn’t be nationalists, but we should appreciate the role our nations play in God’s plan for public order. The world’s nations, not its markets, are the focus of global reconciliation in the New Jerusalem.

But this is precisely the kind of question one expects to be asking after reading a profound book. Suppress your visceral reflexes and sharpen your wits; Just Capitalism will not disappoint you.