It was silly, funny, sometimes crude, and sometimes evangelistic. The laughs of the audience abruptly fell silent at mentions of God and the sacrificial shedding of blood. That’s because actor Chris Pratt laced his 2018 MTV Awards acceptance speech with references to faith and grace.

He unveiled his communication strategy in his fourth point: “When giving a dog medicine, put the medicine in a little piece of hamburger, they won’t even know they’re eating medicine.” Pratt’s speech was a Trojan Horse for the grace of God.

Though it wasn’t an exhaustive guide for preaching the gospel, it was a good example of what it looks like to, as the apostle Paul says, seek an “open door for the gospel” that we might make “the best use of time” with outsiders (Col. 4:3–5). Who would have thought the MTV Awards Show would present a winsome example for talking about God? 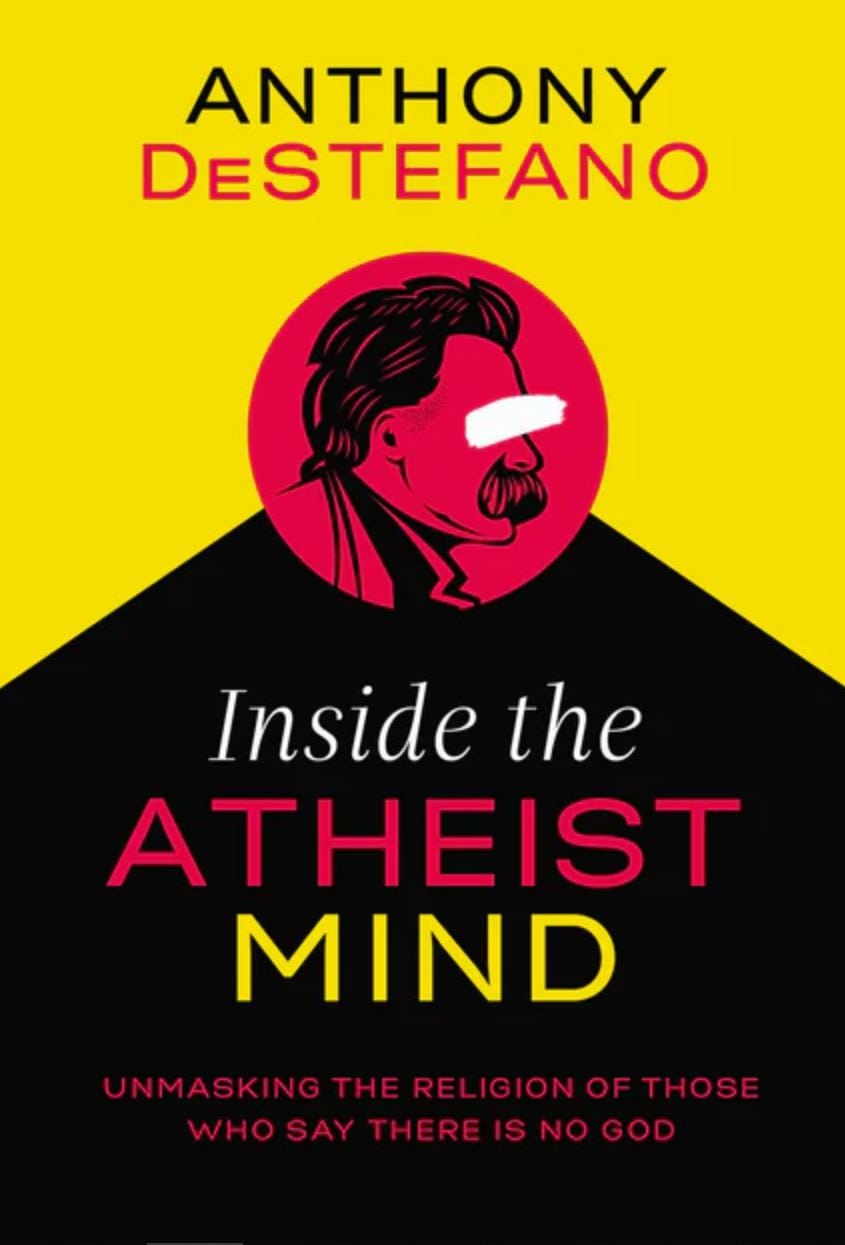 Inside the Atheist Mind: Unmasking the Religion of Those Who Say There Is No God

Inside the Atheist Mind: Unmasking the Religion of Those Who Say There Is No God

Inside the Atheist Mind

The new book Inside the Atheist Mind: Unmasking the Religion of Those Who Say There Is No God by Anthony DeStefano offers an alternative approach. If you can’t win friends and influence people, you can, as DeStefano states, “crush them.” His focus is to expose the agenda of the “obnoxious and aggressive” new atheists.

To begin with, it’s clear there are times in the Bible where a firm word of warning and judgment is leveled at some party without apology. God owes no one a rosy explanation. The prophets didn’t show up with flowers and chocolates before declaring, “Thus says the Lord.” It’s also obvious reading the Gospels that there are times when Jesus doesn’t mince words with his adversaries.

And who could be more worthy of strong language and condemnation than those who most enthusiastically deny God’s existence—the new atheists. That’s the approach DeStafano takes. “In the opinion of this writer,” he tells us, “too many works written in response to these pseudo-intellectual blowhards have been altogether too nice.”

DeStefano, a writer who lives in New York City, certainly won’t be accused of being too nice. He makes his philosophy clear for any atheist who might happen on his book: “There won’t be any coddling, respect for your views, friendly debate, dialogue, or turning the other cheek.”

At times DeStefano does distinguish between brands of unbelief—between the zealous internet evangelists and the more cautious and contemplative skeptics. But such nuances get lost in his generalizations and name-calling. At times, lines from the book are reminiscent of social media screeds. “After arrogance,” DeStafano writes, “the predominant characteristic of the modern-day atheist is ignorance—tremendous ignorance.”

But, some might contest, in the Sermon on the Mount, Jesus told us not to give to dogs what is holy or to cast our pearls before pigs (Matt. 7:6). Many scholars see this as a reference to sharing the blessings of the faith with those who despise it; some apply this to repeatedly sharing the gospel with those who reject it. After all, Jesus told the disciples as he sent them out to preach, if a village was unresponsive to the gospel they should shake the dust off their feet and move on (Matt. 10:14).

While we shouldn’t cast our pearls before swine, we also shouldn’t cover our pearls in mud and shoot them at our intellectual enemies.

Wisdom is certainly required. The apostles followed the leading of the Spirit to discern when to move on to a different city, like Paul did when he escaped at night from Damascus (Acts 9:25), and when to stand their ground, like Paul did in Rome (2 Tim. 4:6–7).

Moreover, Jesus taught us to “love your enemies and pray for those who persecute you,” showing us that if we only love our brothers—for our purposes, those who agree with us—then we aren’t doing any better than tax collectors or Gentiles (Matt. 5:44–48). In short, God expects more from us.

And while we shouldn’t cast our pearls before swine, we also shouldn’t cover our pearls in mud and shoot them at our intellectual enemies. Yes, there are some buried treasures in DeStafano’s book. There are some apologetic arguments that can and should be lifted and repurposed for use in evangelistic conversations. His tone, however, shouldn’t be imitated.

Hitch and The Everlasting Man

The last chapter of the book begins and ends with references to the late Christopher Hitchens. DeStafano includes a lengthy quote from G. K. Chesterton’s The Everlasting Man, arguing it’s something “militant atheists of the 21st century should consider carefully.”

Though not pointed out in the book, Hitchens actually did consider this passage.

On his deathbed Hitchens read hundreds of pages from Chesterton’s better-known works. In fact, the last essay Hitchens wrote was about G. K. Chesterton. Christopher Hitchens died on December 15, 2011. His essay on Chesterton was published in The Atlantic a couple months later in March 2012.

This illustrates the nature of belief and unbelief, doesn’t it? We never know where someone is on the inside, in their private world filled with unspoken questions, concerns, and doubts. We can do much harm working from assumptions, caricatures, and soundbites.

While we should try to get inside the atheist mind to better understand our unbelieving neighbors, as Christians we should do so with the mind of Christ, so that we might season our words with salt and speak the truth in love. And, if necessary, mix it with a little bit of hamburger meat.