A “skeptic by temperament and training,” Mitch Stokes understands how one could be skeptical about religion. Yet he’s dumbfounded as to how atheists seem so certain of their ideas.

Stokes—senior fellow of philosophy at New St. Andrews College in Moscow, Idado—argues in How to Be An Atheist: Why Many Skeptics Aren’t Skeptical Enough that atheists don’t take their skepticism seriously enough. He writes to give sufficient reason for someone to pause and consider this kind of skepticism and, ultimately, to show why it fails.

To begin, Stokes invites the reader—both believer and non-believer—to dive deep into the riches of a “sober skepticism” (25).

The work itself is divided into three sections, with the first two applicable to skeptics and non-skeptics alike. Part One unpacks the legacy of David Hume’s philosophical skepticism, demonstrating how his naked empiricism led to a troublesome form of skepticism. Part Two surveys the various ways science is an achievement, one Christians should celebrate. But skeptics should be careful about overstating its ability to project all of reality (141); it can’t tell us everything, though it assuredly tells us a whole lot about something—and that something is real and spectacular. Part Three is an exploration of morality from the presumption of naturalism. Stokes creatively considers implications for life and morality if naturalism were true, and if science were the only realm of true knowledge (165).

Toward the end of How to Be an Atheist, Stokes suggests moral values are subjective. Since values require a valuer, all morality is personal (237). If this is the case, then there are no impersonal values, for they’re always person-dependent (245). God, a personal being, is the standard of morality. So in this sense morality is subjective, since it’s always centered around relationships (248). What we cherish most is always personal and relational, whereas “objective” values imply this is somehow distinct from God himself (268). While I think this point is profound and a strong apologetic against naturalism, this section felt a bit strained in trying to perform (correct) philosophical gymnastics. Again, I agree with his conclusion but hoped for more clarity.

How to Be an Atheist is filled with helpful takeaways. Here are four.

First, the book is a wonderful example of charitable disagreement. It’s quite clear by the end where he stands on skepticism, naturalism, the existence of God, and other topics. But at times I had to go back and remind myself what he was arguing for—not because it was unclear but because he was presenting opposing ideas so compellingly that they sounded like his. That’s not a criticism; that’s laudable. 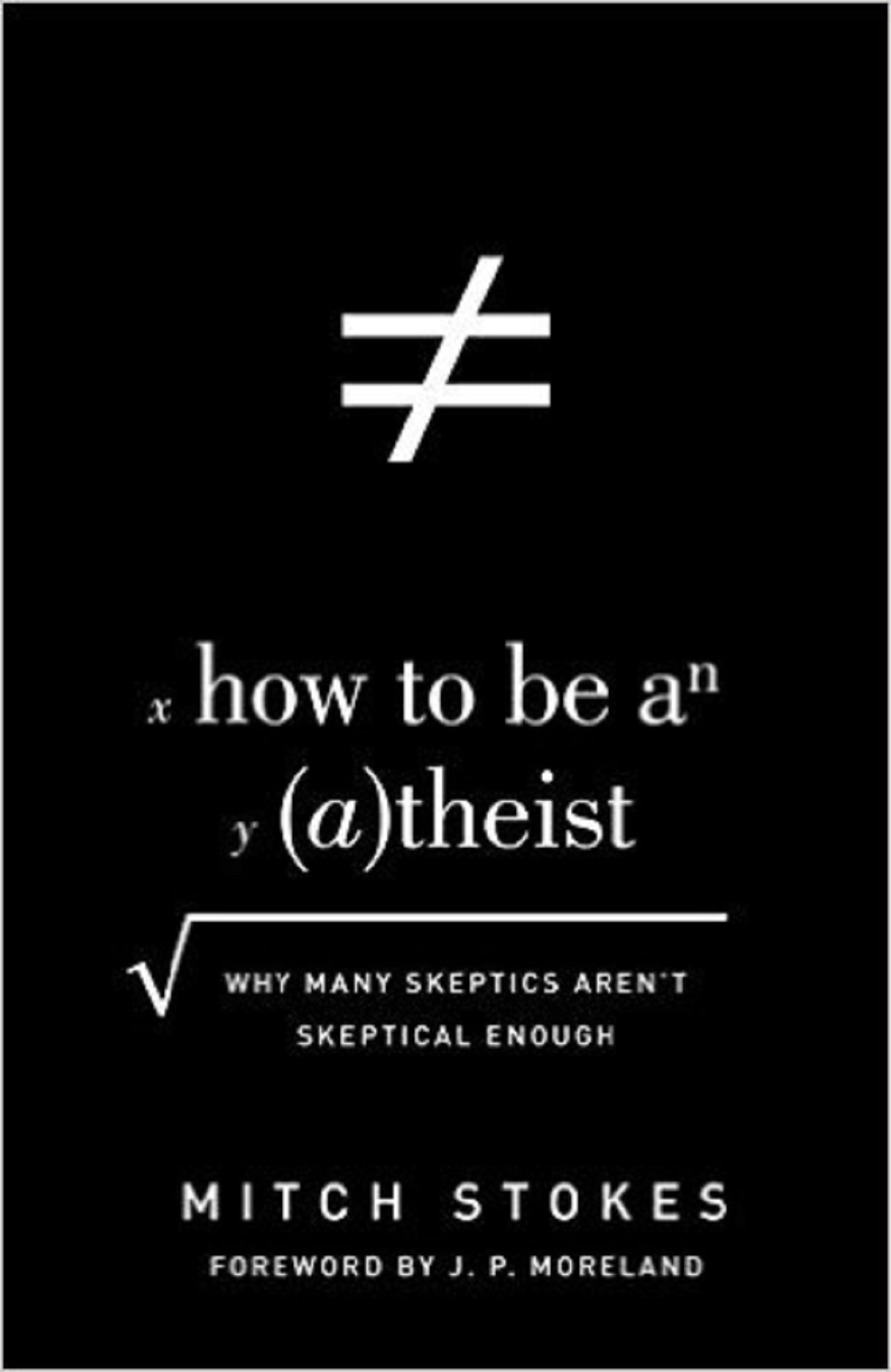 How to Be An Atheist: Why Many Skeptics Aren't Skeptical Enough

How to Be An Atheist: Why Many Skeptics Aren't Skeptical Enough

Yes, science doesn’t show naturalism to be prima facie true, but Stokes’s presentation of Hume, Kant, Alexander Rosenberg, Daniel Dennett, Sam Harris, Richard Dawkins, and many others demonstrate that you can affirm the good in your opponent without adopting their philosophy wholesale. Or, at the very least, you can present them to others in the best light possible. To paraphrase Frederick Copleston: The fact men have come to monstrous conclusions shows us the need for revelation; but it shouldn’t cause us to despair or to despise a thinker’s attempt to attain truth.

Second, Stokes provides one of the clearest summaries yet of Alvin Plantinga’s evolutionary argument against naturalism (45–55). (I’m aware Plantinga wasn’t the first to propose this argument, but his is clearly the one Stokes has in mind.) The essential structure goes like this: if we assume evolution to be true, we don’t have sufficient reason to think our cognitive faculties—memory, sense perception, reason—are reliable (50). What’s often seen as a difficult line of thinking to follow is clear in How to Be an Atheist, and serves as a helpful primer for the argument and its implications. Indeed, if Plantinga and Stokes are correct—and I think they are—skeptics should be far more skeptical about the certainty of their skepticism from their own skeptical grounds. (Say that five times fast!)

Third, some of the book’s best work is in Part Three. Stokes presents the festival of absurdities that must be assumed (and believed) in order for naturalism to work alongside moral normative standards. When über-skepticism via philosophical naturalism has its way, it inevitably leads to monstrous conclusions. If naturalism is true, there is no morality (173). Conversely, if there’s a such thing as morality, naturalism is false. And if naturalism is the ultimate criterion for truth, we lose the good of human responsibility, freedom, and personality. It becomes, to quote Roger Scruton, “a world without a face.”

Fourth, the book strikes the right balance between thorough and accessible. At less than 250 pages it’s not the shortest read, but it doesn’t feel that long. Most of the chapters are no more than 20 pages, with some as short as five or six. This should allay any concerns that any book about atheism, skepticism, and naturalism will be arid and esoteric. How to Be an Atheist could easily serve as a discipleship study for students struggling in this area, or as a textbook for Christian college course. Ordinary pastors could get their heads around it without much difficulty. It’s fast-paced and well-written.

How to Be an Atheist is refreshing, written by a man who has clearly embraced the sober skepticism set forth in his book. While some may consider this compromising, we should embrace a healthy form of skepticism that rejects from conviction rather than mere conjecture. “The believer’s skepticism should be a studied one,” Stokes contends, “not an ignorant flinch” (15).

This is our Father’s world; he owns it all and we are his. But he hasn’t called us to live in epistemological ignorance. How to Be an Atheist serves as a strong buttress against such ignorance and offers a unique angle that makes it a memorable and enduring work.

​Bryan Baise serves as assistant professor and program director of worldview and apologetics at Boyce College in Louisville, Kentucky. He is also a research fellow at the Ethics and Religious Liberty Commission (ERLC). Bryan is married with three children. You can follow him on Twitter.