The English Reformation began when King Henry VIII broke with Rome over the pope’s failure to approve an annulment of the king’s marriage. This inauspicious beginning virtually guaranteed the tumultuous and erratic history of Puritanism that followed. The Reformation was everywhere tied up with disputes over state power and the allegiances of monarchs, but nowhere more so than in England, which whipsawed between Catholic and Protestant rulers until Elizabeth I’s long reign for the last four decades of the 1500s secured the nation for her version of Protestantism. But during her tenure as queen, the term “puritan” began to appear as a term of insult against the “hotter sort of Protestant,” who felt the Reformation had not brought the Church of England fully in line with biblical mandates for church and law.

The fate of Puritanism and of the English Reformation became even more complex and fractious on the founding of the Separatist-led Plymouth Colony in 1620. Separatists believed that the Church of England was so corrupt that true believers should “separate” from it and form their own congregations. Doing that in England was illegal, however. Puritans formed their own colonies in Massachusetts and Connecticut in the 1630s. They technically advocated for reform of, rather than separation from, the Church of England, but the journey across the Atlantic effectively represented their ecclesiastical declaration of independence from that denomination.

Puritan lawyer John Winthrop secured a charter for Massachusetts—where the main events of the Puritan story in America played out—that gave the colony unusual flexibility to set up a godly church and commonwealth, free from London’s meddling. It stayed that way until the disastrous revocation of Winthrop’s charter by English authorities in the 1680s. A new charter, granted by the Protestant (but non-Puritan) monarchs William and Mary in the early 1690s, heralded the end of the Puritan cause (though not their piety) on both sides of the Atlantic. 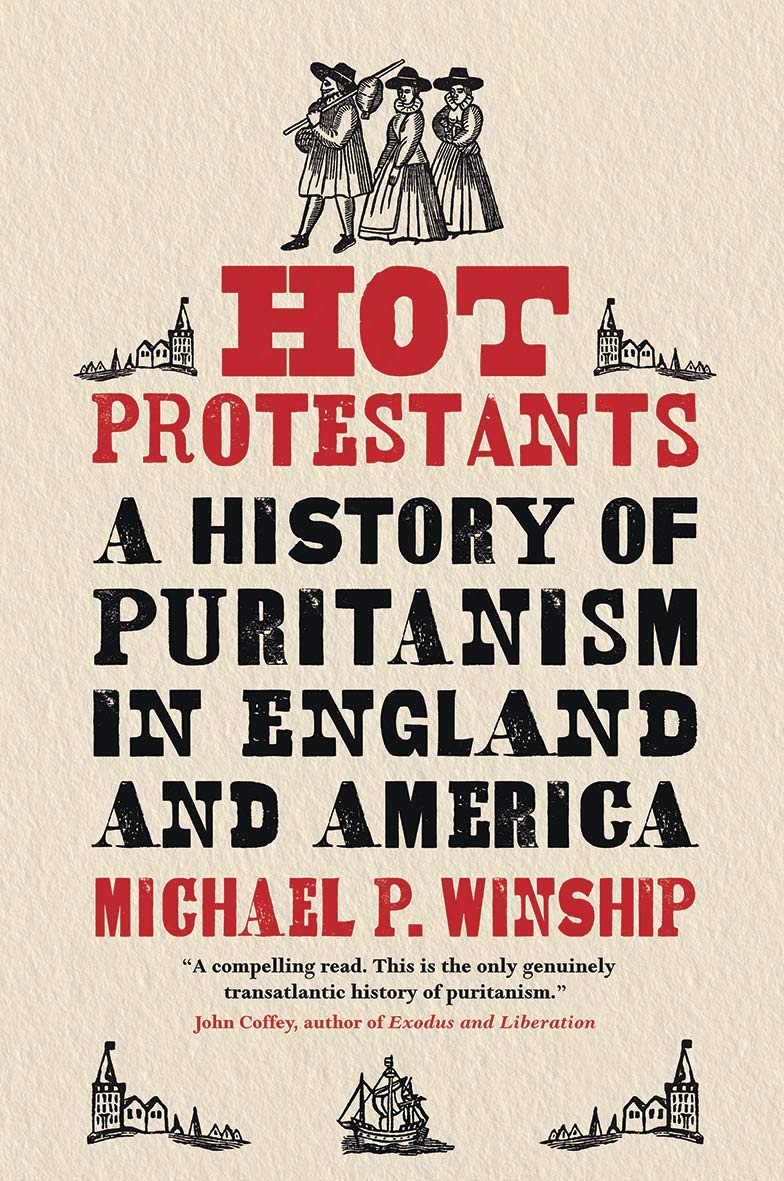 Hot Protestants: A History of Puritanism in England and America

Hot Protestants: A History of Puritanism in England and America

Begun in the mid-16th century by Protestant nonconformists keen to reform England’s church and society while saving their own souls, the Puritan movement was a major catalyst in the great cultural changes that transformed the early modern world. Shedding new light on Puritans whose impact was far-reaching as well as on those who left only limited traces behind them, Michael Winship delineates Puritanism’s triumphs and tribulations and shows how the Puritan project of creating reformed churches working closely with intolerant godly governments evolved and broke down over time in response to changing geographical, political, and religious exigencies.

Dating back to the 1800s, American historians commonly saw the Puritans as key players in forming the American “character” and its system of participatory government. Many Christians in America and elsewhere looked back to Puritan writings as special expressions of warm piety and devout biblicism. But the Puritans’ reputation fell on hard times in elite circles in the early 20th century, as they seemed out-of-step with the “progressive” political ethos of the time.

The Great Depression and the world wars, however, gave even some secular historians a new dose of realism about the human condition, and suddenly the dour Puritans seemed intellectually respectable again. The scholar most responsible for rehabilitating the Puritans was Harvard’s Perry Miller, the greatest historian of the American Puritans and the founding editor of the scholarly edition of Jonathan Edwards’s works. Miller was a self-described atheist but also a fan of theologian Reinhold Niebuhr. He admired the Puritans not so much for their biblicism or piety, but for their realism about sin and their rigorous intellectual commitment. These people acted on what they believed.

In a sense, every historian of the Puritans since the 1950s has operated in Miller’s shadow. Michael Winship of the University of Georgia is one of this generation’s leading contenders as Miller’s heir. It’s hard to imagine any one scholar ever having Miller’s titanic influence on the field again, but Winship has written a number of terrific books on the Puritans, including 2012’s Godly Republicanism (Harvard). In his newest offering, Hot Protestants: A History of Puritanism in England and America, Winship seeks to fill a need that not even Miller addressed: a single-volume, readable introduction to English and American Puritanism. Winship has succeeded in that aim, and if I were looking to assign one up-to-date scholarly book on the Puritans to students, Hot Protestants would be it. But Winship still labors in Miller’s shadow, and his book left me wondering why Winship thinks we ought to learn about the Puritans. On that question, Miller was never in doubt, even if his answers might not always satisfy a Christian audience.

Why Should We Know About the Puritans?

Puritanism doesn’t suffer today under quite the same stigma it did in the early 20th century, when the acerbic journalist H. L. Mencken assigned virtually all of America’s ills to the spirit of the Puritans. Mencken defined Puritanism as “the haunting fear that someone, somewhere, may be happy.” But today’s students still need to know why they should study or even respect the Puritans, and in Hot Protestants Winship gives us little guidance. Instead, he takes many swipes at the Puritans—perhaps in the name of readability—that may confirm students’ initial dismissiveness toward them.

Winship is no superficial pop writer, though. His command of the Puritan story in England and America is authoritative, and I’m not aware of another book that so seamlessly tells the story in such a fluid, comparative way. He does it through a number of capsule biographies of Puritan men and women, whose own stories testify to the compelling power of Puritan piety.

One of my favorites is the account of the conversion of John Bunyan, the “wandering mender of pots and pans” from Bedford, England (147). Bunyan was transformed by a conversation with a small group of Puritan women at the Bedford Congregationalist church. “The Bedford women spoke with such joy, fluency in the Bible, and signs of grace that he felt he had arrived in a new, unsettling world,” Winship writes. Bunyan came to realize his need for salvation, and grew ever-more confident “in Christ’s capacity and intention to save him” (148). Bunyan eventually became a preacher in an illegal house church, and when he wouldn’t promise to stop preaching, he landed in jail for 12 years. There he wrote Pilgrim’s Progress, which became arguably the greatest classic of Puritan faith and one of the most seminal texts of English literature.

We see in Bunyan’s story the compelling nature of Puritan faith, but Winship repeatedly intervenes to remind us why many readers today would (should?) find the Puritans aggravating and unpleasant. They were “godly busy-bodies” (18). They were sometimes almost terroristic, operating in church-takeover plots “like activated sleeper cells” (45). Mao-like, the Puritans sought to lead a “cultural revolution” (161). Observing that the Puritans (like virtually all English people in the New World) didn’t condemn slavery per se, Winship notes that “the Old Testament’s God was fine with slavery itself” (168). And he goes out of his way to note that Harvard College wouldn’t admit women (169), an unexceptional truth in a time when few men and no women went to college anywhere in England or America, a fact that wouldn’t change until 150 years after Puritanism’s end.

The book has no conclusion, which would seem stranger if it didn’t confirm the impression that Winship is simply not certain about why the Puritans matter. The movement did leave “cultural baggage” to later generations of New Englanders, an assortment of traits including “anti-Catholicism, high intellectual endeavor, communitarianism, visionary zeal, coercive, moralistic evangelism, and a participatory culture in church and state” (292). All those traits did characterize the Puritans, or at least some of them, some of the time. The Puritans themselves, however, would have seen most of those traits as serving higher ends: the glory of God and the cause of true Reformed Christianity.