A fictional book titled The Hammer of God was only a name to me when it was recommended for inclusion in a book I was composing (with Philip Ryken and Todd Wilson) on the portrayal of ministers in literature. The initial plan was to include The Hammer of God as a “one pager” in the handbook section. But it so captivated me that by the time I shared my enthusiasm for it with my co-authors, they agreed it should be one of the dozen books that received a full chapter in the main part of the volume (which was published as Pastors in the Classics).

As I gradually collected information about the author and composition of The Hammer of God, these became a source of excitement in addition the book itself, which instantly won me. The author is Bo Giertz (1905–1998), an evangelical Lutheran minister who served rural parishes in Sweden until he was named a bishop in the Swedish Lutheran Church (or Church of Sweden) at the youngest age (43) anyone had achieved that position.

Giertz wrote The Hammer of God in a mere six weeks while serving as a minister in a rural parish. It’s a truism that, with great works, authors “build better than they know” (as my Milton professor in graduate school would say). But we feel that doubly and triply when a literary author or musical composer produces a masterwork in a short span (as Handel did, composing the musical score of The Messiah in 24 days).

The Hammer of God was published in Sweden in 1941. It appeared in an English translation in 1960, and in revised form in 2005. The appearance of the book brought Giertz instant fame, being third on the Swedish bestseller list the year of its publication.

Contours of the Book

The Hammer of God is a trilogy of novellas running to some 330 pages. The format is a stroke of genius. Together the novellas tell the story of three young Lutheran ministers who arrive in the same rural parish in widely separated eras (loosely 1808–1810, 1878–1880, 1937–1940). Each is fresh from theological training and is decidedly immature. Giertz portrays two of the three as being nominally rather than genuinely Christian, and they are converted during their tenure as pastor. One of the genres thus at work is the conversion narrative. It’s combined with the archetypal coming-of-age motif, as all three young pastors attain spiritual maturity through encounters with parishioners and fellow pastors. 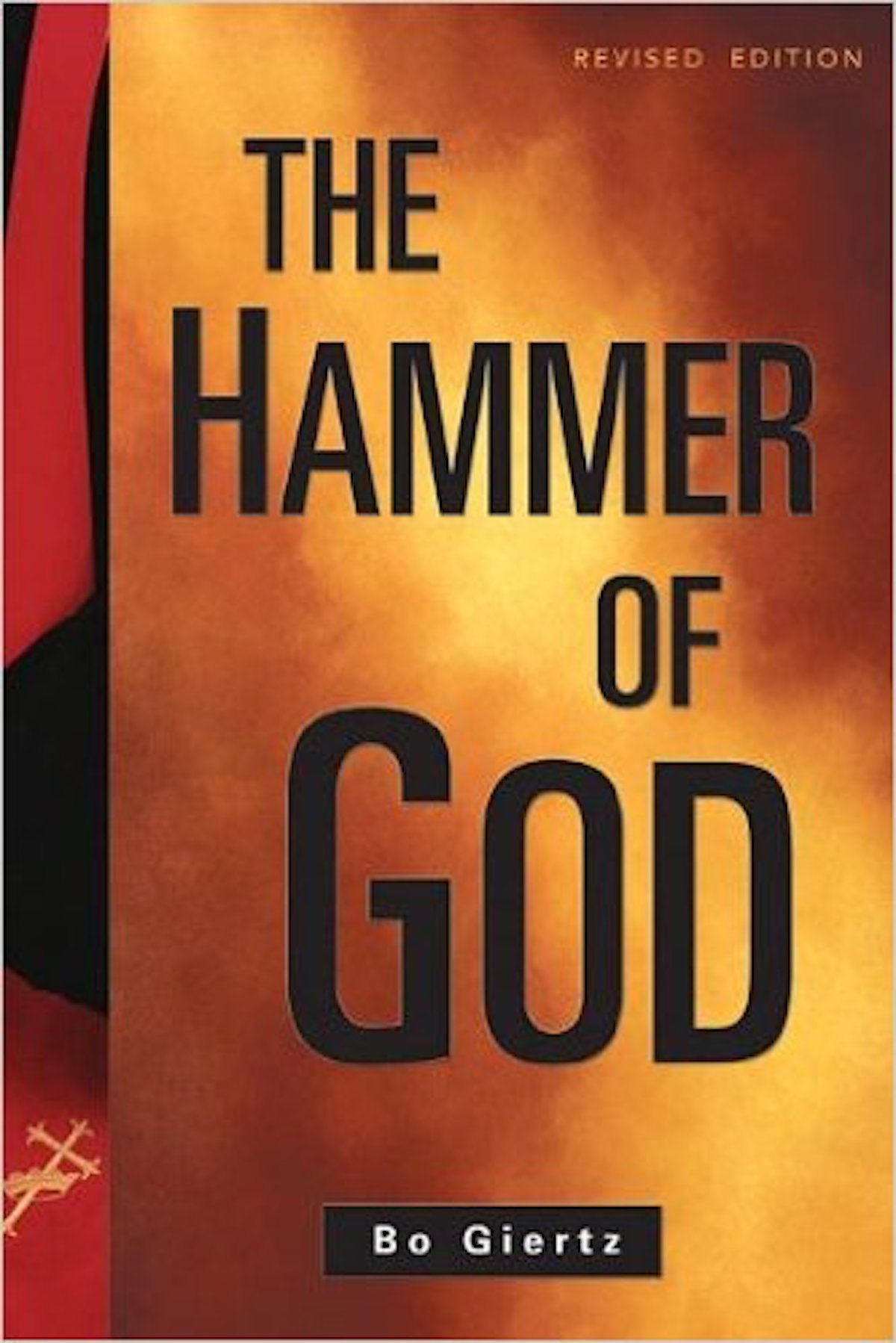 The Hammer of God

The Hammer of God

But that’s only the beginning of the threads Giertz weaves into his tapestry. In addition to the plot line of the three ministers’ pilgrimages toward mature faith, the book is a fictional history of “life in the parish” in rural Sweden during the three historical eras. This naturally results in a crowded gallery of characters, which is one of the pleasures of the book.

There is one more dimension of variety and complexity. Giertz himself underwent various transmutations regarding religious crosscurrents in Sweden during his lifetime, and he was at the focal point of some of these movements. He decided to incorporate these movements into his three stories. These movements include at least the following: theological modernism or liberalism; Pentecostalism; zealous pietism; secularism; dead orthodoxy; legalism; and revivalism. With the partial exception of pietism, Giertz is critical of all these movements, which he’s able to portray from the inside given his real-life familiarity with them.

The Hammer of God is a Christian classic. It’s Christian by virtue of its content. And it’s a classic because of its superior technique.

World-making is one of Giertz’s most obvious achievements. The Swedish landscape and social settings come alive in the pages of the story. Much of this, in turn, can be attributed to Giertz’s descriptive ability. Everywhere we turn, scenes come alive—a carriage ride through the woods by night to a dying man’s house; the dilapidated interior of a dreary parsonage in the dead of Swedish winter; worship services in rural churches; and a visit to settle a disagreement between two farmers about a dead cow. The “qualifying exam” for every story is the need to transport readers from their time and place to the world of the story, and The Hammer of God delivers the goods.

In addition to the vividness of his characters, we should note the range of people that fill out the canvas of the book. Clergymen constitute the protagonists of the respective stories, but parishioners are as important to the book as the ministers. The volume evokes a picture of church life as we know it, but in a faraway world possessing an arresting “otherness” that draws us in.

A Christian classic rises to the status of classic partly by its superior technique and entertainment value, and The Hammer of God meets that criterion. But its edification is what makes it specifically Christian.

My initial reading did for me what reading Tolstoy’s The Death of Ivan Ilych did for me as a college sophomore. It provided what John Wesley called a heartwarming experience that made me feel I was coming home to the essentials of the Christian faith. I’m also reminded of a statement the English poet Samuel Taylor Coleridge made about the Bible—that it found and penetrated him at greater depths of his being than ordinary books did.

Some Christian classics present the edifice of Christian faith from the outside, others from the inside. The Hammer of God does the latter. From the opening episode of an unconverted young pastor visiting a dying man, we’re taken inside the experiences that make up the bedrock of the Christian faith—repentance, forgiveness, the new birth, the atonement of Christ, prayer and Bible reading as means of grace. The angle from which the light falls on these experiences is historic Lutheranism, and part of the value of the book is the clarity with which it portrays great Lutheran truths.

The Hammer of God silhouettes a theme Augustine made much of in his Confessions—that God thwarts the proud. We’re also reminded of the emphasis in 1 Corinthians 1 that God chooses what’s weak in the world to shame the wise. Thus a young aristocratic graduate of a liberal seminary doesn’t know what to say to a dying man in need of assurance, while a common woman does. A confident young revivalist minister is distracted (by parish duties) from composing his Transfiguration Day sermon, so as he leaves for the pulpit he grabs a book of sermons by a historic Lutheran minister and reads one with stunning effect on the theme of “Jesus only.” A hotshot young pastor cannot reconcile two feuding farmers, while an old rector can.

All the threads I’ve mentioned converge in what’s generally regarded as the high point of the book. It occurs in the third novella and focuses on a multi-sermon Lenten service. A liberal minster preaches the first sermon on the theme that what’s important isn’t what people believe but what they do. Then a seasoned Lutheran minister preaches on the theme of “the stone foundation of the heart and the Rock of Atonement on Golgatha.” The third preacher, the protagonist of the third story, is so stunned by the power of his predecessor’s sermon that he abandons his prepared sermon and affirms the truth of the gospel as it’s just been preached.

When prominent British journalist Malcolm Muggeridge was converted late in life, he wrote of his newfound faith in a book titled Jesus Rediscovered. In it he makes a statement about Christian fiction that, for me, applies to The Hammer of God: “Books like Resurrection and The Brothers Karamazov give me an almost overpowering sense of how uniquely marvelous a Christian way of looking at life is, and a passionate desire to share it.”

Leland Ryken is emeritus professor of English at Wheaton College, where he is in his 51st year of teaching. He has published more than 50 books, including The Soul in Paraphrase: A Treasury of Classic Devotional Poems and 40 Favorite Hymns on the Christian Life: A Closer Look at Their Spiritual and Poetic Meaning.