It’s no accident many women want to be Jen Hatmaker’s best friend right now. If I learned one thing about her from her new book For the Love: Fighting for Grace in a World of Impossible Standards, it’s that she’s a hoot.

Hatmaker uses her own loose structure to address her intended audience (women) on a smattering of topics she knows they care about—community, church, fashion, entertaining, entertainment, outreach, social media, children, and marriage. These topics are tied together into chapters through her unifying theme: grace. Grace, according to Hatmaker, is “letting ourselves and each other off the hook.”

Hatmaker, a well-known writer and HGTV personality, has hit the sweet spot for today’s ubiquitous blogger/author. Readers flood the Internet with praise for her wit and sisterly wisdom. She’s like a Christian Tina Fey, and the pages of her book simply turn themselves. 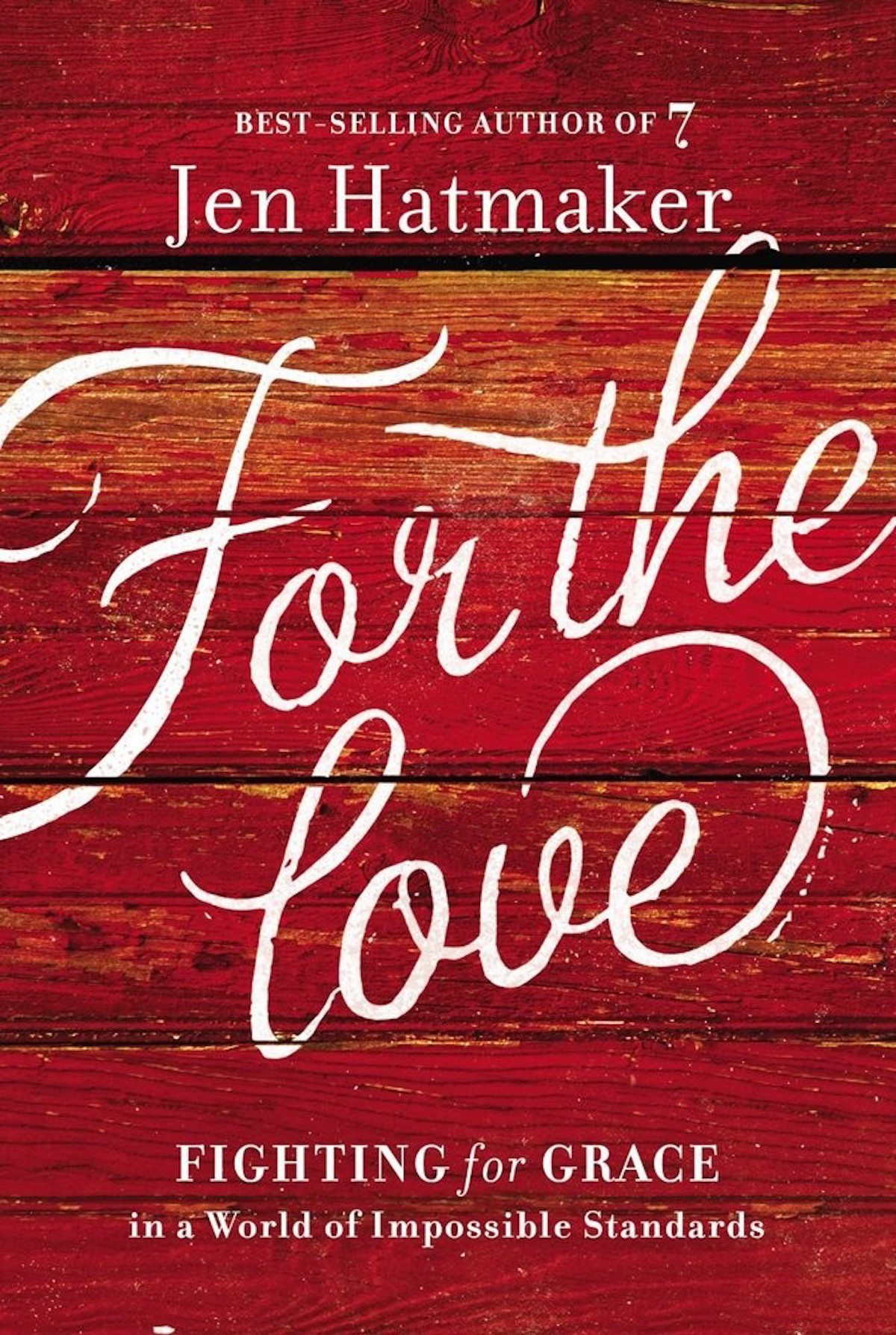 For the Love: Fighting for Grace in a World of Impossible Standards

For the Love: Fighting for Grace in a World of Impossible Standards

Even the somewhat fractured subject matter doesn’t make the reader feel jerked around, which is a testament to Hatmaker’s writing ability. Though the relationship between the subject matter and the word “grace” isn’t always clear, this doesn’t stop you from enjoying every chapter and gleaning good nuggets along the way.

Highlights for me were her chapters on marriage, running your race in your own context instead of waiting for some mysterious “calling” (reminiscent of Kevin DeYoung’s Just Do Something), and several chapters that offer an appealing picture of hospitality as ministry. Of the latter, she writes:

Instead of waiting around for church to assemble a perfect group dynamic of People Who Can Meet on Tuesdays, maybe just invite some folks over. A shared table is the supreme expression of hospitality in every culture on earth. . . . [I]f you can make a pot of chili and use a cell phone, then you can create community. If you want to wait until your house is perfect and you aren’t nervous, then just forget it. (116)

I also resonated with Hatmaker’s chapter on the modern female myth of “having it all.” No one, she says, can be a wife, mom, speaker, writer, housekeeper, cook, fashionista, and theologian all at the same time and to the same degree of excellence (although many of us have decided this is both possible and necessary).

I also appreciated Hatmaker’s comments on short-term missions (though this is probably the hardest chapter to integrate with her theme). She addresses the danger of conducting mission trips in a way that ignores the input of long-term missionaries already on the ground. On a related note, she provides a helpful litmus test for doctrine. She states that if our doctrine can’t be applied to a single Christian mother in Haiti, then it isn’t true, because “theology is either true everywhere or it isn’t true anywhere.”

It’s an age-old dilemma: how do you draw in your readers and make things palatable while simultaneously delivering content that will actually impact their lives in a meaningful way? For a writer like Hatmaker, doing detailed biblical exegesis would (for lack of a better phrase) cramp her style. Still, she has an ambitious goal in writing For the Love. In her introduction she writes:

I hope you close the last page and breathe an enormous sigh of relief. I hope you laugh out loud because you just got free. (xv)

In other words, the book is not all comedy. It attempts to address some weighty topics: ministry, missions, a woman’s role in the church, pastoral leadership, and grace.

The problem is she wants to work both angles at once. She presents herself as a generator of light fare, but then tries to construct some big-time theological positions. The latter is done in the same rather imprecise way, however, often leaving you with little to grab hold of and engage. For example, in the chapter on women’s roles in the church, she writes:

Spiritually, I grew up with mixed messages regarding a woman’s worth. Church taught that women were great in their place, but that place was pretty narrow. . . . [T]hey led at home and work, but I didn’t see their authority translate to church. I wish they’d had the permission and influence God is restoring to my generation. (199)

Hatmaker seems to simply assume a non-complementarian audience whose plausibility structure makes it obvious that the pastoral office ought to be open to women. But if you’re going to charge the church through the ages (including the church of your childhood) with oppression for barring women from leadership positions, it’d be helpful to interact with the texts on which the view is based.

Instead, we’re simply told that the Bible “was used to subjugate women for centuries” (201). Which parts of the Bible? We don’t know. She quotes Paul’s words in 2 Timothy 2:15 as marching orders for women’s ministry (201) while being silent about his words in 1 Timothy 2:11–15—despite the fact that the latter passage deals with her subject much more directly.

In another chapter, you encounter the following, trying to interpret her commentary on the gospel in the most charitable way possible:

We tend to formulize the mysterious, opting for a more manageable gospel than the wild, unpredictable one we have. We’d like one with clearer edges and better boundaries. . . . God has rescued people in and out of church, in and out of religions, and in and out of traditions since time began. He operates in truly mysterious ways we won’t know of until heaven. (194, 195)

Statements like these aren’t necessarily endorsements of inclusivism or misinterpretations of the gospel, but one senses Hatmaker is trying to go a step further than the message of the chapter—“By this everyone will know that you are my disciples, if you love one another” (John 13:35). You’re just not sure what that step is.

I don’t mind a Christian author writing lighter fare, but if you’re going to address big-ticket items, you need to use Scripture to substantiate your arguments. If you’re really aiming for the edification of her readers—as I think Hatmaker is—this would be a better approach.

One major symptom of this book’s thin scriptural content is Hatmaker’s use of the word “grace.” She uses her humor well to encourage realistic expectations of our own performances, relationships, and friends and family. But when she’s got a wide-open shot to talk about the Christ who died to bring us the costly grace that motivates and enables this “letting each other off the hook,” she doesn’t take it.

It’s not that Hatmaker is trying to avoid the topic; in the introduction, she leads with statements like “This grace thing is no joke. We get to live a free life. So do other people because God gave us Jesus, who fixed everything” (xvi). But after a rollicking good time in the 200-plus pages that followed, one reaches the end feeling that her overall use of the word “grace” was a little hollow.

When someone sets out to give me a sigh of relief, and the empowerment to give grace to those around me, I need more than this. I need Scripture—I need Christ himself—in order to breathe that sigh of relief. A hilarious woman reminding me that my kids don’t have to wear designer clothing just isn’t enough.

Hatmaker is clearly a cheerleader for women. She has a wealth of humor and wisdom, and she certainly inspires. I recommend For the Love, especially to women looking for a good laugh and some creative thoughts about service and community, but be aware of what the book lacks—theological clarity and a fully developed presentation of grace.

Next time, I hope to see Hatmaker wield Scripture as effectively as she wields her comedy.