J. D. Greear, lead pastor at The Summit Church in the Raleigh-Durham area of North Carolina, defines the gospel as “the announcement that God has reconciled us to himself by sending his Son Jesus to die as a substitute for our sins, and that all who repent and believe have eternal life in him” (5). The central theme of Gospel: Recovering the Power that Made Christianity Revolutionary can be aptly summed up in a sentence near the beginning of the chapter 1: “the gospel is not just supposed to be our ticket into heaven; it is to be an entirely new basis for how we relate to God, ourselves, and others” (9). The same idea is expressed in a metaphor that brackets the book: “the gospel is not merely the diving board off of which you jumped into the pool of Christianity; the gospel is the pool itself” (248; cf. 21).

The book is divided into three sections. In Part I, Greear argues that only the gospel can generate the love for God that fuels all true obedience (chapter 1), and then demonstrates that religion is unable to cause true change in our lives because it doesn’t address the idols and functional saviors of our hearts (chapter 2). The influence of Tim Keller is palpable in this section, which serves almost as an introduction to the rest of the book and could be read by itself as a primer on a gospel-centered approach to sanctification. Part II, the backbone of the book with its most distinctive ideas (chapters 3–11), is a lengthy explication of Greear’s “gospel prayer,” which consists of four assertions:

This section is worth a slow and meditative read for its helpful treatment of such practical topics as justification and identity, satisfaction in beholding God’s glory, forgiveness in relationships, generosity in tithing, sacrifice in mission, boldness in prayer, and contentment in unanswered prayer. I found my own heart continually stirred by Greear’s demonstration of the relevance of the gospel to everyday situations. His “gospel prayer” is an outstanding practical resource for Christians to briefly remind themselves of the gospel on a regular basis. I’ve printed it out and put it on my dresser as a daily reminder.

Greear anticipates various questions that may have come up throughout the book. Chapter 12 addresses why there are commandments in the Bible at all if the gospel has the fundamental role of causing growth and change in a believer’s life. I wonder if this chapter could be improved by a more thorough engagement in law vs. gospel discussions in church history (for example, Lutheran and Reformed discussions of the three use of the Law). I know that Greear is writing at a non-technical level, but these conversations form helpful categories of thought that I think could have steered Greear’s discussion in clarifying directions—for example, there was a bit of fuzziness (in my mind, anyway) as to how his second reason why the New Testament has commandments (“obedience to the commandments limits the damage of our sin”) relates to his overall gospel-centered approach. I also wonder if Greear’s discussion of the role of the law in the believer’s life might be improved with greater reference to the doctrine of regeneration, the reality by which God implants new law-adoring impulses into our hearts by his Spirit (cf. Psalm 119).

The strength of chapter 13, “What Is the Right Way to Work for God?” comes with its helpful list of practical suggestions for Christians to get to work serving the kingdom (217–218). There are questions a thoughtful reader might hope for Greear to address in this chapter that remain unexplored. For example, Greear does not foray into issues concerning the roles of indicatives and imperatives in the Christian life that Christians have struggled over for centuries (or see the most recent debate helpfully summarized by Justin Taylor). But perhaps that was simply not Greear’s purpose, and what he does say amounts to a helpful reminder from 2 Samuel 7 of the dangers of working for God from non-gospel motivation. 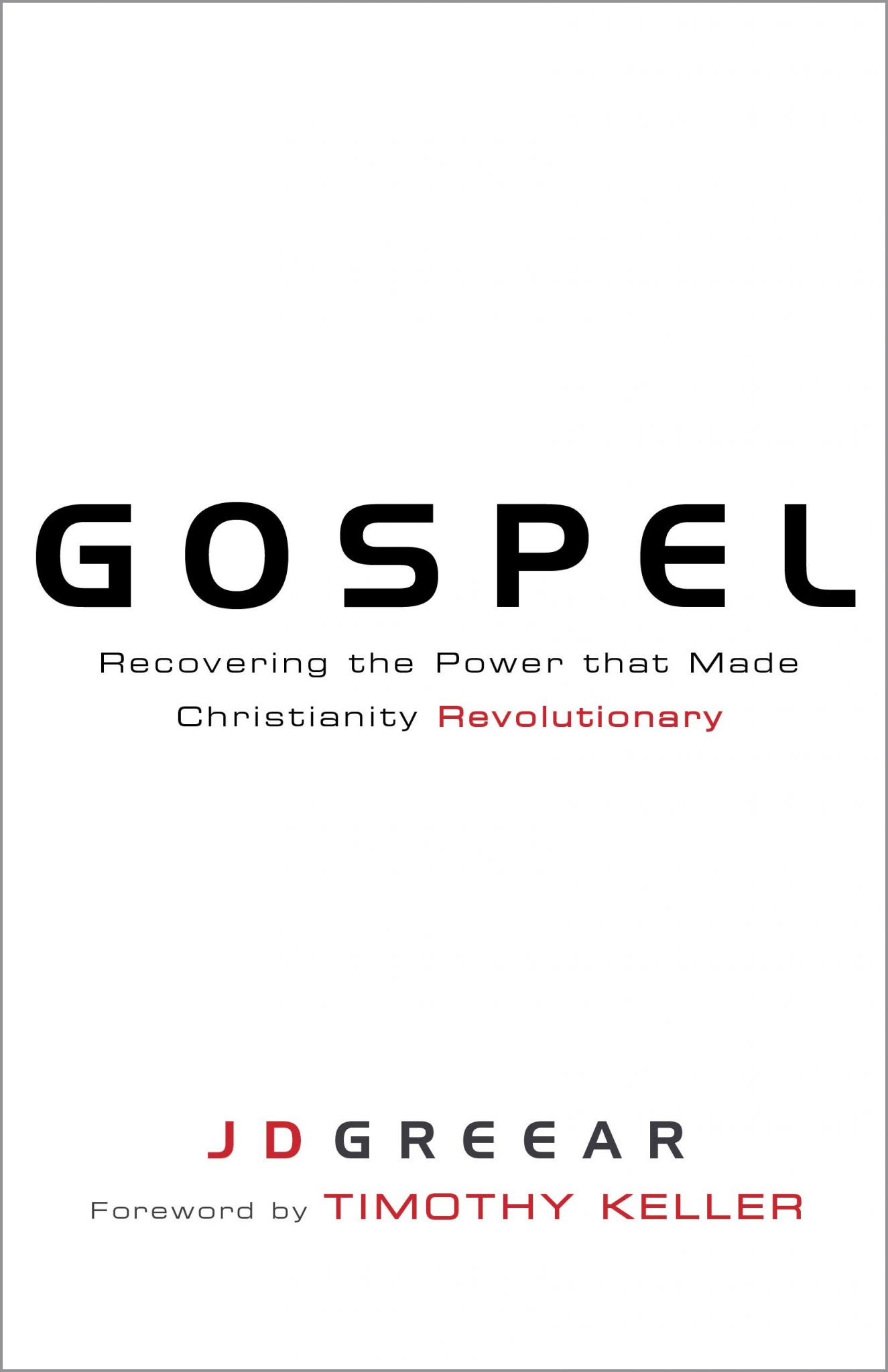 Gospel: Recovering the Power that Made Christianity Revolutionary

Gospel: Recovering the Power that Made Christianity Revolutionary

Could the gospel be lost in evangelical churches? In this book, J. D. Greear shows how moralism and legalism have often eclipsed the gospel, even in conservative churches. Gospel cuts through the superficiality of religion and reacquaints you with the revolutionary truth of God’s gracious acceptance of us in Christ. The gospel is the power of God, and the only true source of joy, freedom, radical generosity, and audacious faith. The gospel produces in us what religion never could: a heart that desires God.

Chapter 14 addresses what a gospel-centered church looks like, and makes a significant contribution to the rest of the book. He notes common emphases at different kinds of churches that can replace the functional importance of the gospel, draws principles from the book of Acts as to what the gospel looks like in a church setting, and tells the story of his own church’s engagement with its community. The book’s conclusion summarizes and highlights many of the themes from Part I.

My criticisms of chapters 12 and 13 pertain to relatively minor issues. On the whole Gospel is an outstanding resource that will remind its readers of the transforming power of the gospel.

Greear’s explication of gospel-centeredness feels at times directed against the subtle legalism of his upbringing in the Southern Baptist setting. While post-Christian readers in Boston or Portland may not identify with Greear’s illustrations and overall orientation quite as easily, this could be the book to give readers who have been saturated with much Bible-belt religion but had correspondingly little exposure to the gospel.

Fundamentally, it seems to me that Greear’s book belongs to a movement (can we call it that?) of a growing number of younger voices in reformed/evangelical/TGC circles advocating some species of “gospel-centeredness.” As Tullian Tchividjian’s blurb puts it, “with this book J. D. Greear solidifies his position on a team of young evangelical voices calling the twenty-first century church back to the gospel.” As with other voices on this “team,” Greear has debts to both Tim Keller’s distinction between the gospel and religion as well as to John Piper’s Christian hedonism, blending these ministry emphases together with a missional thrust. In this light, one of the things that makes Greear’s book most refreshing was the authenticity and humility that avoids making gospel-centeredness sound formulaic, or worse, smug (“those people aren’t as gospel-centered as we are”). Particularly noteworthy in this connection is the book’s second appendix, “A Gospel-centered Warning to Young Zealous Theologians.” The following anecdote from this section is worth closing with for consideration of readers of this website:

Recently I talked with a little old lady who had been my Sunday school teacher at the very traditional church in which I grew up. She said, “You know, as I lose more and more friends to heaven, I often wonder what it is really like up there and what I should be looking forward to. I know they say there are streets of gold, but that doesn’t seem to excite me very much. The one thing I really want to do is see Jesus.” This lady has never heard of John Piper and has no idea what The Gospel Coalition is, but . . . she loves Jesus, and that is the whole point of gospel-centeredness (italics mine).