When most people hear “Dickens” in our age they think of A Christmas Carol or perhaps a visually stunning PBS broadcast of a mini-series such as Little Dorrit. The snobbery toward literary fiction of any length has combined with the passage of time to eradicate Dickens from most readers’ shelves—except as token volumes in ostentatious binding as a part of home décor.

Gary Colledge’s helpful work, God and Charles Dickens: Recovering the Christian Voice of a Classic Author, published on the 200th anniversary of the author’s birth, urges Christian readers in particular to consider rescuing Dickens from the literary quicksand of the past. Dickens was among the most popular writers of the 19th century, and if his prolapsed page counts frustrate impatient readers, they were savory banquets for his contemporaries, who purchased serialized versions of his work and then repurchased the entire book when collected under a separate title. Colledge, adjunct professor at Moody Bible Institute in Chicago and Walsh University in Canton, Ohio, proposes that Dickens’s voice is as relevant today as it was in the past, as his works address significant issues of poverty, justice, personal hypocrisy, and faith. Colledge notes, “Unless we account for Dickens’s committed Christian worldview, we may very well miss much of what regularly helped to shape his ideas and his meaning” (16).

Most literary scholars have brushed past Dickens’s faith, either boxing it into Unitarianism or mere spirituality, but Colledge places Dickens squarely in the context of the Anglican lay faith that was culturally apt and deeply personal. “In Dickens’s mind, Christianity was not . . . about guarding a system of doctrine, advancing the programs of the church, or giving intellectual assent to a given data set,” Colledge writes. “Christianity was about imitating Jesus in the concrete realities of everyday life” (17). Working from Dickens’s letters and the best of scholarship, Colledge asserts that the author’s Christian faith was so vital that it can still speak to us today.

Colledge reveals Dickens’s passion for Christ, calling him a New Testament Christian who adored the idea of the Savior who loved the world; the “definitive work in the Dickens corpus,” we are told, is The Life of Our Lord, an under-read and under-appreciated harmony of the Gospels written for the author’s children. Reading this section, I couldn’t help but think of Thomas Jefferson’s rejection of the supernatural elements of the New Testament, or of prominent leaders who call themselves “red letter Christians.” But Colledge makes it clear that as Dickens embraced the moral teachings of Christ, he also clung to the orthodoxy of the miracles and the resurrection. Dickens was, after all, a relentlessly joyful and optimistic writer, and those supernatural elements doubtless appealed to him. It is easy for someone rooted in the hope of the gospel to give expression to that hope in his writings. 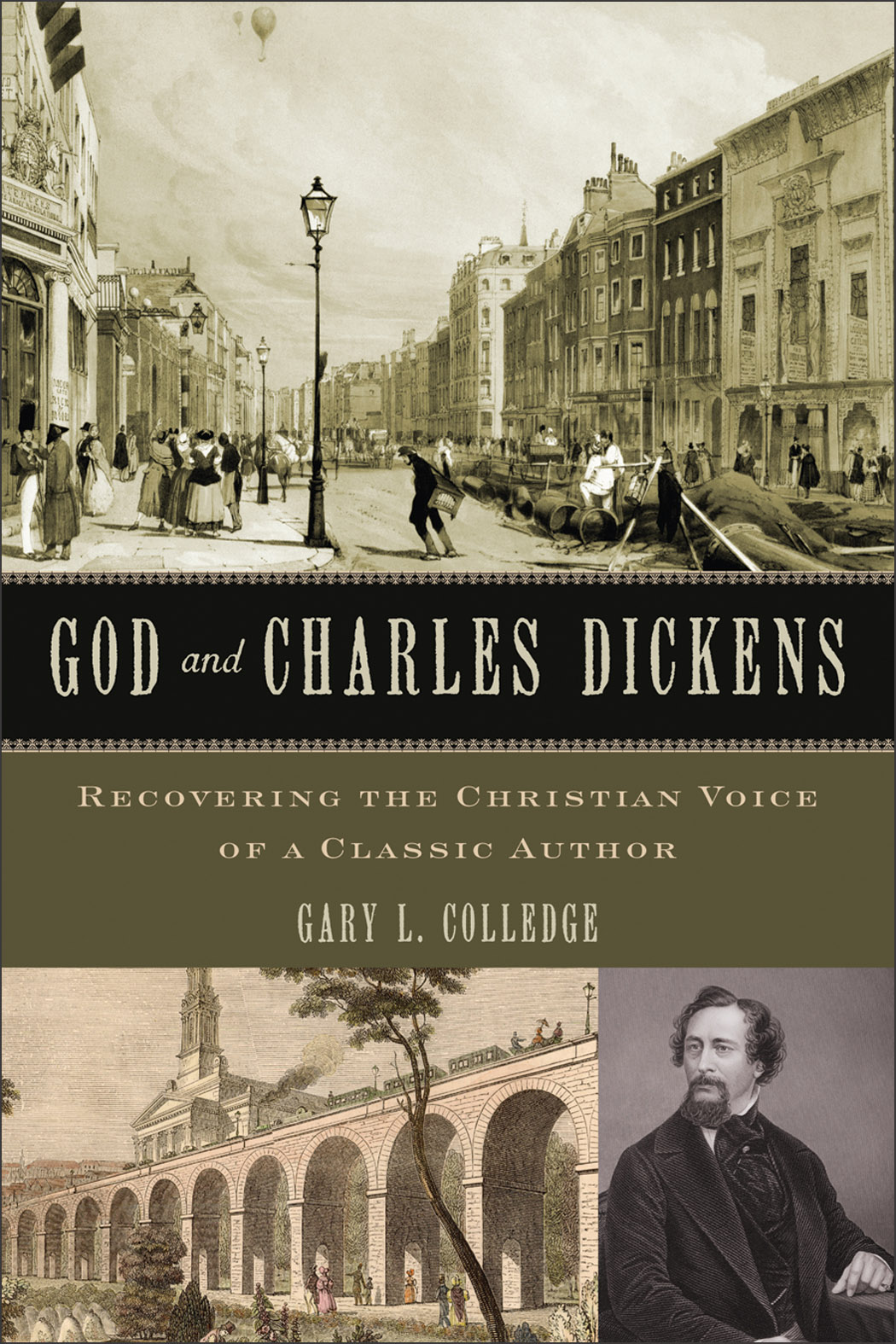 God and Charles Dickens: Recovering the Christian Voice of a Classic Author

God and Charles Dickens: Recovering the Christian Voice of a Classic Author

This historical work is written for pastors, students, and laity alike. Chapters look at Dickens’s life and work topically, arguing that Christian faith was front and center in some of what Dickens wrote (such as his children’s work The Life of Our Lord) and saliently implicit throughout various other characters and plots. Since Dickens’s Christian side is rarely considered, Gary Colledge illuminates a fresh angle of Dickens, and the 200th birthday makes it especially timely.

Dickens had theological shortcomings, of course, and shared many progressive dislikes of the pricklier aspects of orthodoxy, particularly those rooted in the Old Testament. For example, “Dickens took extreme exception to the concept of God as lawgiver and Judge, especially as it was conceived in the Calvinism of his day” (105). Indeed, he offered hardly any good words toward the activist evangelicals of his day. Evangelicals familiar with Dickens may be tempted to steer clear of him because of his well-deserved reputation as hostile and even cruel in his depictions of evangelicals as pompous and detached from reality. Colledge argues, however, that Dickens was fervent about the importance of the church at work in the world in effecting justice. His hostility toward foreign missions was not enmity toward missions but rather toward ministries that sent funds and personnel overseas while ignoring the beggars and orphans outside their own doors. This view continues to be worth considering.

God and Charles Dickens suffers a bit from the all-too-common problem associated with books of this kind: it is too theological to be literary and too literary to be theological. Theologically oriented readers will be frustrated by Dickens’s locus on the range of orthodoxy, finding in the author’s progressive tendencies enough cause to remain wary of the fiction. Literarily oriented readers will find the implicit nature of Dickens’s faith to be faint enough to be overlooked without Colledge’s background sketching. This is the result, of course, of an intentional approach in Dickens’s writings, as he preferred subtlety to overt bludgeoning. There is wisdom indeed that our age may find in the lives of Dickens’s literary characters, who “are simply people who go about being who and what they are. . . . To that end, Dickens wrote to Christians to encourage, exhort, and admonish them toward the imitation of Christ” (122). Dickens himself embodied this in his intense work for charity and social change for the sake of the gospel.

Colledge offers a passionate case, both well-researched and well-written, that we should find much to embrace in Dickens’s stories. Dickens is an example of what a lay person dedicated to Christ can accomplish through art, as well as through a life of service well-lived. As George Orwell observed about Dickens, “He is always preaching a sermon, and that is the final secret of his inventiveness. For you can only create if you can care” (xvii). Colledge himself reminds us, “The church needs and benefits from the theologically informed and engaged layperson. Dickens was one of them” (83).

Colledge pulls no punches about Dickens’s failures (including his shallow marriage and apparent affair). But he reminds us that Dickens perhaps believed in grace so deeply because he understood his own need for it, which resulted in his great heart for the gospel and for humankind.

Gene C. Fant Jr. serves as provost and professor of English at Palm Beach Atlantic University in West Palm Beach, Florida. Most recently he is the author of The Liberal Arts: A Student’s Guide (Crossway, 2012).

2 Sisters, You Have Permission to Lead an Ordinary Life

4 How to (Honestly) Face the Oddities of the Bible