Over the past couple years, denominations with roots in the American South have done significant work pursuing racial reconciliation. Last year my own denomination, the Presbyterian Church in America (PCA), confessed sins of racism from the civil rights era.

The Southern Baptist Convention (SBC) has also been working to repent of its racist past. Last year, the denomination encouraged its members to discontinue displaying the Confederate flag. This year, after a confusing start, SBC messengers denounced the “alt-right” movement as a virulent and destructive form of racism. It’s hard to think of a conservative denomination that has been more aggressive in denouncing racism. 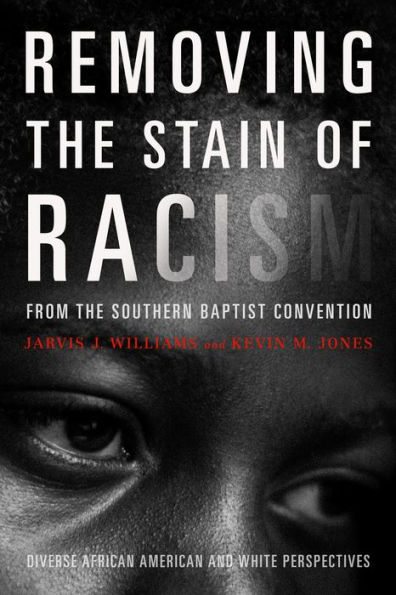 Removing the Stain of Racism from the Southern Baptist Convention: Diverse African American and White Perspectives

Removing the Stain of Racism from the Southern Baptist Convention: Diverse African American and White Perspectives

But there’s still a long way to go, as the new book Removing the Stain of Racism from the Southern Baptist Convention: Diverse African American and White Perspectives points out. Editors Jarvis Williams (associate professor of New Testament at The Southern Baptist Theological Seminary) and Kevin Jones (associate dean at Boyce College) recruited a team of black and white SBC leaders to engage denominational racism from historical, biblical, theological, and practical angles. The result is a helpful book for Southern Baptists and other evangelicals wrestling with historic patterns of racism and working toward repentance and reconciliation.

Racism Past and Present

The book makes it clear that racism isn’t simply a historical issue in Southern Baptist life. To be sure, sins of racism play a huge role in the denomination’s history. Essays by Albert Mohler and Matthew Hall confess that “the SBC was not only founded by slaveholders; it was founded by men who held to an ideology of racial superiority and who bathed that ideology in scandalous theological argument” (3).

This racist ideology continued to be influential into the 20th century. Hall notes that one way Southern Baptists “delegitimized” the civil rights movement was to “argue that civil rights leaders were Communists intent on undermining American democracy and on fomenting sexual chaos through racial intermarriage” (12–13).

Several stories in the book from current black leaders demonstrate racism still exists in the SBC. Walter Strickland tells a story about talking to an older, white scholar about his dissertation, which focused on the intersection of theology and culture in the civil rights movement. The scholar’s response: “When are you going to do ‘real’ theology, and what will you write about when you do so?” (54).

Even with all the resolutions on race relations passed by the SBC, it’s clear racism is a deep pattern of sin that requires ongoing intervention.

Fighting Racism with Scripture and Theology

To fight racism in the church, Williams offers a biblical account of race, racism, and repentance. The chapter condenses his argument in his outstanding book One New Man and thoroughly covers the biblical material.

Williams notes that the Bible does talk about race, but it does so outside of modern “pseudoscience” that sought to reify white superiority. The fundamental biblical racial distinction was between Jews and Gentiles, and the gospel tears down the dividing line between them; God’s intention is to create “one new humanity” (28–29).

Strickland argues that Revelation 7:10 pictures both the unity of God’s people around his throne while also displaying their diversity. There’s no church aside from this one, and it’s gloriously diverse, with people from every tribe, nation, and tongue. Shouldn’t our churches and denominations reflect this reality now?

Steps to Remove the Stain of Racism

Several chapters offer practical steps to remove the stain of racism. Kevin Smith points out that the pulpit is the God-ordained means for changing hearts and minds and motivating racial reconciliation. Beyond preaching God’s Word, he urges patience while churches and the SBC work to develop and promote minority leadership (78).

To raise up such leaders, Jones advocates for seminaries to include more diverse voices in the curriculum—especially African-American scholars—and to work harder to prioritize minority scholarships (94–95, 99–100). Taking these steps will enable the SBC to better reflect the racial unity that the gospel produces and demands.

As a minister who has worked on racial issues in the PCA, I was challenged, encouraged, and prodded by this book from my Southern Baptist brothers. This book will help churches remove the stain of racism and better reflect the transforming power of the gospel.