As I read Randy Newman’s Engaging with Jewish People: Understanding Their World, Sharing Good News, I was reminded of my only experience of being a prophet. A friend was due to give a talk about Jesus at a girls’ school in Hampstead, London, and she’d heard that one of the Jewish students was planning to attend. My friend called me (a Jewish believer in Jesus) to find out how the girl might respond to the talk. I said, “She’ll come straight up to you afterward and say, ‘Jesus didn’t do what the Messiah is supposed to do.’” The day of my friend’s talk came, and that evening I got a phone call from her. There was a new note of respect, even awe, in her voice—the girl had indeed come straight up to her and said those very words.

That story shows the need for Newman’s book, which addresses the particular challenges of sharing the gospel with Jewish people. Newman is himself a Jewish follower of Jesus, and he begins with the compelling account of how he came to faith. His testimony is the first of five stories woven through the book of Jewish people putting their trust in Jesus. In all but one, Gentile Christians played a significant part in the process. This example underlines the importance of what Newman seeks to do: In order to reach the huge number of unsaved Jewish people, we need all believers to join in with the task, and we need them to be well prepared.

Some of the book’s background information about Jewishness may be surprising to Gentile readers. For example, Newman—who is a senior fellow for evangelism and apologetics at the C. S. Lewis Institute—points out that some Jewish people take religious observance seriously even though they themselves don’t believe in God. The following discussion between Newman and his grandfather closely resembles one I once had with a member of my own family:

My grandfather faithfully attended worship services every Friday evening and every Saturday morning at the Orthodox synagogue in his neighborhood, but once told me he didn’t believe in God! “How could anyone believe in a God who would allow the Holocaust?” he said to me. When I asked him why he still went to synagogue, he looked at me with a puzzled look, shrugged his shoulders, and said, “Because I’m Jewish!”

Readers may also be surprised by the strength of Jewish hostility toward Christianity. As Newman says, “Your asking them to join Christianity may seem as alien or as distasteful as asking them to join a local neo-Nazi party.” The reasons for this response stretch far back into history, and while some might be unfair (the Holocaust is often wrongly attributed by Jewish people to Christianity), others are grounded in fact. Martin Luther, for example, was horrifically anti-Semitic in later life, declaring in his book The Jews and their Lies that synagogues should be burnt to the ground and the homes of Jewish people destroyed. As a result, it’s harder than one might expect to explain that persecution of Jews in Jesus’s name has never been in line with Jesus’s will.

Perhaps most surprising of all is the possibility that a Jewish person may agree that Jesus is the Jewish Messiah, and yet still refuse to follow him. Discussing this predicament, Newman says, with sympathy,

No matter how convinced some Jewish people might be that Jesus really is the Messiah and that they must trust him for salvation, they may continue to refuse to take that step of faith. . . . Their head tells them one thing and their heart tells them another. Their individual intellect cannot deny that Jesus is who he claimed to be. But their communal loyalty makes them feel like a traitor. 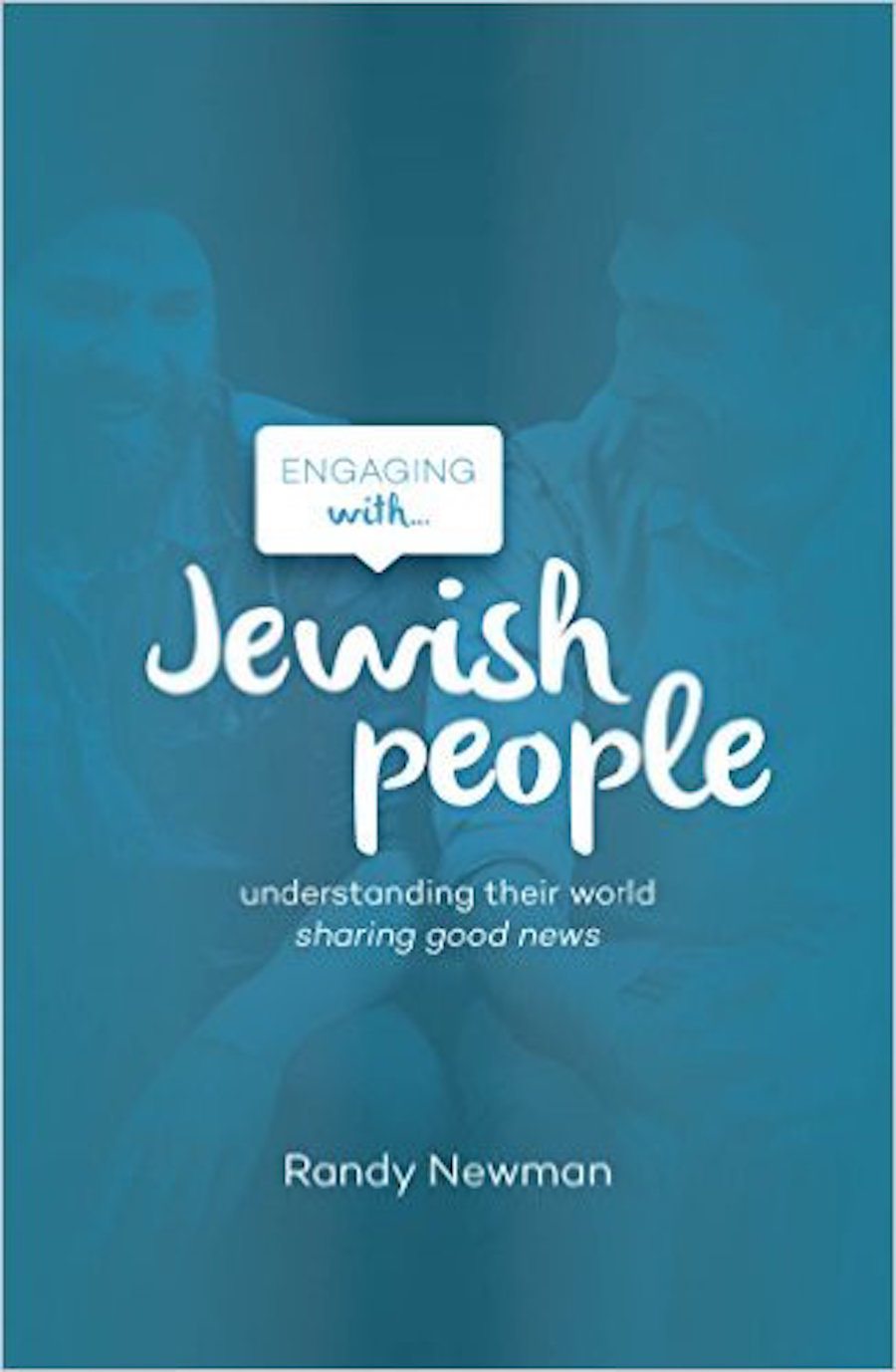 The scale of the task is daunting. But Newman wisely reminds us that we’re not on our own: “Step into the process of engaging with Jewish people, understanding their world, and sharing good news, and watch God do the impossible.”

Having charted the unusual territory that comes with Jewish evangelism, Newman offers suggestions for making progress. One of them will be familiar to readers of Newman’s much-loved book Questioning Evangelism: the strategic use of questions. “Consider answering a question with a question instead of an answer. It’s a very Jewish thing to do,” he writes. “They ask, ‘Don’t you think all religions are basically the same?’ You could ask, ‘Do you think so? How did you come to that conclusion?’” This approach has a pedigree going all the way back to Jesus himself (see Matt. 21:23–27; 22:41–46). It has the advantage of obliging people to unpack the things they’re saying, which might lead them to acknowledge they’ve simply been repeating others’ opinions without thinking them through.

Newman also stresses the essential role of prayer, and the great value of getting Jewish people to read the Gospels, especially the Gospel of Matthew:

You want them to see in print what Jesus said about himself, and how his teachings fit with the history of Israel and the words of the prophets. Let them encounter how brilliant, how unpredictable, how gracious, how bold, and how beautiful Jesus was and is.

I appreciated Newman’s insistence on including the resurrection in our speaking about Jesus: “At some point, we must declare this truth [the resurrection] in a way that transfers all prior discussion from the realms of opinion, theory, or philosophy and brings it into the arena of history, fact, and settled reality.”

One advanced-level strategy Newman mentions is showing Jewish people how rabbis have often understood messianic passages in the Old Testament (or, better, the “Hebrew Bible”) in ways that fit well with Christian teaching about Jesus. Isaiah 53, for example, was once interpreted in rabbinical writings as a prophecy about the Messiah, before the rabbis then turned to non-messianic interpretations in reaction to claims that the passage was fulfilled in Jesus. One resource recommended by Newman—Michael L. Brown’s multi-volume work Answering Jewish Objections to Jesus—regularly cites rabbinical teachings that back up Christian interpretations and conclusions. Finding support in the writings of a culture’s accepted authorities follows the approach demonstrated by Paul in Athens (see Acts 17:28–29). It has a special persuasiveness.

Newman communicates these and other suggestions with delightful turns of phrase. Here are a few lines that stood out to me:

To my mind, there’s no better starting point for preparing to share the gospel with Jewish people than Engaging With Jewish People. Page after page, I wanted to cheer out loud because of its wisdom and helpfulness. Nothing in recent years has reinvigorated my own desire to speak to Jewish people about Jesus more than this book. It’s slim in size (perhaps a bit too slim—I wish the list of messianic prophecies had been longer) but mighty in worth.