“This poem is disgusting,” one of my students declared not long ago as we settled in for a discussion of the Inferno, the first part of Dante’s Divine Comedy.

Writing in the early 14th century, the exiled Florentine soldier, public servant, and poet Dante Alighieri vividly depicts hell’s horrors as he imagined them: gluttons prone in the mud and feeding on filth; heretics cleaved from head to bellybutton as they walk; a traitor frozen in ice up to the neck and gnawing on the head of a fellow sinner. 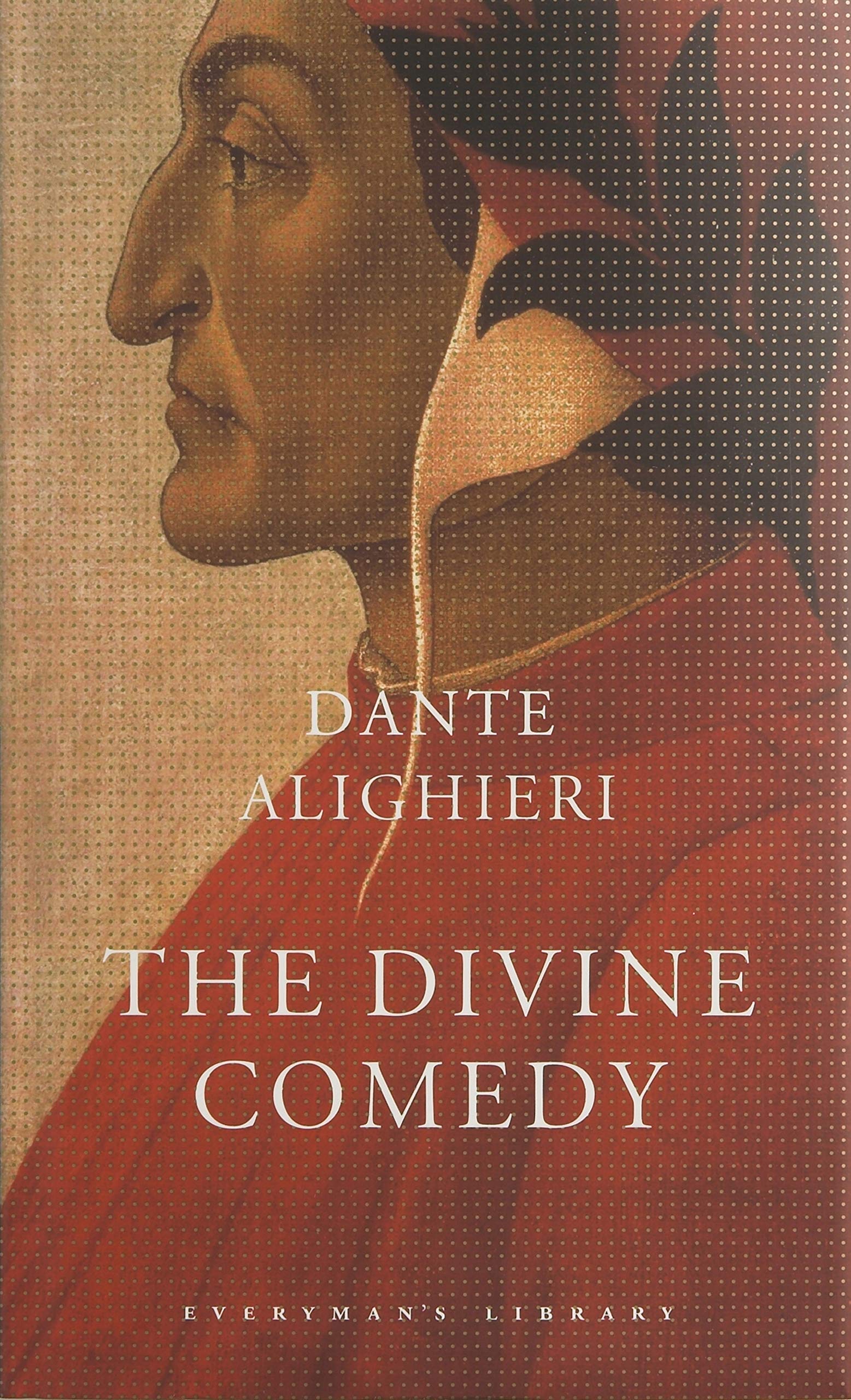 In what is generally considered the supreme masterpiece of Western literature, Dante describes his journey through heaven, hell and purgatory, guided by the spirit of Virgil. This journey becomes symbolic of the universal quest for wisdom, as the soul mounts from darkness to light, from damnation to salvation. Printed here in the superb new translation by Allen Mandelbaum, introduced by the Nobel prizewinning poet Eugenio Montale, and accompanied by Botticelli’s magnificent and little-known drawings, this complete text of Dante’s poem is provided with notes which make it available to every reader.

But, as I told my student, sin is disgusting. Throughout Dante’s Inferno we see the human form twisted, split, tortured, and mutilated in numerous ways. Dante is determined to make the point that sin is tragic because it deforms what God has formed. Few books so viscerally convey how repugnant sin truly is, how counter it is to God’s ultimate beauty.

God the Only Maker

Central to Dante’s vision is the belief that God is the only Creator. Dante would no doubt agree with Augustine’s prayer in his Confessions: “Without you, whatever exists would not exist.” For Dante, as for Augustine, evil is not a created thing—it doesn’t have substance—but rather a corruption, a kind of rot. When God pronounces his creation “good,” he isn’t generalizing or overlooking anything. All that he creates is good. God forms; sin deforms.

For Dante, as for Augustine, evil is not a created thing—it doesn’t have substance—but rather a corruption, a kind of rot.

The chief example of this principle in Dante’s poem is the effect of sin on the imago Dei, the image of God in man. In one of the most heartbreaking moments, Dante—the main character in his own poem—meets his old mentor, Brunetto Latini, in hell. The poet is dismayed to find his teacher condemned to a circle of hell set aside for sodomites. At first, though, he only barely recognizes his old teacher:

And I, when he stretched out his arm to me,
Searched his baked features closely, till at last
I traced his image from my memory
in spite of the burnt crust, and bending near
to put my face closer to his, at last
I answered: “Ser Brunetto, are you here?” (Inferno, 15.25–30)

As John Ciardi’s wonderful translation makes clear with the use of “image,” sin has obscured the imago Dei in Brunetto. In a sense, eternally committed to the sin that separates him from God, he’s less Brunetto than he once was even during his sinful life. All that is “Brunetto” was made by God—but Brunetto has been tragically unmade by sin.

To witness this unmaking is why Dante must go through hell before he is ready for the beatific vision. His journey is ultimately to heaven, but the guide sent to him, the great Roman poet Virgil, first takes Dante through hell so that he can see the terrible destructive power of sin. He must come to know sin and evil as a horrible undoing of God’s image in man.

The guide sent to him, the great Roman poet Virgil, first takes Dante through hell so that he can see the terrible destructive power of sin.

While Dante and Augustine saw evil and sin as a kind of nothingness, that doesn’t mean they didn’t take the effects of this corruption seriously. As Augustine argues, starvation is merely the absence of food, but that absence can destroy our bodies from the inside and kill us. To learn to take this destruction seriously enough to desire true repentance is why Dante must take the grand tour of hell before he is given a vision of heaven.

At several points on his journey through hell, Dante weeps to see sin’s deforming effects on God’s image in man. When he observes the soothsayers, who have had their heads twisted backwards on their bodies as retribution for their attempt to see further ahead than is granted to man, Dante writes:

Reader, so may God grant you to understand
my poem and profit from it, ask yourself
how I could check my tears, when near at hand
I saw the image of our humanity
distorted so that the tears that burst from their eyes
ran down the cleft of their buttocks. (Inferno, 20.19–24)

Similarly, after he witnesses the sowers of discord, who have been hacked and split as retribution for their divisiveness, Dante says, “The sight of that parade of broken dead / had left my eyes so sotted with their tears / I longed to stay and weep” (Inferno, 29.1–3). Though there are also those among the damned whose crimes are so vile Dante can summon little to no pity for them, he has learned his lesson. Dante learns that sin tragically unmakes what God has made good.

Dante learns that sin tragically unmakes what God has made good.

His brilliant guide, Virgil, isn’t so quick a study on this particular matter. When Dante weeps at the sight of the mangled imago Dei in the soothsayers, the great pagan poet chastises him for the compassion:

There is no place
for pity here. Who is more arrogant
within his soul, who is more impious
than one who dares to sorrow at God’s judgment? (Inferno, 20.27-30)

In the poem’s allegory, Virgil represents human reason, the best man can do on common grace alone, without special revelation from God. Eventually Virgil will reach his limit, and Dante will leave him behind to be escorted into heaven by the beautiful Beatrice, who represents divine revelation. This changing of guides reflects Thomas Aquinas’s assertion that human reason can show us much (e.g., God’s existence) but some facets of the faith (e.g., the Trinity and the dual nature of Christ) are beyond the ability of reason alone to demonstrate.

Reason tells us that God’s judgment on sinners is just. Only revelation can tell us that “the steadfast love of the LORD never ceases; his mercies never come to an end; they are new every morning; great is your faithfulness” (Lam. 3:22–23).

But the poet doesn’t leave us with the tragedy of sin. This is, after all, a divine comedy, not an infernal tragedy.

When, for instance, Dante meets the nun Piccarda, she says to him, “If you search your memory with care, / despite my greater beauty, you will know / I am Piccarda” (Paradiso, 3.47–49). Dante replies, “Something inexpressibly / divine shines in your face, subliming you / beyond our image in my memory” (3.58–60). She’s now more Piccarda than she ever was before her death.

Indeed, it’s only after he himself has been sanctified and made ready for heaven that Dante’s own name appears in the poem. Sin’s deformity repaired, he becomes the “Dante” whom God intended, a glorified bearer of God’s holy image.

Like Pinocchio, the Divine Comedy is a story about how to become a real boy. In order to appreciate that coming-into-being to which Dante is called by his Creator, he must first witness the horrifying effects of sin as it eats at God’s good creation.

The poem is disgusting, indeed. We ought to be disgusted. But if we’re willing to honestly assess the repulsiveness of our sin, a greater beauty than we could every imagine awaits us.

Benjamin Myers is professor of literature and English at Oklahoma Baptist University. He was the 2015–2016 poet laureate of Oklahoma and is the author of three books of poetry and of numerous essays and scholarly articles.

4 Why Are Young Adults Increasingly Identifying as Bisexual?

5 Women Are Not the Problem