Early in the year 1633, a rural Anglican priest named George Herbert lay dying of tuberculosis in the village of Bemerton, England. He was not quite 40 years old. Herbert entrusted a friend with a handwritten manuscript of religious and devotional poems. He asked him to deliver the manuscript to their mutual friend Nicholas Ferrar. Ferrar could burn it if he wished. Or, if he thought the poems might help others, he could publish them. Herbert had never before published his English poetry; he wrote his poems for God and kept them to himself, though he seems to have envisioned the possibility of eventual publication.

Herbert died soon afterward, on March 1, 1633. Nicholas Ferrar received and read his poems. Deeply moved, he had them printed that same year, and the book met with instant success, selling edition after edition. That single volume of poems established George Herbert as one of the great metaphysical poets. It also inspired many imitators and even more admirers over subsequent centuries (Richard Baxter, Samuel Taylor Coleridge, Charles Spurgeon, and C. S. Lewis, among countless others).

Many still read and prize Herbert’s poetry. But his only published prose work, Country Parson: His Character and Rule of Holy Life, is much less known. It wasn’t published until 1652, at which point Herbert was already long-dead, and it was never the publishing success that Herbert’s poems had been. It has existed ever since in their shadow, often used primarily as a means of understanding Herbert’s life or his poetry.

But what if we were to read Country Parson for its original purpose: as a guide for doing rural ministry? I’m eager to read it that way, because I’m a small-town pastor, and I want to learn from other small-town pastors. The book itself consists of 37 short chapters dealing with various aspects of a country pastor’s life and ministry. In his opening note to the reader, Herbert reveals he wrote the book as a goal toward which he might strive in his own rural ministry. It’s personal.

There’s plenty to question or disagree with in Country Parson, including Herbert’s sweeping generalizations of “country people” (are all country people “led by sense more than by faith” and “by present rewards or punishments more than by future”?) and his extremely broad mandate for the role of the country parson (should the country parson really desire to be “all” to his parish, “not only a pastor, but a lawyer also, and also a physician”?). Nevertheless, there is much to learn. I’ll suggest just three reasons (there are many more) why I’ve been drawn to read, re-read, and return to this classic work.

First, I care deeply about developing a theological vision for small-town ministry. That requires thinking carefully about small-town culture, and the culture of my own town in particular. Herbert is nuanced on the importance of engaging with local culture. He notes that pastors who “dwell in their books” will never understand their people, but if they “carry their eyes ever open, and fix them on [their parish],” they’ll soon discover the idiosyncrasies and particularities of country people.

Throughout the book Herbert models engagement with culture, both local and national. Sometimes he critiques it. “The Country Parson hath not only taken a particular survey of the faults of his own parish, but a general also of the diseases of the time. . . .” At other times Herbert seeks to affirm and engage it. After all, eschewing all local culture will only discourage your congregation. The country parson should accept what is good in local customs, leaving behind what isn’t. “If there be any ill in the custom that may be severed from the good, he pares the apple, and gives them the clean to feed on.”

Herbert’s careful discernment of local culture, and his encouragement to engage thoughtfully with it, holds enormous value for all pastors, including rural ones. 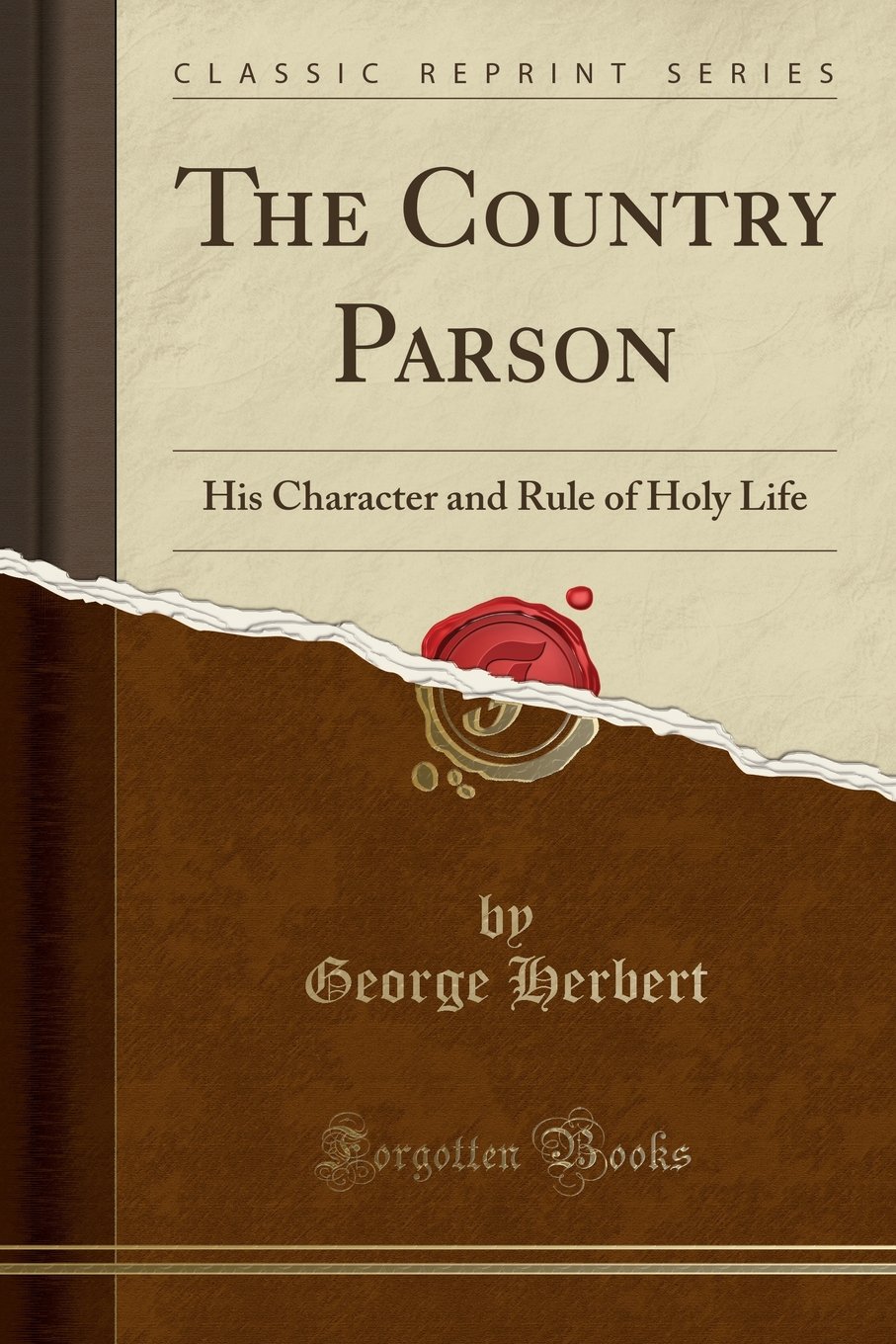 Country Parson: His Character and Rule of Holy Life

Country Parson: His Character and Rule of Holy Life

Second, although Herbert was from a wealthy family, was educated at Cambridge University, and had moved in the highest circles before becoming a country pastor, he calls for faithful ministry to simple, humble people. He is motivated here by a strong theology of God’s presence and a deep commitment to the gospel. The country parson doesn’t disdain “to enter into the poorest cottage, though he even creep into it, and though it smell never so loathsomely; for both God is there also, and those for whom God died.” Herbert believes it is good for the country pastor to spend time with the poor both because he is able to be of more comfort to them than he would be to the rich—and because it’s more humbling for him.

This impulse toward highly valuing what is common and unimpressive runs throughout Country Parson. Herbert says that a country parson’s parish, composed of country folk rather than of urban movers and shakers, is to be “all his joy and thought”—not a thing to be transcended, but a people to be loved. This emphasis on the importance of being fully committed to one’s local congregation is especially valuable in our day of social media, big conferences, and celebrity pastors.

Third, George Herbert doesn’t just see truth; he communicates it pithily, beautifully, and memorably (he is, after all, a remarkable poet). He describes the country pastor praying “with a grave liveliness, between fear and zeal, pausing yet pressing, he performs his duty.” He instructs preachers to dip and season all their words and sentences in their hearts (what an image!), so that their hearers will “perceive that every word is heart-deep.” Sermons, he argues, are meant to both inform and enflame. The pastor is to pray for his people that God will sanctify them so that they may come to church with “holy hearts and awful minds.” Herbert notes that “disputation is no cure for atheism.” And, reflecting on God’s comprehensive knowledge of humans, he writes that God “sees hearts as we see faces.” As in his poems, so here in his manual on pastoral work, Herbert’s ability to express truth cogently and attractively lodges it deep in the hearts of his readers.

A great poet and humble pastor writes a guide for rural pastors. That’s a book I want to read and re-read. It’s a book worthy of being reclaimed by small-town and rural pastors (and many others) in our own day.