Not long ago I visited Monticello, the famous plantation where the third president of the United States, Thomas Jefferson, is buried. Jefferson would’ve loved Tom Krattenmaker’s new book, Confessions of a Secular Jesus Follower: Finding Answers in Jesus for Those Who Don’t Believe. He authored one similar to it.

Jefferson cut and pasted portions of the Gospel accounts, carefully avoiding all supernatural references and claims. His final product, The Life and Morals of Jesus of Nazareth, is often referred to as the “Jefferson Bible.” It offers a Jesus-minus-the-miracles Christianity, a Jesus devoid of divinity.

The main problem for such a task is that it’s self-refuting. In the end, you don’t really get Jesus, and you don’t really get humanism either. Human flourishing dissipates in the light of relativistic morals, a point Krattenmaker even recognizes. He argues we must embrace existential values not grounded in reality: “Even if everything is relative, there is value, I have seen, in going all in on a principle and commitment as if it is the final word.” He later restates this notion: “It’s my wager that if we pick our anchors well and commit to them, if we live into them and live them out, something like a self-fulfilling prophecy can happen . . . it’s the rock of Jesus’s ethics and way of living to which I am anchoring my line.”

Therefore, go all in for Jesus. Edit him first. Follow him second.

Krattenmaker’s Jesus is Jefferson’s Jesus. The Christ of Krattenmaker’s making is a domesticated version of Aslan, a tame lion no one needs to fear.

Krattenmaker is drawn to a different vision of Jesus. He describes why, as an avowed atheist, he finds the Christ figure so compelling:

What is fascinating about the Jesus story—what makes it so irresistibly applicable to our unsatisfying pursuits of satisfaction—is the utter lack of material wealth, power, and status he amassed during his thirty-some years on the planet. In the pantheon of towering figures in history, you will be hard-pressed to find any who can match him in that regard. 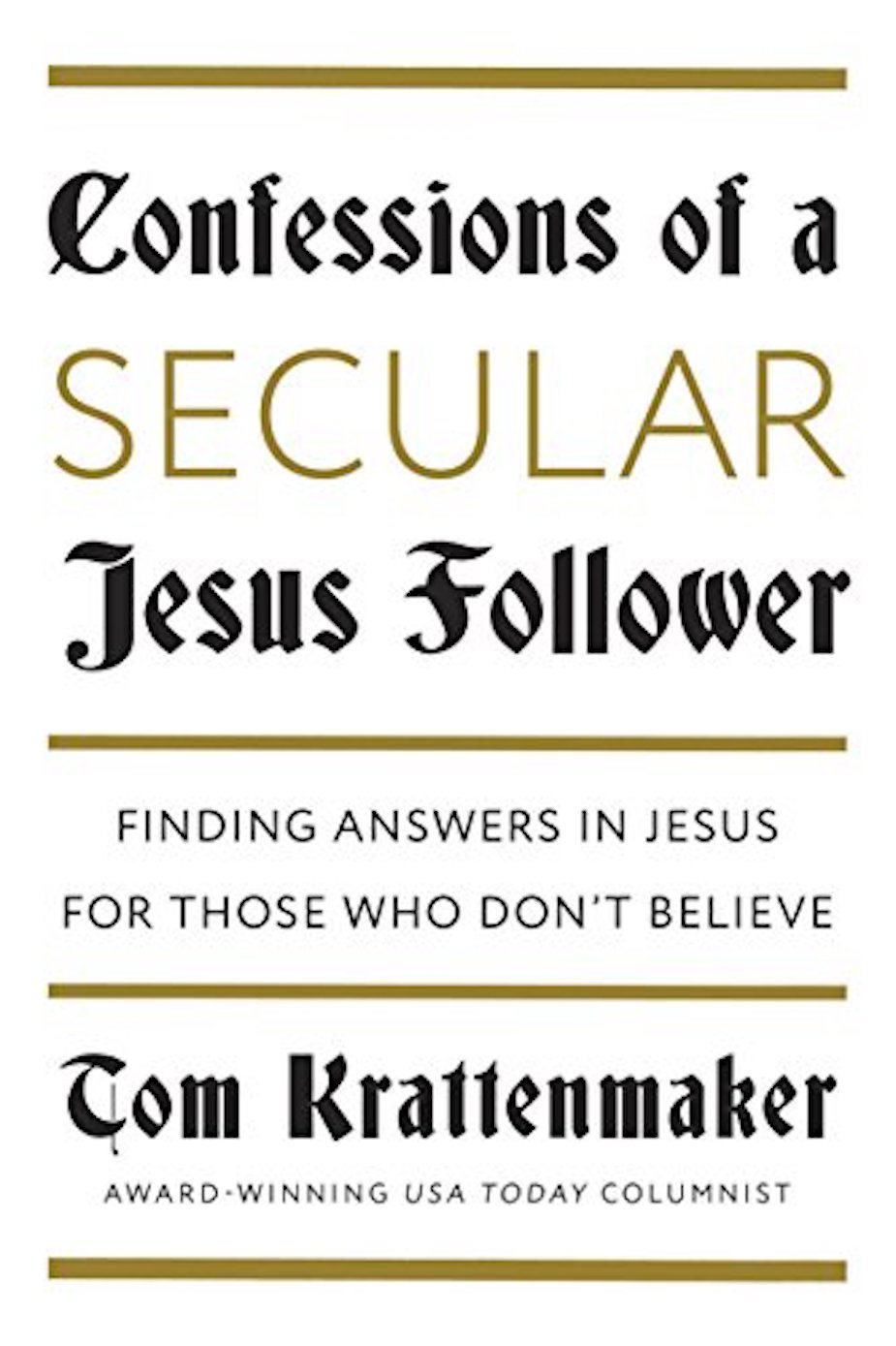 Confessions of a Secular Jesus Follower: Finding Answers in Jesus for Those Who Don't Believe

Confessions of a Secular Jesus Follower: Finding Answers in Jesus for Those Who Don't Believe

He describes the secular vision of Jesus as a cure to what he sees as a “quiet crisis,” a “vacuum of inspiration and meaning.” Following Jesus can save us from “a life of living only for ourselves.” In short, Krattenmaker tries to find in Jesus both an example and a basis for humanistic values.

But Krattenmaker’s argument hinges on his ability to offer a plausible understanding of a secular Jesus. Why not just be secular? Why not leave Jesus out of it? Krattenmaker knows he has to find a way past C. S. Lewis’s famous trilemma, a task he reserves for his final chapter of the book. Lewis framed his well-worn argument this way: “Christ either deceived mankind by conscious fraud, or he was himself deluded and self-deceived, or he was divine. There is no getting out of this trilemma. It is inexorable.”

Adding to the alliteration of Jesus as liar, lunatic, or lord, Krattenmaker offers a fourth category: legend. Of course, to accomplish this feat he must establish an outdated thesis that the Gospel authors weren’t concerned with historical accuracy but mainly focused on creating a certain impression about Jesus. They were concerned with inspiration, not accuracy. But the legend hypothesis is not only false but has also been widely rejected in biblical scholarship across the board. It receives little to no support from religious or secular scholars. Reza Aslan, a creative writing professor, discovered this the hard way when he advanced the same thesis in his book Zealot: The Life and Times of Jesus of Nazareth [read TGC’s review]. It sold well with the general public but wasn’t taken seriously by experts, since it was built on a demonstrably false premise.

It seems Lewis was right; Jesus didn’t really leave us many alternatives. We can’t call him a good teacher if we believe he really lied about his identity, his purpose, and what he had to offer humanity.

That’s why I was a bit surprised to find Krattenmaker distinguishing his model as intellectually superior to others. He writes, “As we all know, many, many people make God belief their rock, people I respect even though it’s a leap I am unable to make myself.” I think Krattenmaker has taken a much bigger leap than he cares to recognize. Those trusting in the Jesus of history as revealed in the Bible demonstrate what R. C. Sproul calls “well-reasoned trust.” Krattenmaker’s faith, on the other hand, is mere wishful thinking.

Here’s why Confessions of a Secular Jesus Follower matters. We live in an era “haunted by transcendence” where the sacred and the secular dance. When atheistic authors like Krattenmaker make such claims, Christian leaders should take note and be prepared to enter into conversations about the uniqueness of the Jesus revealed in the Bible.

We should have a ready explanation for why following him—the real Jesus—is the only path to true human flourishing. And here Jefferson provides another helpful illustration. The Jefferson Bible ends with Jesus’s burial and the placement of the stone. There are no angels. No Easter. Just a garden, a tomb, and a stone. This is about as secular of a Jesus as you can imagine. Ironically, Jefferson wouldn’t be allowed to have the final word on the topic.

America’s third president died on the 50th anniversary of the signing of the Declaration of Independence, the document of which he was the principal author.

Jefferson’s funeral service followed the Episcopal Book of Common Prayer. Before he was buried, the Reverend Frederick Hatch read from John 11:25: “Jesus said . . . I am the resurrection, and the life: he that believeth in me, though he were dead, yet shall he live.”

This is a passage Jefferson cut out of his Bible. His funeral service highlights the struggle for those wishing to follow a secular Jesus. In life there’s a longing for truth, and in death a hope of resurrection. Jesus cannot be edited, but he is more than willing to give eternal life.

1 The Gift of a Distracted Dad

2 Honoring Your Father When He’s Evil

5 How Should I Address My Transgender Colleague?