Perhaps no decision, other than whom you marry, will influence your life as much as where you go to college. Choosing a place to spend two to four (or maybe five or six) years of your life can be incredibly exciting, but it can also be incredibly difficult. For some, the weight of the decision can feel almost crippling. The decision can be even harder for young Christians, who sometimes feel as though God must be calling them to one particular path, and that they must identify it or live the rest of their lives outside of God’s plan for their lives—and I mean this only partly facetiously. For a lot of young people, the stakes feel incredibly high.

As a college president, I’m always looking for new thinking on the college-selection process, so I was interested to read Todd M. Sorrell’s recent book, The College Choice: A Biblical Guide for Students and Parents. Sorrell—a biblical counselor, attorney, and businessman—does a good job outlining the generalities of college life before exploring what our culture views as important in a college experience. He then rightly challenges these cultural expectations and provides a framework for evaluating the value of college through a biblical lens.

Sorrell makes his point in favor of faith-based higher education forcefully; he wisely notes the many benefits that come to Christian students who are part of an academic community that nurtures faith and where professors and staff shape not only the student’s mind but also his soul. Sorrell also directly challenges the notion that there’s little difference between a Christian education and a secular education. He (and we) know that’s simply not the case. And to all of this I say, “Amen.”

Christian College Not the Only Option

But there are points I wish Sorrell would’ve made and perspectives I wish he would’ve considered for a book that endeavors to be a definitive work. As the president of a Christian college, I appreciate much of what Sorrell has to say about the strengths of schools like ours. But I think he goes too far in making his point: I don’t share his conviction that Christian institutions are the only acceptable choice for most Christian students.

The Bible makes it clear that the Lord can work through all people, places, and circumstances. And I have always viewed providence as the Lord’s work that occurs through multiple pathways, not just a single route. The Lord will minister to and work through young people in a variety of places. For some, a school like Gordon College is the ideal place for them to grow and develop, but God can also lead young people to places that are not as faith-affirming. And having spent a number of years at places such as Princeton and Rice, I’m certain the Lord is present and doing mighty works in secular universities across the country.

Let me also mention one line of reasoning I wished Sorrell would’ve used in advocating for Christian institutions. Let’s call it “the law of big numbers.” Research shows that if a person only makes one best friend in life, that’s likely to occur during the college years. And to this day, college provides one of the best places for young people to meet and fall in love with the person who eventually becomes their spouse. So one factor to consider in the college decision-making process is the likelihood of finding and developing lifelong relationships at one institution over another.

At a school like Gordon, with a student body more than 2,000 students, there are hundreds of possible relational connections students can form with fellow classmates who share their most fundamental faith convictions and worldviews. But at schools without a shared faith commitment, the odds of building relations with fellow students who share faith convictions is significantly less. 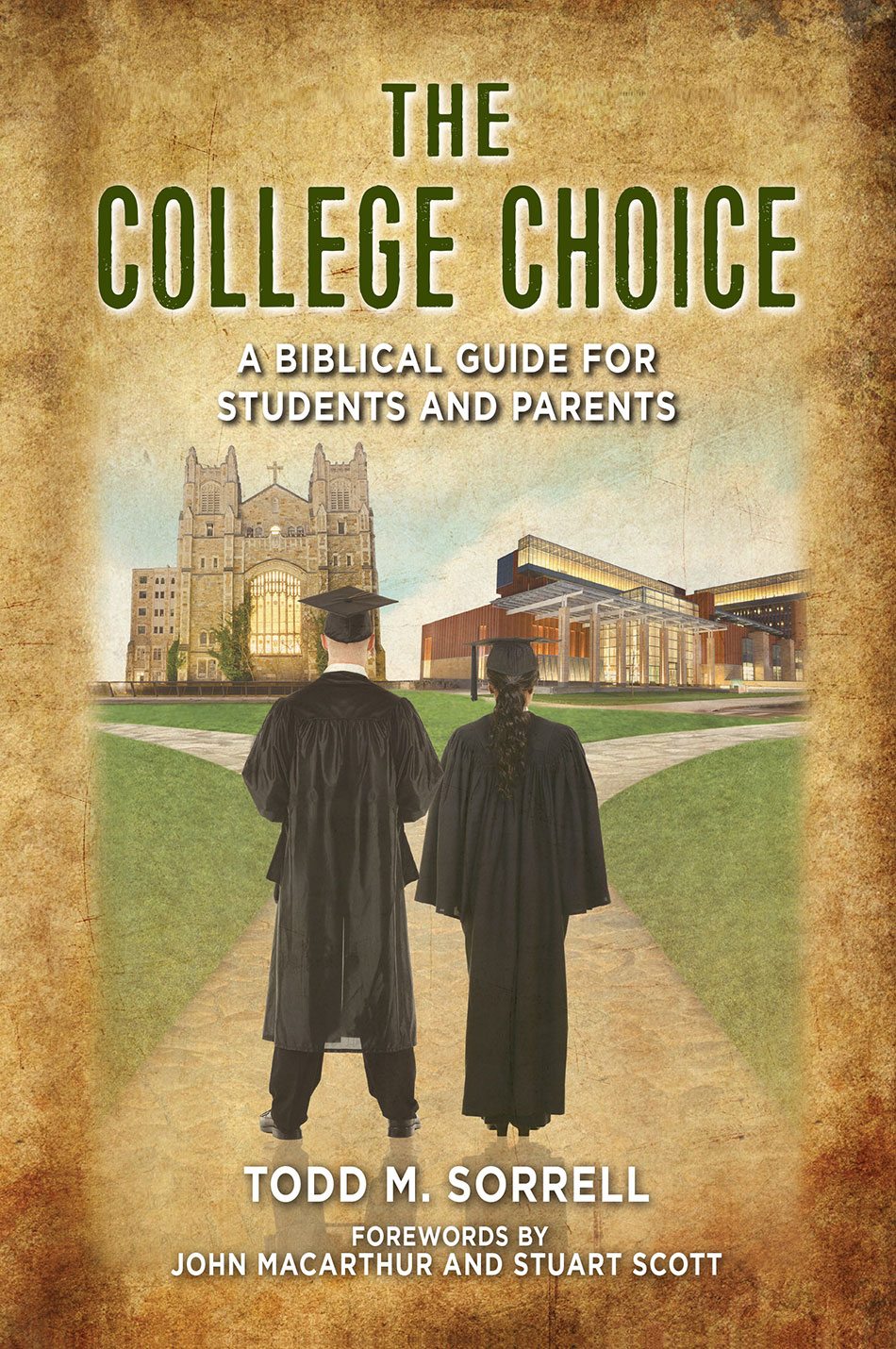 The College Choice: A Biblical Guide for Students and Parents

The College Choice: A Biblical Guide for Students and Parents

Christian families struggle to make godly decisions about college education for their children. There are so many factors to consider, and faithful parents need to seek God’s will and point their son or daughter in that direction.

Here is a biblical and practical guide for parents and students to consider as they prepare for these important four years.

Even if a student attends a state university with 40,000 students and gets involved with the largest Christian ministry on campus, the numbers simply don’t work in his or her favor. Let’s say this student attends a weekly ministry that reaches 500 students (which would be an enormous ministry on any campus). Out of those 500, he or she will probably only mesh with about half of the group. That’s just the way human nature works: within any group—even Christian fellowships—we’re lucky to have the same tastes in music or the same political outlook as half of the group (to name just two factors that influence one’s likelihood to forge a lifelong relationship). So within this Christian fellowship, the student’s prospects for finding a best friend or a spouse is really about 250 students, or approximately 62 students per class. That’s not a large group of people to spend four years with and out of which one hopes to forge some of the most important relationships that can be developed during the college years.

On the other hand, at a Christian institution (even with a much smaller total student body), because everyone has an affinity to the faith, the student can draw from a much larger number of students, even as much as half of the entire student body, to find those relationships. So the law of big numbers underscores the value of a Christian institution. I’m surprised that Sorrell didn’t consider this line of argument in making his case.

At the end of the day, of course, the Lord controls each of our lives and will lead and guide us as we yield to his will. I appreciate The College Choice: A Biblical Guide for Students and Parents for what it is, but I also encourage families to consider additional perspectives. Surely one of the most important factors to consider is for students and their parents to think deeply about the kind of community that will surround students during these formative years. After all, we become the company we keep.

D. Michael Lindsay (PhD) is the author of Hinge Moments: Making the Most of Life’s Transitions (with collaborator Davis Metzger), Faith in the Halls of Power: How Evangelicals Joined the American Elite, and View From the Top: An Inside Look at How People in Power See and Shape the World. He is the president of Gordon College in Wenham, Massachusetts.