Taking the advice of C. S. Lewis, we want to help our readers “keep the clean sea breeze of the centuries blowing through our minds,” which, as he argued, “can be done only by reading old books.” To that end, our Rediscovering Forgotten Classics series surveys some forgotten Christian classics that remain relevant and serve the church today. This is an adapted excerpt from Karen Swallow Prior’s introduction to Heart of Darkness, published by B&H.

Joseph Conrad’s Heart of Darkness is not a fun or pleasant read, as anyone who was assigned this classic work in high school or college can attest. But it is an important book, particularly for Christians.

Although short enough to be called a novella, Heart of Darkness is a difficult text. The writing is almost as dense as poetry, and the subject matter, drawn from Conrad’s experiences in the Congo, is bleak. The story is set during Belgium King Leopold II’s imperialistic reign of terror over the Congolese from 1885 to 1908. The atrocities committed against the native people during this time have been compared to those committed by Hitler and Stalin—yet they are rarely talked about today. Heart of Darkness offers not only a fictionalized account of some of these events, but also forces readers to confront more universal questions about the human condition and what it means to be “civilized.”

Darkness in Our Hearts

While the title of the work carries several meanings, it can be said, without giving any spoilers, that the phrase “heart of darkness” accords with the Christian understanding of total depravity. One central theme of the work, in fact, is how the human condition requires restraints—whether internal or external—to hold in check the worst impulses of our fallen nature. 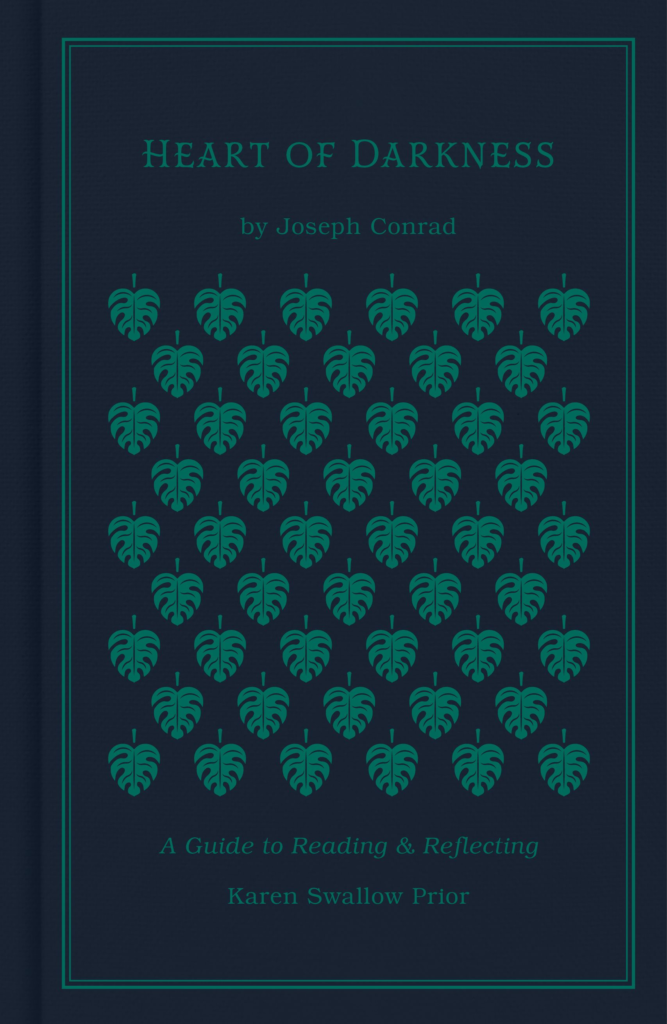 Through this beautifully designed series, bestselling author, literature professor, and avid reader Karen Swallow Prior will guide you through a selection of classics. She will not only navigate you through the pitfalls that trap readers today, but also show you how to read them in light of the gospel, and to the glory of God.

Another prominent theme of the work is truth: the nature of truth, how we can know the truth, and if we can know it at all. As Christians, we acknowledge not only that truth exists but also that we can know it. Yet, as the late modern age slips into a postmodern one (and we come to be known as a post-truth culture), this reality has been called increasingly into question. Heart of Darkness provides readers with a window into this passage from one epistemology to another. The modernist period of the early 20th century that followed the publication of the work emphasized the subjectivity of truth, its dependence on individual perspective and impressions.

Heart of Darkness predicts this perspectivalism through both the story itself and also the form that story takes. Using a frame narrative—a story within a story—the work emphasizes the way in which what we know, or what we think we know, is wrapped in layers of perception and language that shape meaning. This is why Heart of Darkness is characterized from start to finish by the ambiguity that makes it a complex work to read and interpret.

Heart of Darkness also implicates the role of Christianity in ushering in this post-truth age by its abandoning of absolute moral truths in order to enslave and exploit people in the name of the gospel. This is an uncomfortable truth about our history but one that is essential for us to wrestle with.

Heart of Darkness implicates the role of Christianity in ushering in this post-truth age by its abandoning of absolute moral truths in order to enslave and exploit people in the name of the gospel.

The late-18th and early 19th centuries, the period in which the novella is set, saw an explosion of missionary societies as a result of the evangelical revival that began in the 1730s. Yet, imperialism and evangelism were so inextricably connected that 19th- and even 20th-century missions could hardly be conceived of apart from the colonizing of other lands by European countries. Indeed, colonization was often promoted and justified as a missionary endeavor with the aim of bringing Christianity and “civilization” to foreign lands.

Whatever good could be achieved by bringing ideas, resources, and the gospel to other countries was diminished when accompanied (as it often was) by what is now called the “white savior complex,” a term that describes the way even well-intentioned Christians often sought to “rescue” native peoples rather than to equip and empower them and their communities.

Heart of Darkness offers Christians a necessary, if painful, glimpse of the dark side of the spirit of conquest that has characterized Christianity through too much of its history.

Darkness in Our Blind Spots

Today’s readers of this story are startled by ideas and attitudes that were merely assumed at the time. The shock today’s readers feel in encountering these can serve as a reminder that every age has its blind spots, and that Christians are not immune from these.

Heart of Darkness offers Christians a necessary, if painful, glimpse of the dark side of the spirit of conquest that has characterized Christianity through too much of its history.

The late-Victorian Christians of Conrad’s age could not always see the difference between cultural values and biblical principles. The same is true of believers in every other age—including our own. Evangelicalism was such an influential force shaping the Victorian age that even today’s American evangelical subculture often confuses Victorian values for biblical ones. A careful reading of Heart of Darkness can help Christians today to disentangle the two and, in so doing, separate the wheat from the chaff of worldly philosophies and systems.

The task of Christians in reading any literary work is to see the particulars found in the context of the work and its author and to measure them against both the standards of that time and also the standards of unchanging, universal biblical truth.

While some readers might be tempted to see the moral and epistemological ambiguities the text wrestles with as an affirmation of the idea that there’s no such thing as truth, more careful readers will see that the weight of these questions consists in the assumption that there is, in fact, moral truth: right and wrong, good and evil.

We recognize darkness only because there is light.