After Jesus and Paul, perhaps no other figure in history has defined the Christian faith as much as Augustine of Hippo (AD 354–430). His influence was perceived not only in his own lifetime, but also in church councils that came after him and in the religious thought-world of medieval Western Europe. His authority was cited by Reformers (and counter-Reformers); his theological insight was infused within 17th- and 18th-century Reformed theology and spirituality; his philosophical notions continue to fuel discussion; and his life continues to be the topic of biographical literature. It’s clear that Christians and non-Christians alike are fascinated by the life of Augustine.

Gerald Bray—research professor of divinity, history, and doctrine at Beeson Divinity School in Birmingham, Alabama—has produced an important volume on Augustine’s theology and approach to the Christian life. In doing so, Bray has faithfully represented the spirit of the Theologians on the Christian Life series from Crossway. This volume, though only recently released, should be read before any others in the series. The likes of John Owen, Jonathan Edwards, and others have Augustine to thank for their own theological positions.

Reading Bray’s Augustine on the Christian Life: Transformed by the Power of God is an ad fontes call of sorts, imploring readers to reflect and consider the one so many faithful believers before our time have learned from and leaned on.

His Life and Faith

Bray explains Augustine’s conception of the Christian life in five movements. Beginning with an overview of his life (ch. 1), Bray moves to an analysis of Augustine from three related but distinct perspectives. Augustine the believer experienced a personal conversion in an emerging world of “formal ‘conversion’ on a massive scale” (48). Relying on Augustine’s personal narrative in his Confessions, Bray weaves together the story of Augustine’s encounter with the living God and the personal changes that resulted.

Bray describes the late-antiquity environment in which Augustine’s faith blossomed. Augustine’s world was one of political and spiritual fluctuation, as his story illustrates. Augustine’s life also includes a precarious relationship with marriage and celibacy, a perspective Bray analyzes well for modern readers. Modern evangelical spirituality highly prizes marriage, so Augustine’s casting off matrimony to follow God’s call is foreign to modern evangelical experience. The nature of pastoral ministry in late antiquity also sheds light on this decision. While celibacy wasn’t required of clergy at this point, the life and ministerial demands of the ancient bishop often precluded the ability to adequately care for spouse and family.

Bray discussion of Augustine the teacher (ch. 3) presents a man in love with the God of Scripture. Augustine was a man of the Bible who aimed to help others experience God through his revealed Word. 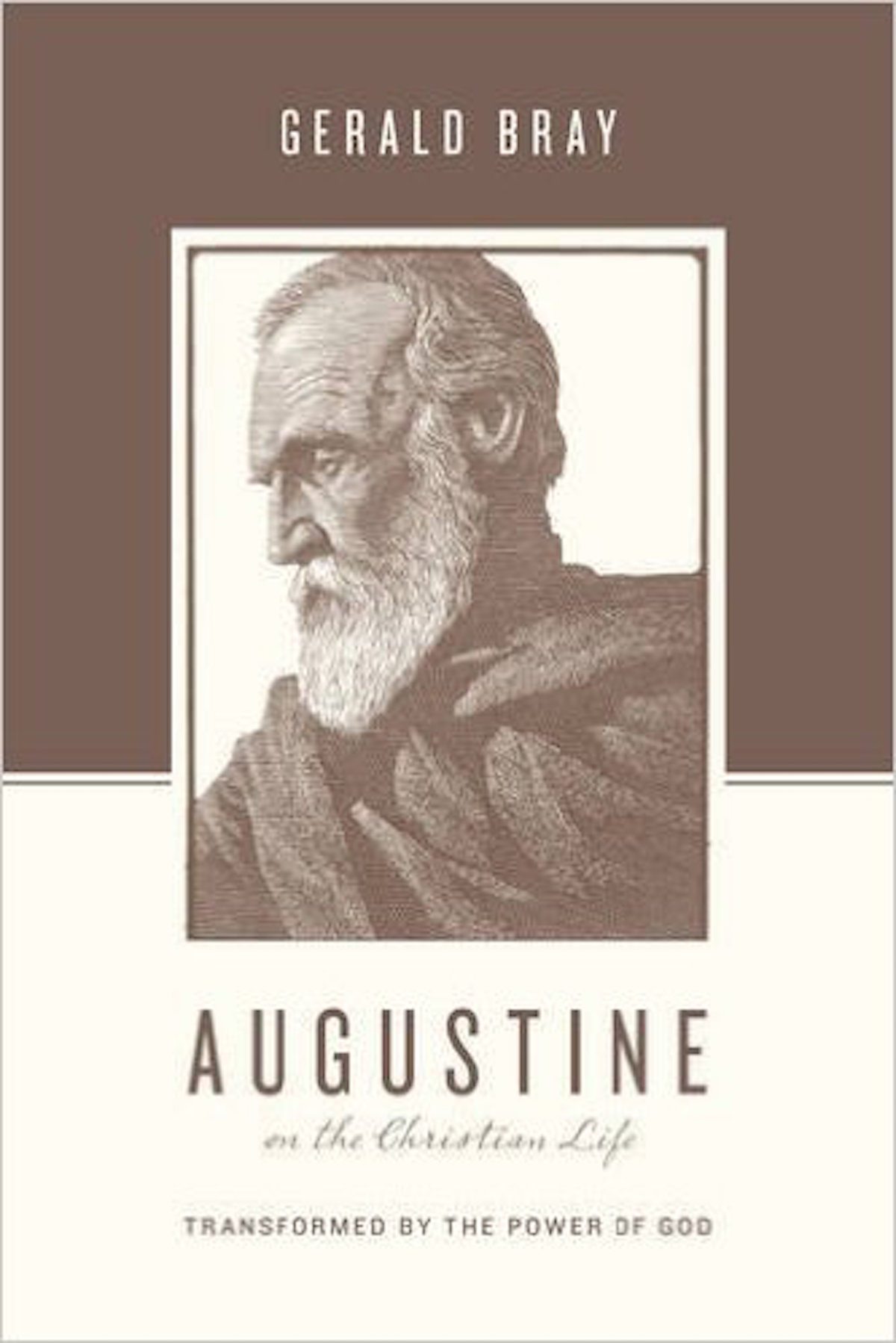 Augustine on the Christian Life: Transformed by the Power of God

Augustine on the Christian Life: Transformed by the Power of God

A thorny topic in Augustine—in fact, in much patristic theology—is the relationship between allegory, interpretation, and doctrinal development. Bray doesn’t shy away from this topic, nor does he offer simplistic answers. We must recognize that Augustine’s world of biblical interpretation was quite different from our own. Bray helpfully observes that much of what Augustine and others in the patristic era were doing in their interpretations was what we now call “typology.” There are some things from that world we should avoid, but there are many we should appreciate as well. Despite a difference in hermeneutical emphasis, Augustine’s hermeneutic remains largely defensible and useful for today. Augustine valued the literal sense of Scripture, but for Augustine and many patristic authors, the literal sense was the first stop on a turnpike to another city. In the end, Augustine’s task wasn’t commentary writing, unlike his contemporary Jerome; rather, he was “trying to help people understand the Bible at an altogether more fundamental level” (100).

Augustine the pastor (ch. 4) is perhaps the volume’s most unique discussion. Pastoral ministry defined the majority of Augustine’s Christian life. His engagement in doctrinal controversies was not out of pleasure for argumentation, but from the heart of a shepherd. His letters and various treatises bear out this concern. Too few resources have been written on Augustine as bishop/pastor/preacher.

Bray also highlights the importance of the church in the mind of Augustine. This is what made the controversy with the Donatists such an important struggle for Augustine. The purity of the church didn’t ultimately depend on its members, but on the Lord who founded it. The Donatist assertion that members were to be morally spotless denied the nature of the gospel message. As Bray relates, “[According to Augustine] the purity of the church is to be sought not in the perfection of its members, who are all sinners saved by grace, but in the promises of God revealed in the preaching and sacraments by which men and women are united with it” (147). Augustine was first and foremost a churchman. His theological reflection, above all else, was in service to the church.

Bray’s strength isn’t simply in producing a lay-level biography of Augustine, though this is a volume I’d readily commend for that purpose; or even in his ability to discern and distill Augustine’s theological acumen for a wide audience, though he certainly does that too. Bray’s strength lies in giving readers an avenue for reading Augustine today.

As a historian, Bray doesn’t allow us to commit the fallacy of anachronism or presentism. Augustine must seek to be understood on his own terms and in his own context. We still have much to learn and appropriate from his life and theology, of course, but we should avoid judging him on our 21st-century experience. I pray Bray will rescue Augustine’s theology for many who may have previously rejected him.

What makes Augustine’s story compelling is that it’s our story. Meandering through a confused world of lackluster spirituality and pseudo-Christianity, many of us follow Augustine’s pursuit of God. The sovereign grace that Augustine describes is the same sovereign grace that lost souls need today. While this is no comprehensive biography from the likes of Peter Brown or Henry Chadwick, Bray has done an excellent service in presenting Augustine to modern readers.

Many Christians throughout history have seen themselves in Augustine’s story. Thanks to Augustine on the Christian Life, perhaps many more will for years to come.

Coleman M. Ford serves as director of professional doctoral studies and assistant professor of Christian formation at Southwestern Baptist Theological Seminary in Fort Worth, Texas. His research interests lie within the spirituality and pastoral theology of Augustine of Hippo, Christianity in late antiquity, and the history of Christian spirituality. He is married to Alexandria and they have two children. They are members at The Village Church in Denton, Texas.