A few months ago, for the first time, I watched the 1986 film The Mission, starring Robert De Niro, Jeremy Irons, Liam Neeson, and others. One of the most dramatic scenes, set in South America in the mid-18th century, occurs toward the beginning when a Jesuit priest is rejected by an indigenous tribe, tied to a cross, and pushed over the largest waterfall in the world. With moving visual images, stirring music, and a noble theme of hope and perseverance through adversity, the film continues to evoke strong emotions from viewers.

But how reliable are emotions? Do they have any reference to reality, or are they purely subjective responses to external stimuli? C. S. Lewis’s The Abolition of Man, first published in 1943, begins with a related question: Should a comment about the sublimity of a waterfall be seen as an expression of a subjective opinion or as an appropriate feeling that aligns with reality?

Abolition was one of Lewis’s favorites among his works and it has been ranked as one of the top five nonfiction books (in English) of the 20th century. Yet Abolition remains difficult reading for many people, leading some to wish for a guide. Michael Ward (author of Planet Narnia) has written such a book to help readers: After Humanity: A Guide to C. S. Lewis’s The Abolition of Man. 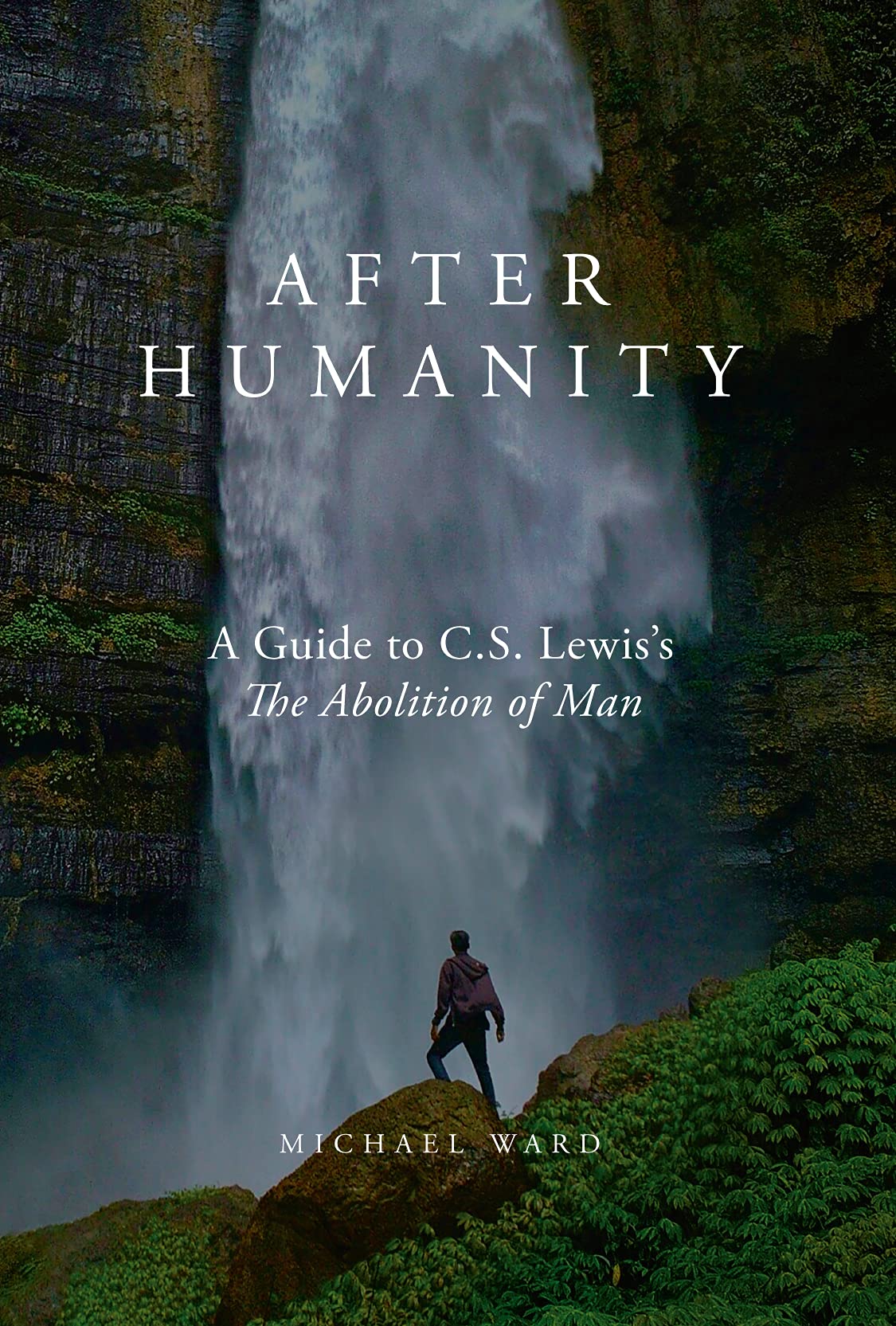 After Humanity is a guide to one of C. S. Lewis’s most widely admired but least accessible works, The Abolition of Man, which originated as a series of lectures on ethics that he delivered during the Second World War. These lectures tackle the thorny question of whether moral value is objective. When we say something is right or wrong, are we recognizing a reality outside ourselves, or merely reporting a subjective sentiment? Lewis addresses the matter from a purely philosophical standpoint, leaving theological matters to one side. He makes a powerful case against subjectivism, issuing an intellectual warning that, in our “post-truth” 21st century, has even more relevance than when he originally presented it.

Companion, Not a Replacement

Like Jamie Smith’s guide to Charles Taylor’s A Secular Age, Ward’s guide to Abolition is not meant (for the most part) to evaluate Lewis’s arguments (3). But unlike Smith’s guide (intended to introduce Taylor’s ideas to those who don’t have time to work through 900 pages of secularization theory), Ward’s guide is not meant to replace Lewis’s work. In fact, those who purchase After Humanity directly from the publisher will receive a companion copy of Abolition.

After Humanity has eight chapters, not including a 36-figure photo gallery and 33 discussion questions. The first six chapters consist of short essays on topics such as the reception of Abolition, its occasion and context, background, and legacy.

Chapter 7, by far the longest, provides glosses on terms and people, plus a detailed commentary on almost every page of Abolition. Ward supplies much of the commentary, but he also generously sprinkles in block quotations from secondary sources. The final chapter evaluates Abolition from a broader perspective that synthesizes major elements of the book.

The overview in chapter 3 and the commentary and gloss in chapter 7 yield some of the clearest benefits to anyone reading or teaching Abolition. But instead of summarizing more of After Humanity, I’ll briefly point out two benefits of Ward’s guide.

First, Ward helps readers deepen their understanding of the insights in The Abolition of Man. For example, one of Lewis’s most important contentions is that it’s possible for emotions to be so tuned that they’re in harmony with reality—“just sentiments,” in Lewis’s phrasing. Debunking all feelings as subjective emoting will inexorably lead to the abolition of what makes us human, and we will become “ex-men” (16), but not the cool kind. Lewis and others have pointed to the practical importance of cultivating proper emotions through good stories, which play a profound role in shaping our affections.

Debunking all feelings as subjective emoting will inexorably lead to the abolition of what makes us human, and we will become ‘ex-men.’

Ward’s guide also highlights Lewis’s explanation of the self-defeating nature of subjectivism, and this explanation can be cause for hope. In discussing a more traditional educational method, Lewis mentions birds training their young to fly: they do so with the expectation that the next generation must conform to the reality of the world for survival.

Those who don’t live according to the given realities of God’s world will not flourish. While Ward points to the ominous prophetic tenor of Abolition (187–90), the reminder of the inherent instability of insanity can bring readers hope, since no particular absurdity can last forever.

Best Use of Natural Law

Besides the clarification of Lewis’s main points in Abolition, a second benefit is that Ward’s guide complements other recent works, such as Carl Trueman’s The Rise and Triumph of the Modern Self (a simplified version of which is scheduled for February).

Whereas Ward continues a discussion about the use of natural law, Trueman argues we may have reached a point in society that common sense is no longer common, and thus natural-law arguments will have little effect on unbelievers.

Taylor’s A Secular Age asks how we got to a place that atheism is not only an option but often the privileged one. Trueman’s Rise and Triumph asks a similar question: How did we get to a place that someone can say, “I’m a woman trapped in a man’s body,” and no one spits out their coffee? The nature of self-evident truths has been reduced to Ambrose Bierce’s cynical and subjectivist definition: “evident to one’s self, and to nobody else.”

What this means is that natural-law arguments perhaps may be best used, for the moment, in strengthening believers who are more familiar with Sunday-school lessons than natural law. In Ward’s view, Lewis aimed “to encourage those who already shared his view” (99). This does not diminish the importance of natural law in evangelism, since God is pleased to use a variety of means to draw unbelievers to himself. But the fact remains that, these days, natural-law arguments may best be directed toward those who are able to receive them.

Natural-law arguments perhaps may be best used in strengthening believers who are more familiar with Sunday-school lessons than natural law.

A fun bonus detail of After Humanity is the cover art, which features a man contemplating a waterfall. The resemblance to Friedrich’s Romantic painting is surely not accidental, and it highlights the opportunities for visual artists to subvert traditional works in service to greater causes.

Finally, because honest book reviews often mention negative aspects of a work, I’m constrained to submit that the side margins are much too small for note-taking. But that is how I feel, and whether my feelings are aligned with the reality of the universe is a matter I will leave for others to consider.

Jeremy Larson (PhD, Baylor University) is an assistant professor at Regent University, specializing in 17th-century literature. His reviews have appeared in Christianity & Literature, Modern Reformation, and Mythlore, and he has contributed chapters to Critical Insights: Paradise Lost and Teens and the New Religious Landscape: Essays on Contemporary Young Adult Fiction. You can follow him on Twitter.