Many caricatures of the English Puritans have persisted since the restoration of Charles II. G. K. Chesterton accused them of being “killjoys who could not appreciate the goodness of created things.” Lord Macaulay was even more unkind: “The Puritans disliked bear-baiting not because it gave pain to the bear, but because it gave pleasure to the spectators.” Such stereotypes are obviously false yet incredibly persistent.

The Affectionate Theology of Richard Sibbes wasn’t written to correct long-standing misconceptions about the Puritans, though it does that to be sure. It began its life as a doctoral dissertation titled Richard Sibbes: Puritanism and Calvinism in Late Elizabethan and Early Stuart England, but now has been edited for a more popular readership and included in Reformation Trust’s outstanding biographical series, A Long Line of Godly Men.

The goal of this study is to recover Sibbes “as a historical and theological whole” by presenting him “clearly in both his historical and theological contexts” (176). In so doing, Dever—pastor of Capitol Hill Baptist Church in Washington, D.C., and TGC Council member—provides an insightful and enjoyable introduction to English Puritanism in general and to Richard Sibbes in particular.

The introduction, “Quintessential Puritan,” sets forth the purpose of the work, difficulties surrounding the subject, and Dever’s method. The book follows Sibbes’s career and writings from the time of Queen Elizabeth to that of Charles I (chapters 1 to 3). In chapters 4 through 7, the focus shifts to four theological concerns—covenant theology, the affections, assurance, and the conscience—to explore the hotly debated relationship between the English Puritans and their Reformed forefathers.

Chapter 1 introduces us to the personal, religious, and educational contexts into which Sibbes was born in 1577. Sadly, little is known about Sibbes’s family, but details about his education are more readily available. Religious controversy and concern formed an important part of his education from the time he was 10, and would remain a constant for the rest of his academic and ministerial life. 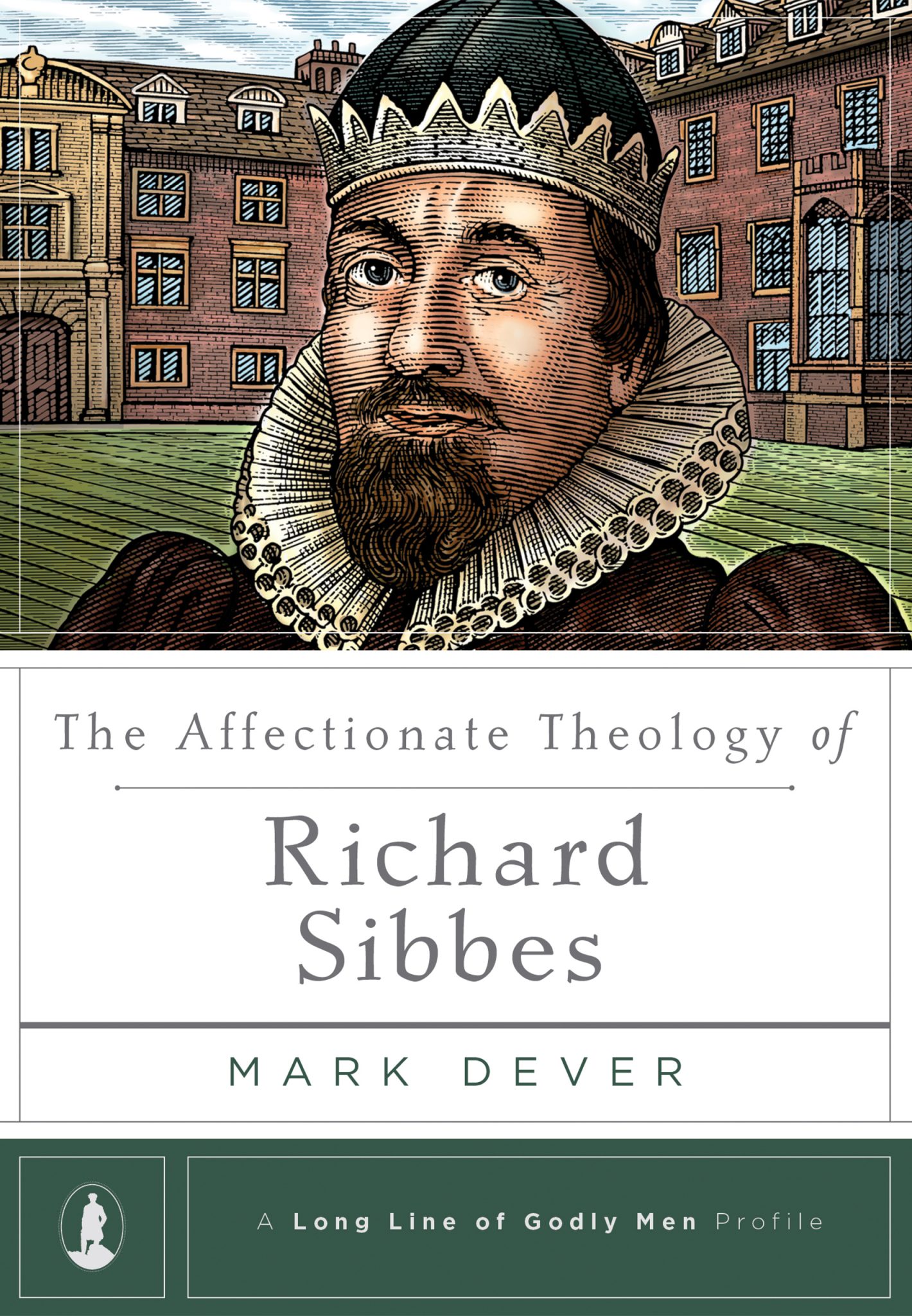 The Affectionate Theology of Richard Sibbes

The Affectionate Theology of Richard Sibbes

In a time of political turmoil and religious upheaval, Richard Sibbes sought to consistently apply the riches of Reformation theology to his hearers’ lives. He emphasized the security of God’s covenant, the call for assurance of salvation, and the place of the heart in the Christian life. In The Affectionate Theology of Richard Sibbes, Mark Dever gives readers a penetrating look into the life and theology of this fascinating figure.

In chapter 2, Dever discusses a number of issues related to Sibbes’s churchmanship, including ecclesiastical shifts after the death of Queen Elizabeth (1603), Sibbes’s positions at Cambridge, his conversion and ordination, his supposed deprivations for Nonconformity, and his important friends. Sibbes emerges as a cautious reformer and moderate Puritan.

Chapter 3 chronicles the religious controversies Sibbes faced as the newly elected divinity lecturer for Gray’s Inn (1617), master of Katharine Hall (1626), and vicar of Holy Trinity (1633), respectively. Dever presents Sibbes as an “establishment revolutionary,” and a “reforming conformist.” He conformed to the Church of England and urged others to do likewise; and he did so by subordinating ecclesiological concerns to soteriological ones. But as ecclesiology became more central to the religious debates of the Laudian church, his position became more precarious and compromised.

Was Richard Sibbes a moralist? A synergist? Reformed-lite? He has been presented as such on the basis of his covenant theology. In chapter 4, Dever challenges these presentations by considering his teaching on predestination, the covenant, and conversion in their historical and pastoral contexts. In Sibbes’s sermons, all the doctrines associated with the Reformed view of predestination—election, reprobation, God’s decrees, and definite atonement—are present and affirmed. Further, Sibbes may have stressed the obligations and requirements of the covenant of grace, but that doesn’t make him a synergist. Following Augustine, Sibbes argued that God grants what he requires, thus protecting the monergistic and wholly gracious nature of salvation. Finally, though Sibbes taught a form of preparationism, that doesn’t make him a moralist. God’s Spirit, not man’s work, converts the soul.

Was Sibbes a mystic? Did his inward-focused piety promote “union experiences” with God? Chapter 5 explores Sibbes as a “mystic,” suggesting that a more helpful adjective would be “affectionate.” After explaining the place of the affections/heart in Sibbes’s psychology (which I think is one of the most interesting sections of the entire work), Dever shows that the affections/heart is the decisive faculty of the soul. He proves this  point by examining role of the heart in depravity, conversion, the Christian life, assurance, backsliding, and sanctification.

In chapter 6 Dever examines Sibbes’s understanding of assurance, which is the central feature of his preaching, and explores its relationship to his conformity. The chapter begins with an important historical and detailed survey of the Reformed doctrine of assurance. Those familiar with scholarly debates about Calvin and his relationship to Calvinism in general and the Kendall thesis in particular know that the doctrine of assurance is central to these debates. Dever shows that Sibbes affirmed the tripartite basis of assurance: the work of Christ, the evidence of conversion, and the witness of the Spirit. He presents assurance as a secondary act of faith, not given to all, but available to those who use the means of grace.

The final chapter is devoted to the role of the conscience in Sibbes’s teaching. He defined conscience as a special universal “knowledge together with God,” especially a “knowledge of the heart with God” put in the soul by God. It plays a critical role in conviction, conversion, sanctification, and guidance, and thus Christians ought to labor for good conscience by attending to the means of grace and reading the providential judgments of God. But what happens if one has a conflict of conscience? More specifically, what happens when conscience and conformity come into conflict?

For many of Sibbes’s Puritan contemporaries, conscience was the grounds of nonconformity. For Sibbes, however, it was just the reverse. Since the conscience could be misled, believers should educate their consciences primarily through the Word, but also through the implications of the two tables of the law worked out (fallibly) by church and state. The Church of England was an imperfect, but true, church. The gospel was preached, the sacraments were rightly administered, and there was some discipline. Thus separation over nonessentials was wrong. Providence confirmed this conviction, as did God’s promises.

The Affectionate Theology of Richard Sibbes remains an academic work. The editors of the Long Line of Godly Men series (and presumably Dever) believe Richard Sibbes is an example “worthy of our emulation today” (x). But Dever doesn’t make that case. Nor does he judge the various aspects of Sibbes’s thought that he presents in chapters 4–7. That isn’t the job of the historian. Dever set out to “recover Sibbes as a historical and theological whole,” and “present him clearly in both his historical and theological contexts”—and he does just that. But just because this work is academic doesn’t mean it’s not practically or devotionally useful.

Examining the Scriptures is always practically and devotionally useful.

The reader must decide if Sibbes’s teaching about predestination, or the place of the affections, or the role of conscience is biblical. And examining the Scriptures is always practically and devotionally useful. Moreover, those who agree with him on the place of the affections in religion, for example, will find a new resource in Sibbes; those who don’t will find a new intellectual sparring partner. In either case, theological reflection is always worthwhile. And every reader will probably find something here to spur them on in their Christian pilgrimage. I was particularly challenged by Sibbes’s treatment of the conscience, and I put down the book with a greater desire to pursue and maintain “the paradise of a good conscience” (164). That too is undoubtedly profitable.

Evangelical Anglicans will surely welcome this addition to this series. At present, Sibbes is the only minister in the series who spent his entire career exclusively within the Church of England. This book may broaden the readership of this excellent series. It may also broaden our understanding of Puritanism. Since the most well-known and best-loved Puritan authors today were Nonconformists, it’s easy to equate Puritanism with Nonconformity. Dever’s work reminds us that this is a mistake. Godly conforming ministers like Richard Sibbes and William Gurnall (the author of The Christian in Complete Armour) were exemplary Christian men, and they remind us that the Puritan piety many modern readers are rediscovering was not—and is not—the possession of just one ecclesial body.

Finally, The Affectionate Theology of Richard Sibbes makes an important contribution to the ongoing debate about Calvin and his relationship to Calvinism. More specifically, Dever’s careful attention to Sibbes’s context reveals historical, as opposed to theological, discontinuities. For example, Calvin’s statements on assurance were uttered in the context of an ongoing polemic against the Roman Catholic Church. Sibbes, on the other hand, was a member and minister of a national Protestant church. As Dever shows, when due attention is given to specifics and context, many of the “discontinuities” between Calvin and his successors, particularly in the English Church, disappear.

In conclusion, Dever’s new work is an outstanding introduction to the life, times, and thought of the “reforming conformist,” Richard Sibbes. It’s the best biography of “the sweet dropper of grace” available today. It may be the most academic work in Ligonier’s A Long Line of Godly Men series, but that should be viewed as a strength, not a weakness. By presenting Sibbes in his proper context, Dever gives insight into how Sibbes speaks to ours. Fans of Sibbes’s works will welcome this new and more accessible edition of Dever’s dissertation. Students of English Puritanism will benefit from Dever’s illuminating historical research. Anglicans will appreciate the inclusion of this churchman in the series. And all followers of Christ can find in this book a godly man worth imitating.

Ben Rogers (PhD, The Southern Baptist Theological Seminary) did his doctoral work on J. C. Ryle. He is a Baptist minister and is presently working on a number of Ryle-related writing projects.