History is filled with great stories. A few weeks ago, I reviewed a biography of Richard Allen, a man born into slavery during the American Revolutionary era, who trusted in Christ as a teenager, converted his master, purchased his freedom, rode the circuit as a preacher with famous Methodist leader Francis Asbury, served as a chimney sweep (perhaps even for George Washington), survived yellow fever, walked out of his church in protest of segregation, founded the black church, and then bought back his own church building years later. Seriously.

I love great stories. I knock out biography and history books on my Kindle during my afternoon workout. If you’re looking for a book or two to take on vacation this summer, here are a few recommendations I hope you enjoy.

1. DEWEY DEFEATS TRUMAN: THE 1948 ELECTION AND THE BATTLE FOR AMERICA’S SOUL
by A. J. Baime 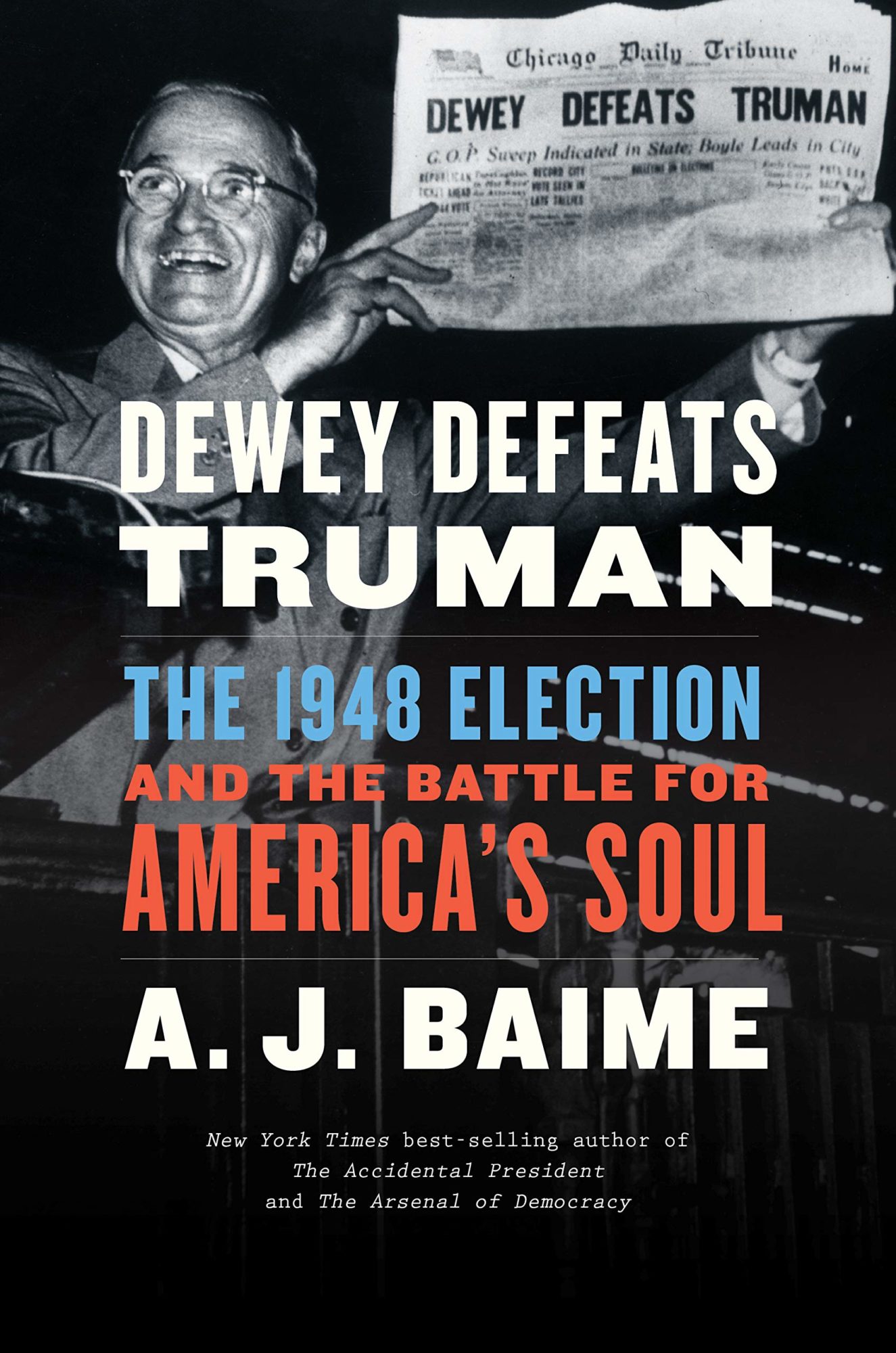 Before 2016, there was 1948, the greatest upset in American history, and the press had to answer for its role in calling it wrong. The Denver Post: “We, and the rest of the American press, have an awful burden of explanation to offer for this refutation of our ‘expert’ opinion. For the fact is that we have failed abysmally in putting a finger on the real pulse of America.”

But the 1948 election also foreshadowed the development and growth of a more radical left wing in American politics, through the ill-fated campaign of former vice-president Henry Wallace. And then there was the Dixiecrat revolt, led by presidential candidate Strom Thurmond, which set in motion the Southern battle to maintain white supremacy—a drama that would play out over the next three decades, with ramifications still today. If you like presidential politics, you’ll enjoy this book. 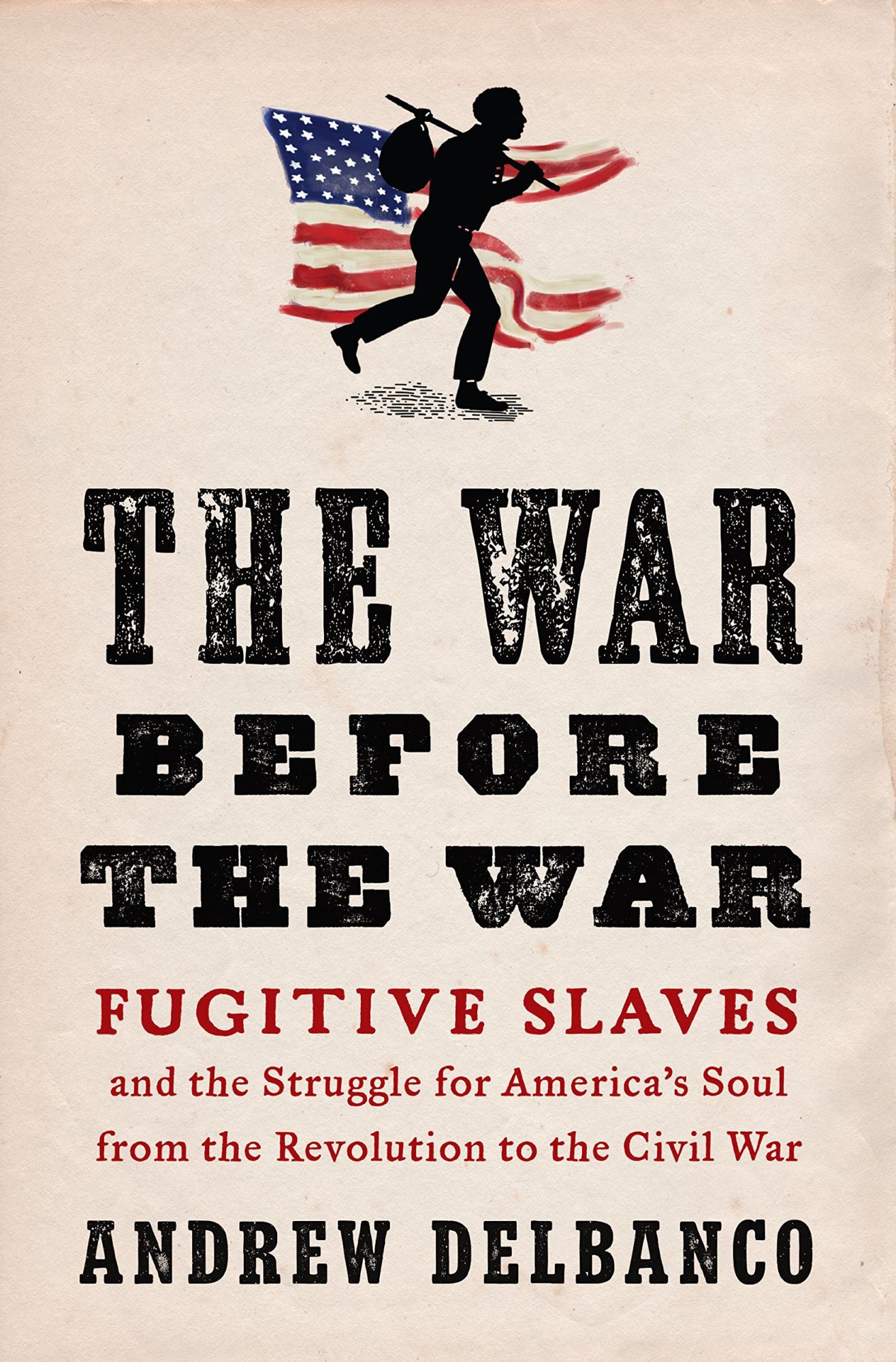 2. THE WAR BEFORE THE WAR: FUGITIVE SLAVES AND THE STRUGGLE FOR AMERICA’S SOUL FROM THE REVOLUTION TO THE CIVIL WAR
by Andrew Delbanco

One could make the case, after reading this book, that it wasn’t slavery per se that led to the Civil War, but the South’s insistence on drawing the North into its web of complicity. The tragedy and horror of the Fugitive Slave Act and its effects on all Americans, not only the South, pierced the conscience of the nation and drew fierce opposition.

Delbanco does a good job describing the plight of fugitive slaves, the anger of Southern masters, the compromise and courage of different politicians, and the moral quandary faced by ordinary white citizens. 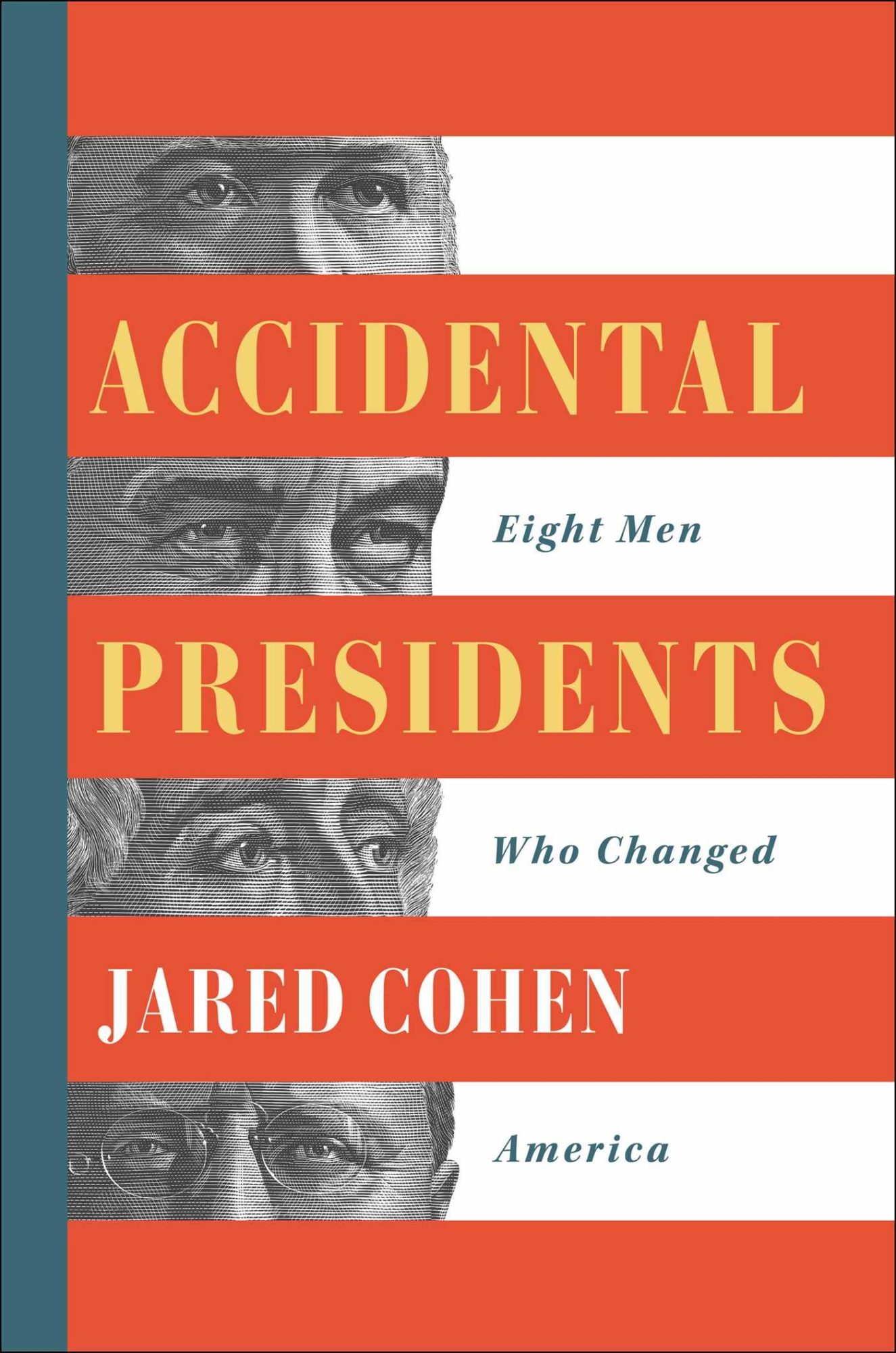 Cohen is a good writer with an eye for detail and a feel for how to keep the narrative moving. In this book, he tells the stories of eight men who assumed the presidency when the incumbent died in office. Here is his description of the men and their response to the challenges before them. 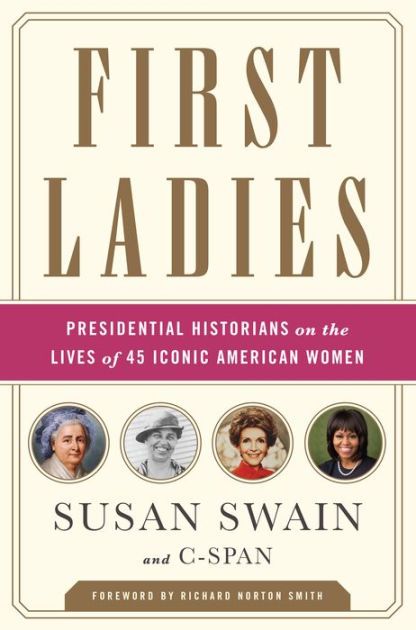 This book features various historians discussing the development of the role of “first lady” over the centuries. A chapter is devoted to each woman, from Martha Washington to Michelle Obama. In some cases, the lady who receives the title is not the wife of the president, but a relative who assisted in overseeing the social world of White House hospitality. In other cases, the women profiled died before their husbands assumed the highest office in the land, yet the authors still include a consideration of their influence on the president-to-be.

Martha Washington set the standards followed by first ladies for more than a hundred years. Nellie Taft was the first to write and publish her memoirs. Edith Wilson did her best to cover up Woodrow Wilson’s severely impaired health after a stroke. Lady Bird Johnson recorded on tape her reflections of the time she spent in the White House. Overall, this is a fascinating look at an often-neglected side of politics and power in Washington, D.C.

5. THE GATHERING STORM
by Winston Churchill 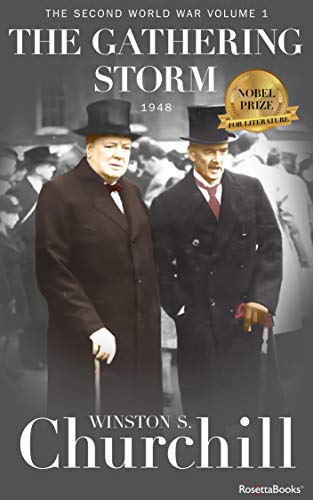 My pick for “favorite read” in 2020 was The Last Lion trilogy that tells the story, in extensive detail, of Winston Churchill’s life and times. For a one-volume biography of Winston Churchill, you can’t find anything better than Andrew Roberts’s marvelous work. For shorter books that focus only on a part of Churchill’s life, I recommend Candace Millard’s Hero of the Empire and Erik Larson’s The Splendid and the Vile.

But if you want to read the man himself (and why wouldn’t you?), start here, with the Nobel-prize-winning first volume of Churchill’s history of WWII. Where else are you going to find a first-person account of “the incidents and impressions which form in my mind the story of the coming upon mankind of the worst tragedy in its tumultuous history.” And where else will you find writing that sparkles like this? 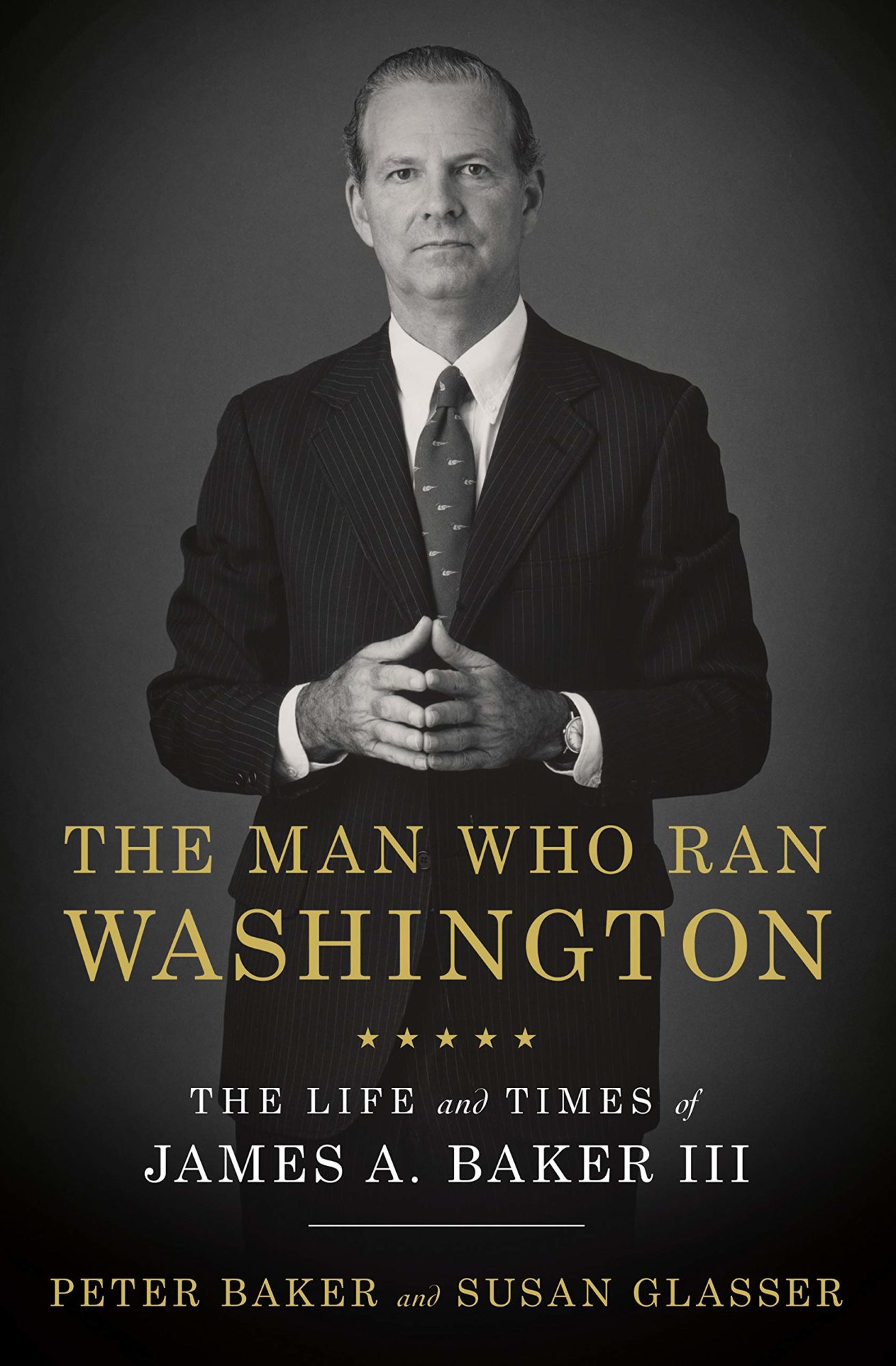 6. THE MAN WHO RAN WASHINGTON: THE LIFE AND TIMES OF JAMES A. BAKER III
by Peter Baker and Susan Glasser

Sometimes, it’s not the president who makes things happen, but the person behind the scenes managing the day-to-day work of maneuvering in politics.

James Baker may not be a household name, but from Richard Nixon to George W. Bush, he exerted major influence on every Republican administration. Four presidents looked to him for counsel because they knew he knew how to make Washington work.

This book, filled with details drawn from historical records and personal interviews, is a page-turner. You find Baker at the center of countless successes, controversies, and political battles, and through his life you get a crash course on what a (mostly) successful navigation of competing agendas from different leaders looks like. 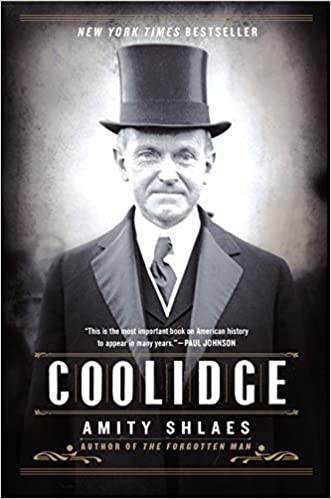 Calvin Coolidge is one of the “accidental presidents” who succeeded in reining in spending and fueling a roaring economy in the 1920’s. A man known for his calm and quiet demeanor, he was nevertheless passionate in pursuit of policies that aligned with his convictions.

Shlaes does an admirable job of helping us experience Coolidge’s personality, grounding his motivations in his upbringing and personal history. We walk with Coolidge on a road of success and tragedy, of romance and sorrow, of navigating deftly around the scandals of the president he replaced and successfully finding his voice in order to win election in his own right. 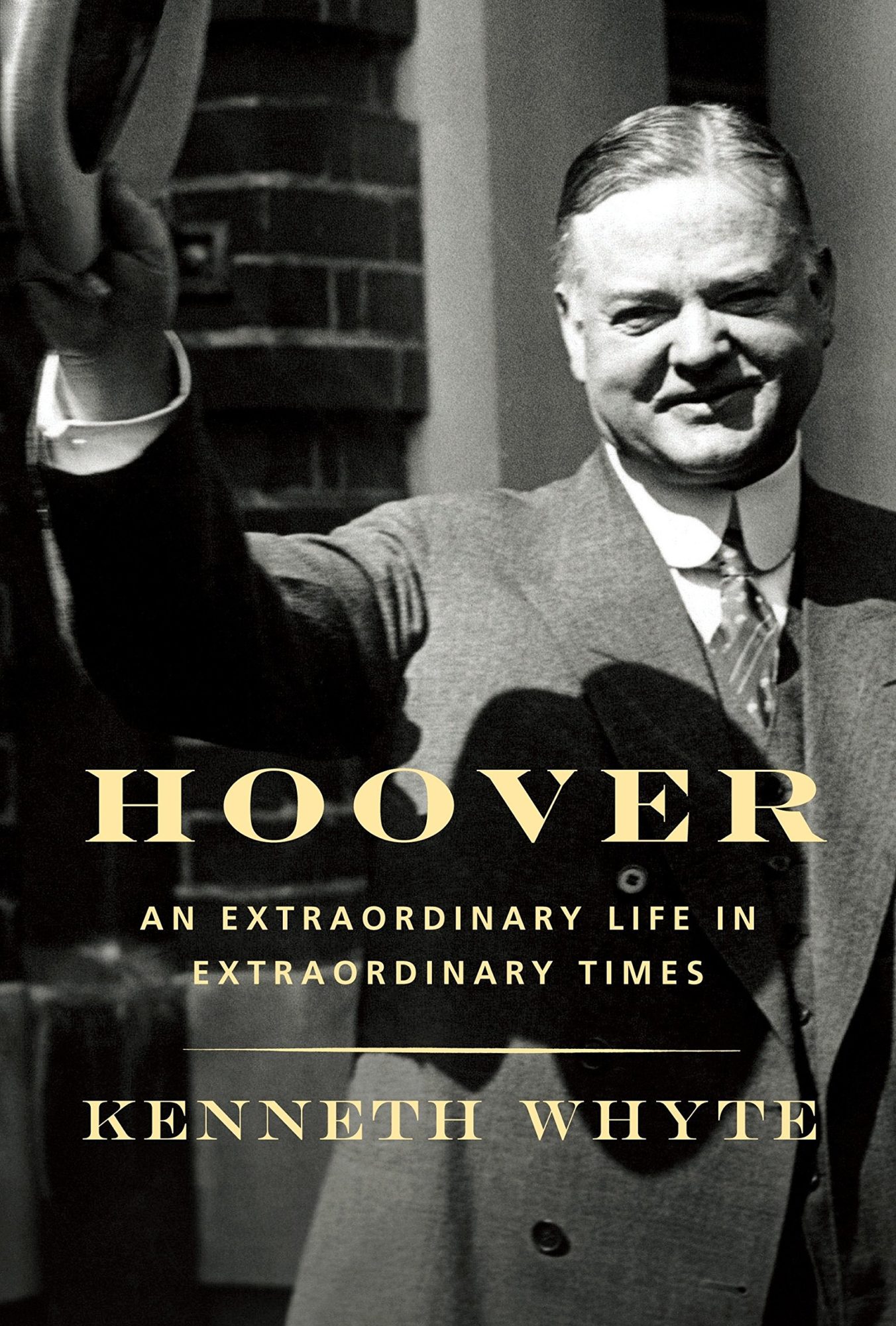 Following Coolidge comes Herbert Hoover, a president whose oversight of the initial stage of the Great Depression has saddled him with a poor reputation, much of it undeserved.

If you were to rank the American presidents by the most success pre- and post-presidency, Hoover would be near the top. An extraordinary man of talent and determination—a culture-crossing, world leader in his own right even before stepping into the White House—Hoover remained an active participant in world affairs even into the later decades of his life. If you only think “Depression” when you hear the name Hoover, you are missing out on one of the most interesting presidents of the last century. 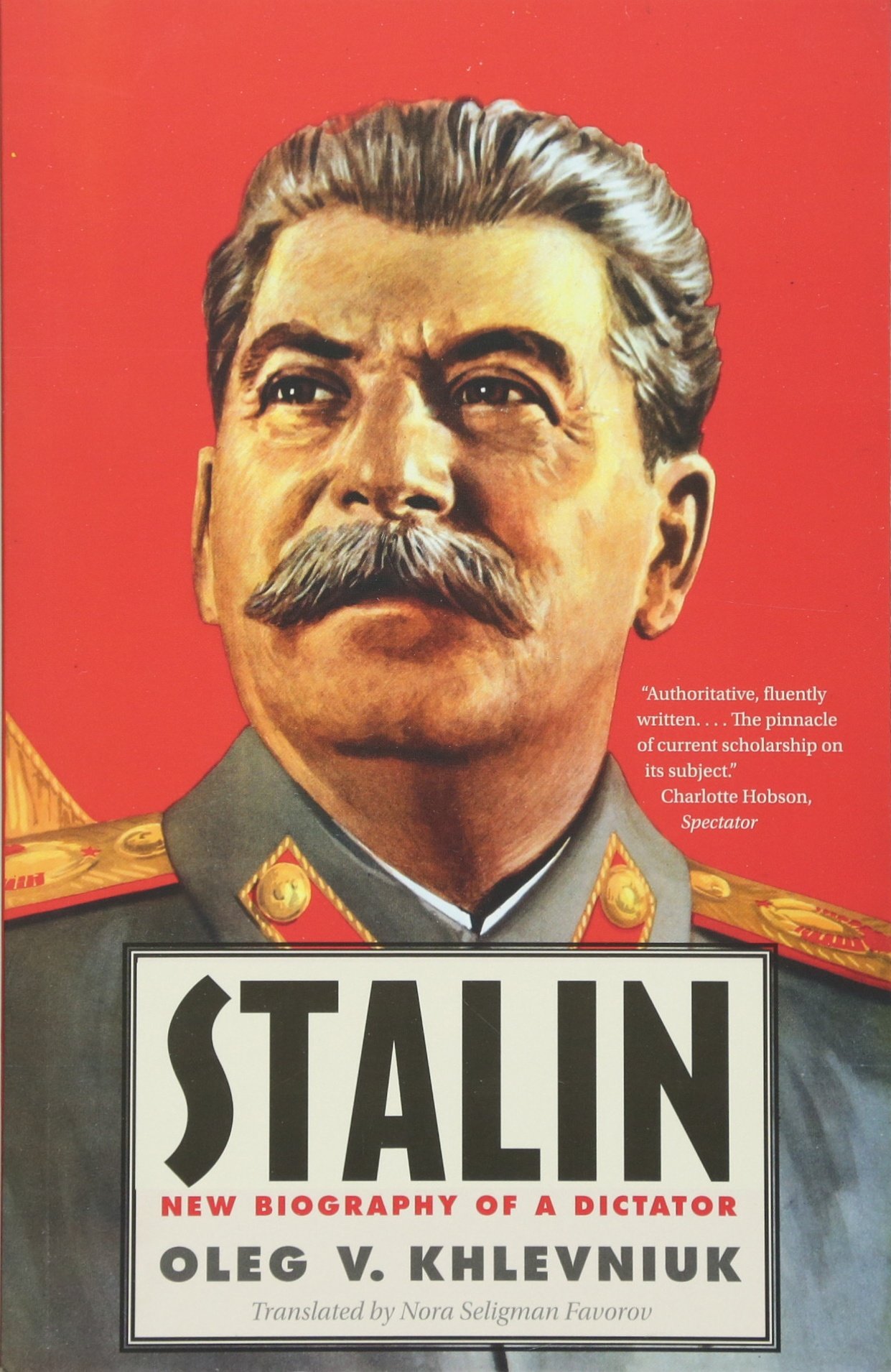 I hate to end on a sour note, but the history of the mid-20th century cannot be told apart from Josef Stalin’s life and horrible legacy. Khlevniuk spent two decades studying Stalin and the causes and logic that underlay his actions. In response to recent apologists for Stalin, or historians who downplay his involvement in decrees the upended or destroyed millions of lives, Khlevniuk ensures that the blame rests squarely on Stalin’s worldview, in which the Bolshevik state is absolute and personal interests were subjugated to the movement and its leaders.

“The state was unrestricted in its actions and could never be wrong, as it represented the ultimate truth of historical progress. Any action by the regime could be justified by the greatness of its mission. Mistakes and crimes by the state did not exist; there was only historical necessity and inevitability or, in some cases, the growing pains of building a new society.”

This biography of Stalin taps into the fear that fueled the dictator’s power over his associates and the rest of the Soviet Union.

Controversy and the Sin of Self-Importance

Thomas Kidd
Who Is a Fundamentalist?
A Guide to Choosing a Christian College
How to Counter Anti-Evangelical Hostility
Kevin DeYoung
Preachers Gotta Preach
The Most Important Decision You’re Probably Not Thinking About
Life and Books and Everything: “Lament for a Father,” with Marvin Olasky
Erik Raymond
Christ Took the Mountain
Are You Unintentionally Joining the Pride Parade?
The Context of The Great Commission is a Miracle
Justin Taylor
A Meditation from Dane Ortlund on Psalm 42
The Song Michael Reeves Wants Played at His Funeral
Who Was William Jennings Bryan?
LOAD MORE
Loading