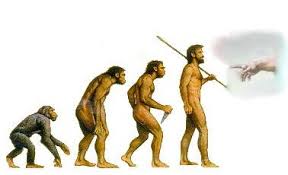 Most readers of this blog are probably aware that theistic evolution has been a hot topic in evangelicalism of late. Certainly, the aggressive support for evolution from the gang at Biologos has succeeded in stirring the pot. As did the address this summer from Albert Mohler responding to Biologos (for Mohler’s latest on the controversy go here; that link will also take you to the most pertinent links in the debate).

Given the ongoing debate, many of you should be interested in a new book from the Discovery Institute entitled God and Evolution, edited by Jay Richards. The book is not necessarily a defense of Mohler’s position, but it is a strong critique of theistic evolution.

Jay Richards (whom you may remember from this work) was kind enough to do an interview with me about this new book..

Hi Jay, thanks for doing another interview for us. Maybe you can start by telling us what you’re up to these days. You’ve left Grand Rapids and are back in Seattle, correct?

Yes, I left Acton full time in November 2008. In 2009, I was a Visiting Fellow at the Heritage Foundation, and worked on a couple of projects related to economics. In September 2009, I also started writing as a Contributing Editor at the The American and the Enterprise blog at American Enterprise Institute, and returned to Discovery Institute full time in February 2010. We’re living in Seattle now, just a few miles from the Discovery Institute offices.

You edited this new book “God and Evolution.” Who are a few of the others contributors and why did you feel compelled to do this book?

Other than me, the book contributors are John West, Stephen Meyer, Casey Luskin, William Dembski, Jonathan Witt, Jonathan Wells, Logan Gage, David Klinghoffer, and Denyse O’Leary. All of these folks are associated with the intelligent design movement, so you might wonder why a bunch of ID folks would get together to write about God and evolution. We did so for several reasons. First, in recent years, there’s been a resurgence of attempts to reconcile theism with Darwinian evolution. Many of these “theistic evolutionists” have claimed that ID is bad theology. Some have even called it blasphemous! These accusations needed a response. Second, while intelligent design arguments are based on public evidence and standard forms of reasoning, the debate over design obviously has theological implications. Finally, speaking for myself, I’ve grown increasingly concerned that many well-meaning Christians are confused about the question of “evolution.” Too many people seem satisfied to say that evolution is just God’s way of creating without being clear on what that means.

We’ve all heard the phrase, but what exactly is “theistic evolution?”

The problem with the word “evolution” is that it means many different things—some trivial, some significant and controversial. We use the term “theistic evolution” in the book to refer to those who seek to reconcile more or less traditional theism with Darwinian evolution. Darwinism has always been defined as a purposeless process, so reconciling it with theism is a grade A dilemma. If, in contrast, a person believes that God guided an evolutionary process in creating the various forms of life, they might believe in “evolution” in the sense of common ancestry, but their view would be very un-Darwinian. They would be a design proponent rather than a “theistic evolutionist” in the sense that we use the term.

I know you’ve got a whole book on this topic, so I don’t expect you to rehearse all the arguments, but perhaps you could briefly highlight one or two scientific problems with theisitc evolution?

The key scientific problems with theistic evolution are identical with the key scientific problems with Darwin’s theory. Though we know that Darwin’s mechanism can explain some trivial things, such as antibiotic resistance in bacteria and variations in finch beaks, there’s no evidence that random genetic mutations and natural selection can create major new systems in biology. On the contrary. Much of what we know suggests that Darwin’s “mechanism” is quite limited in scope. One of the popular arguments theistic evolutionists use against ID proponents is the idea that most of our DNA is “junk.” Francis Collins (head of the NIH) is quite fond of this argument. You would expect flotsam and jetsam left over from the Darwinian process, according to Collins, if the system were cobbled together by a mindless process, but not if the system had been designed.

A decade and a half ago, some ID proponents predicted that many of these so-called non-coding regions (regions that don’t code for proteins) would eventually be found to have important functions. Well, evidence for important functions has been reported for years in the scientific literature. It’s becoming clear that some religious scholars were so quick to accommodate Darwinism that they didn’t check the evidence carefully.

You also talk about philosophical and theological problems. Do you think theisitc evolution presents dangers to orthodox Christianity?

THE central theological problem for theistic evolutionists is reconciling Darwinian Theory—which defines “random” to mean “purposeless”—with theism. The theist claims that God created the world for a purpose and providentially guides it. But it simply makes no sense to say that God directs an undirected process. This basic contradiction at the heart of the project leads many theistic evolutionists either to trade in equivocations, or to jettison major parts of traditional theism.

How should a Christian student or scholar respond when someone dismisses Intelligent Design out of hand saying “It’s not science”?

The best thing someone can do to respond to the claim that ID is not science is to take the time to read the responses to this charge from ID proponents. We deal with it a bit in the book. To make a long story very short, any definition of science broad enough to encompass Darwinism, origin of life studies, and cosmology, will allow ID arguments. Any non ad hoc definition of science strict enough to rule ID out will also rule out these other disciplines which we all accept as science. However you define science, however, ID arguments are based on public evidence from science and don’t depend on private revelation. So the question remains: Is there evidence for intelligent design in nature, or not? Even if ID were basket-weaving or European history, that’s still the relevant question.

What is the relationship between ID and young earth creationism? Are there cautions you would have for Christians in either camp?

ID differs from young earth creationism because it is based on the evidence from nature alone, and is not an attempt to reconcile the biblical text (or an interpretation of the biblical text) with the evidence of nature. ID, strictly speaking, simply claims that there are patterns in nature that are best explained as the product of an intelligent agent. That’s consistent with a variety of different creationist views, but is identical with none of them. Of course, many ID proponents have specific views about the doctrine of creation, the age of the universe, and so forth. But ID per se is distinct from these ideas.

To put it differently, if you’re a young earth creationist you’re going to believe in some forms of design. But you could think that some things are best explained in terms of design, but not be a young earth creationist. The key contrast with ID would be materialism. ID proponents think you need the category of agency to fully explain the natural world. Materialists ultimately deny this.

Justin Taylor
A Simple Way to Help One Million Christians in the Global South Get a Copy of Their Own Bible
Listen to Zambian Pastor Conrad Mbewe Narrate the ESV
Christological and Trinitarian Principles and Rules for Exegesis
Melissa Kruger
Sneak Peek Interview: Megan Hill’s New Children’s Book
Sneak Peek Interview: Wendy Alsup
Sneak Peek Interview: Trillia Newbell
Ray Ortlund
Everything just so
The blessing we dread
The peace of Christ
Erik Raymond
How Can Pastors Prevent Burnout?
He Is Not Ashamed
How to Get More Out of Church
LOAD MORE
Loading