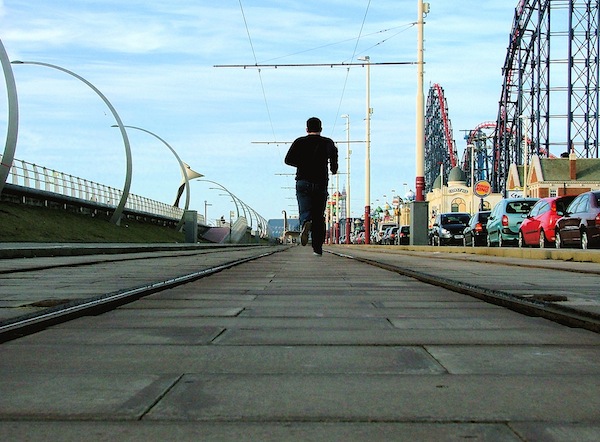 It’s one of those things we know to be true on an intellectual level, but we forget it easily in personal experience.

Temptation is not the same as sin.

This truth is obvious from the Scriptures. In the Lord’s Prayer, we are taught to pray “forgive us our debts” and “lead us not into temptation” (Matt. 6:12-13). Debts and trespasses require forgiveness; temptation needs deliverance. They are not the same. Just because you are struggling with temptation does not mean you are mired in sin. The spiritual progression in the human heart goes from desire to temptation to sin to death (James 1:14-15). We are told to flee temptation, not because we’ve already sinned, but because in the midst of temptation we desperately feel like we want to. If being tempted was in itself a mark of wickedness, we could not confess that Jesus Christ “in every respect has been tempted as we are, yet without sin” (Heb. 4:15). It is possible to experience profound temptations to sin while still being blameless from that sin.

Why does this distinction matter? For at least two reasons.

First, many Christians go through life with a weight of guilt and shame for temptations that feel like sins, but aren’t themselves sinful. Take lust for example. A man addicted to pornography is sinning. A man fantasizing about a woman’s appearance is committing lust in his heart. But what a man who notices a woman is attractive and then hesitates whether to look longer and think deeper about what he just saw? That’s likely a temptation and not a sin. Think about David and Bathsheba. Assuming he was on the roof minding his own business, it wasn’t wrong for something to register in David’s brain that the woman his eyes happened upon–again, assuming he just happened on the sight–was attractive. The problem was that he then sent and inquired about the woman. This is desire giving way to temptation, on the way to sin and death.

Second, it’s important to maintain the distinction between temptation and sin, lest we give up the fight of faith too quickly. Why go to battle against the allure of pride or the inclination to self-pity if the allure and the inclination are themselves already evil deeds? Sure, we may still hate those things as sins, but we will be less likely to fight with a sense of urgency if we presume we’ve already crossed the line into sin. What if David spotted Bathsheba out of the corner of his eye, noticed she was beautiful, had a quick thought that she could be gotten for himself, but then asked God to deliver him from the temptation? What he needed at the moment of recognition was not a wallowing in the depths of despair over his lustful heart, but a strong stance against the very human temptation that was rising to assail him.

By all means, let us be quick to repent when we sin in thought, word, or deed. Let us beseech God to forgive us our real debts. Let us also pray with frequency and fervency “lead us not into temptation and deliver us from the Evil One.” Sin and temptation are not identical, but they are both threats to the Christian.

Scotty Smith
Look for Jesus IN Your Story, Not a Moral to Your Story
Christ-Supremacy Isn’t a Game
A Joy Greater Than Terror and Triumph
Justin Taylor
Three Harms that Come from Redefining Marriage
The Scandal of the American Evangelical Intellectual
A Simple Way to Help One Million Christians in the Global South Get a Copy of Their Own Bible
Trevin Wax
Ministry Is Tough: When Self-Care Becomes Self-Absorption
Ivan Provorov and the Pressure to Punish LGBT+ Dissent
Lesson for the Church from the Barnes & Noble Turnaround
Thomas Kidd
Tradition, the Bible, and America’s Debate over Slavery
Charles Spurgeon the Pastor
From ‘Wretched’ to ‘Needy’: Changing a Classic Hymn
LOAD MORE
Loading