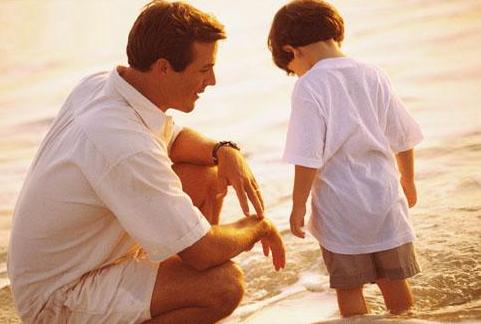 In Ephesians 6:4, God tells fathers (though I think the application is fair for both parents) to raise children in the discipline and instruction of the Lord. He also warns against provoking our children to anger. So how do we do one without the other? How do we discipline exasperating kids without in turn exasperating them unnecessarily?

Commenting on this verse, Martyn Lloyd-Jones offers seven principles to govern our disciplinary action as parents.

1.  “We are incapable of exercising true discipline unless we are first able to exercise self-control, and discipline our own tempers” (Life in the Spirit, 278).

2.  “If a parent is to exercise this discipline in the right way he must never be capricious. There is nothing more irritating to the one who is undergoing discipline than a feeling that the person who is administering it is capricious and uncertain. There is nothing more annoying to a child than the kind of parent whose moods and actions you can never predict, who is changeable, whose condition is always uncertain. There is no worse type of parent than he who one day, in a kindly mood, is indulgent and allows the child to do almost anything it likes, but who the next day flares up in a rage if the child does scarcely anything at all” (279).

3.  “Another most important principle is that the parent must never be unreasonable or unwilling to hear the child’s case. There is nothing that so annoys the one who is being disciplined as the feeling that the whole procedure is utterly unreasonable. In other words, it is a thoroughly bad parent who will not take any circumstances into consideration at all, or who will not listen to any conceivable explanation. . . .Of course one realizes that advantage can be taken of this by the child. All I am saying is that we must never be unreasonable. Let the explanation be given by the child, and if it is not a true reason, then you can chastise for that also as well as for the particular act which constitutes the offence. But to refuse to listen, to prohibit any kind of reply, is inexcusable” (280).

4.  “But there is another principle to be considered – the parent must never be selfish. . . .My charge applies to persons who do not recognize that the child has his own life and personality, and who seem to think that children are entirely for their pleasure, or for their use. They have an essentially wrong notion of parenthood and what it means. They do not realize that we are but guardians and custodians of these lives that are given to us, that we do not possess them, that they do not ‘belong’ to us, that they are not ‘goods’ or chattels, that we have no absolute right over them” (281).

5. “Punishment, discipline, must never be administered in a mechanical manner. There are people who believe in discipline for its own sake. That is not biblical teaching, but the philosophy of the Sergeant Major. . . .It must never be thought of in terms of pressing a button and expecting an inevitable result to follow. That is not true discipline; it is not even human. That belongs to the realm of mechanics. But true discipline is always based on understanding; it has something to say for itself; it has an explanation to give” (282).

6.  Discipline must never be too severe. Here is perhaps the danger that confronts many good parents at the present time as they see the utter lawlessness about them, and as they rightly bemoan it and condemn it. Their danger is to be so deeply influenced by their revulsions as to go right over to this other extreme and to become much too severe. The opposite of no discipline at all is not cruelty, it is balanced discipline, it is controlled discipline” (283).

7.  “We must never fail to recognize growth and development in the child. This is another alarming parental defect which, thank God, one does not see now so often as formerly. But there are still some parents who continue to regard their children all their lives as if they had never outgrown their childhood. The children may be twenty-five but they still treat them as if they were five. They do not recognize that this person, this individual, this child who God has given them in His grace, is one that is growing and developing and maturing” (284).

Justin Taylor
A Simple Way to Help One Million Christians in the Global South Get a Copy of Their Own Bible
Listen to Zambian Pastor Conrad Mbewe Narrate the ESV
Christological and Trinitarian Principles and Rules for Exegesis
Thomas Kidd
From ‘Wretched’ to ‘Needy’: Changing a Classic Hymn
Christianity, Warfare, and American National Identity: An Interview with Benjamin Wetzel
Is the Declaration of Independence a Christian Document?
Erik Raymond
How Can Pastors Prevent Burnout?
He Is Not Ashamed
How to Get More Out of Church
Melissa Kruger
Sneak Peek Interview: Megan Hill’s New Children’s Book
Sneak Peek Interview: Wendy Alsup
Sneak Peek Interview: Trillia Newbell
LOAD MORE
Loading