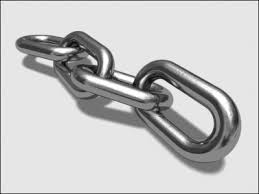 I told you last week about my summer sabbatical. I also warned you that I might use one or two excerpts from my doctoral studies as blog posts. Here’s excerpt number two. It’s from a section where I try to demonstrate Witherspoon’s connections with the High/Late Reformed Orthodoxy of Pictet and Turretin.

The scholastic distinction Witherspoon employed most robustly is one with a long and convoluted history. The debate surrounding the nature of the human will–is it bound or is it free?–goes back to at least the time of Augustine (354-430). In order to make sense of this perennial question, medieval scholastics like Peter Lombard (1096-1164) and Bernard of Clairvaux (1090-1153) made distinctions among different types of necessity, distinctions Calvin used to explain how man could be enslaved to sin and at the same time responsible for his sin. Our sin, which the fallen will chooses by necessity, is also voluntary because the choice is owing to our own corruption.[1] There is no external coercion, no outside compulsion which makes us sin. The will, however bound to wickedness it may be, is still self determined.[2]

Not surprisingly, Witherspoon held to the same basic distinction, though with far less scholastic nuance. On several occasions Witherspoon defended the necessary yet voluntary nature of our sin by explaining the difference between natural and moral inability. Here, for example, is Witherspoon discussing the matter at some length in his Treatise on Regeneration:

Again the sinner will perhaps say, “But why should the sentence by so severe? The law may be right in itself, but it is hard, or even impossible for me. I have no strength: I cannot love the Lord with all my heart. I am altogether insufficient for that which is good.” Oh that you would but consider what sort of inability you are under to keep the commandments of God. Is it natural, or is it moral? Is it really want of ability, or is it only want of will? Is it anything more than the depravity and corruption of your hearts, which is itself criminal, and the source of all actual transgressions? Have you not natural faculties, and understanding, will, and affections, a wonderful frame of body, and a variety of members? What is it that hinders them all from being consecrated to God?[4]

The distinction has been controversial in the Reformed tradition, with some theologians defining natural ability in such a way as to give unregenerate man the power within himself to repent and believe. This is what the Swiss triumvirate heard in the doctrine coming out of Saumur and why the Consensus Formula Helvetica argued for an inability that was moral and natural (Canon XXI-XXII). The Consensus was not rejecting the distinction outright—after all, the Formula was Turretin’s idea and Pictet supported it. The Swiss theologians wanted to guard against the notion that faith was in some way self-originated (Canon XXII).

This seventeenth century European controversy is not unlike the controversy that embroiled Reformed theology in the eighteenth and nineteenth centuries in America. In Witherspoon’s time, the most famous theologian to speak of natural versus moral inability was Jonathan Edwards (1703-1758), who used the familiar distinction as an important part of his attack on Arminianism in Freedom of the Will (1754).[6] In the years that would follow, New Divinity theologians inspired by Edwards would make the notion of natural ability the centerpiece of their thought, arguing for greater volitional power in unregenerate man and, in some cases, arguing against the doctrine of the imputation of Adam’s sin. This was a step Edwards did not take and would not have encouraged.[7] So great was the controversy throughout the next century that in 1863 Lyman Atwater took to the pages of Charles Hodge’s Biblical Repertory and Princeton Review to explain that when Witherspoon spoke of natural ability and moral inability he did so in the old school, orthodox, Turretin sense of the terms.[8]

[5] Christian Theology, 200 (Theologia Christiana V.x.12). The italics are in the original Latin and in the English translation. The distinction can be found in others from the Reformed tradition, including William Twisse (1578-1646), the presiding officer at the Westminster Assembly, and Thomas Manton (1620-1677), a clerk at the Assembly (William Twisse, The Riches of God’s Love unto the Vessells of Mercy [Oxford: Printed by L.L. and H.H. for Tho. Robinson, 1653], 1.1.72; Thomas Manton, The Complete Works of Thomas Manton [London: James Nisbet and Co., 1873], 21:332).

[6] See Part I, Section 4 in The Works of Jonathan Edwards, Volume 1: Freedom of the Will, ed. Paul Ramsey (New Haven: Yale University Press, 2009). There is no indication that Witherspoon was borrowing from Edwards in using the distinction. Although Witherspoon’s Popular Party colleague John Erskine was close to Edwards, the latter is never mentioned by Witherspoon and the only Edwards’ volume recorded in his library is the devotional work The Life of David Brainerd (1749 [Witherspoon’s edition, 1765]).

[8] Lyman Hotchkiss Atwater, “Witherspoon’s Theology,” The Biblical Repertory and Princeton Review (1863), 598-599. Ashbel Green dealt with the same issue in his biography of Witherspoon, responding to the claim “publickly asserted in print, that Dr. W. favoured the idea, that unsanctified men possess natural ability to love God and keep his commandments.” Green argued that Witherspoon’s statements on natural ability and moral inability did not differ “from the creed of any well informed Calvinistic divine of the Old School, namely; that in regeneration no new faculties are imported, but only that there is a renewal and sanctification of those which are possessed from nature; and also, that every unregenerate man is justly answerable for any act of disobedience to the divine requisitions, and every omission of commanded duty, because, in all, he acts voluntarily and of choice” (Life of the Rev. John Witherspoon, 265-266).