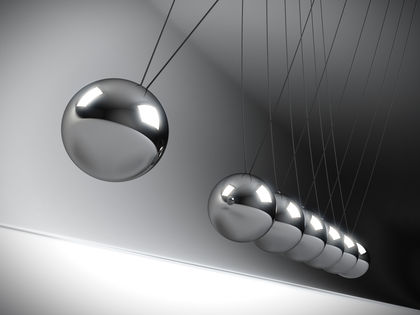 Israel wasn’t supposed to want a king, but they asked anyway. So God gave them what they wanted—an impressive human king, just like the other nations had. His name was Saul, and he didn’t last long. He disobeyed the divine command, infuriating the prophet-judge Samuel and upsetting the Lord God.

The word of the Lord came to Samuel: “I regret that I have made Saul king, for he has turned back from following me and has not performed my commandments.” (1 Samuel 15:10-11)

And Samuel did not see Saul again until the day of his death, but Samuel grieved over Saul. And the Lord regretted that he had made Saul king over Israel.

Strong words. And surprising too. What does it mean for God to say “I regret”? Can God change his mind? Can we thwart God’s plans? Is God ignorant about the future? Is God just like us in that he makes honest mistakes and sometimes look back at his decisions and says, “Golly, I wish I could do that one over again”? It seems like our God makes mistakes and is forced to change course.

And yet, we know this is not the right way to understand God’s regret because of what we read a few verses earlier in 1 Samuel 15:

And Samuel said to him, “The Lord has torn the kingdom of Israel from you this day and has given it to a neighbor of yours, who is better than you. And also the Glory of Israel will not lie or have regret, for he is not a man, that he should have regret.” (28-29)

We must keep in mind one of the great principles of biblical interpretation: the author was not completely stupid. We have no reason (other than our own biases) to think verse 29 was inserted by a later scribe and no reason to think verse 29 cannot cohere with verses 11 and 35. Clearly, if we are going to be wise, consistent students of Scripture we have to allow that in some sense God can regret, while in another sense God would not be God if he did regret.

The author of 1 Samuel–not to the mention the Author behind 1 Samuel–is trying to teach us something about God. On the one hand, our God is not static, monotonous, and lifeless. As a personal, relational Being, God’s activity in the world is subject to change and allows for all the dynamism we have in our personal relationships. There was always bound to be conflict in covenantal history between God and human beings, but this does not mean there is conflict within God’s inner being (see Horton, The Christian Faith, 240-241). As God’s ways appear to us, there will be change and variation, but as God is in his character and essence there can be no variation of shadow due to change (James 1:17; cf. Mal.3:6; Heb. 13:8; 2 Tim. 2:13).

When God reflects on the disobedience of Saul, he uses a word that makes sense to us: the word “regret.” But this doesn’t mean God was ignorant about Saul’s sin or caught off guard by his rebellion. As John Piper points out, God is quite capable of lamenting a state of affairs he himself foreknew and brought about. In other words, God’s regret is not analogous in every way to our regret. This seems to be the point verse 29 is explicitly making. God can look back at Saul and say “I’m grieved that he sinned; it’s time to find another king” while still maintaining, “I never change my mind.”