I’m a high school teacher, and my students take standardized tests every year. How do I encourage the kids who are not able to pass? How do I get them to see that they will be great contributors to society and great Christians without jumping through this silly hoop?

This is a question I’ve heard before. My mother and mother-in-law are good and faithful public school teachers. They love Jesus and they love every single one of their kids. Too often, I have lamented with them the injustices of the modern education system. Some of their students are bright, ripe with potential, and capable, but they do not fit the mold of modern testing. “Select the best option” should never be the measure of a young woman or man. You’re right to question this. 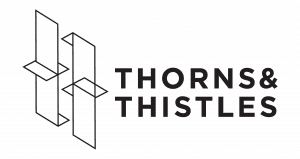 You would like your students to believe that their identity can find a firm foundation in Christ alone. Of course, this is a stark challenge to communicate to anyone, let alone teens. It takes the power of the Holy Spirit, often helped along by Christian parents, friends, pastors, and teachers.

Here are three short things you can remind your students each week to help them remember who they are.

My mother-in-law teaches second graders, who I imagine are very different—yet not so different at all—from high schoolers. Where she teaches, her career rides on these eight-year-olds’ performance on one test at the end of the year. Teachers across the country face the pressure of failing to attain tenure, reduced compensation, even neighborhood home values changing based on how well their students can fill out a Scantron.

“It’s one measure on one day of one subject.”

This is what my mother-in-law emphasizes to her kids. The test doesn’t determine their worth, so she intentionally combats that temptation on their behalf. Plus, the secret you probably know is that parents already know this to be true. By telling your children the truth about this exam, you will (hopefully) be reinforcing the same message they’re getting at home.

I don’t know about your school district, but where I’m from, students don’t pass or fail a grade based on a standardized test. The test matters, but it simultaneously doesn’t matter at all. This is a bitter pill to swallow for the struggling achiever or frustrated perfectionist in your fourth period, but that larger view, over time, produces freedom.

These are words I imagine my mother never thought she would tell a student. He was 20 years old and on his third lap of senior year. He was bright, mature, and primed for success in life. But he couldn’t pass the graduation exam. This student watched his classmates move into the next stage of life, all the while he was stuck in front of a blackboard with peers who got younger and younger each year.

You have the joy of telling your students that the process is so much more important than the score.

“You need to drop out. But promise me you’ll get your GED.” My mother worked with students like this every day, and I imagine you do, too. She knew his strengths, his weaknesses, his passions, his fears, his dreams, and his regrets. She knew the test was an immovable object impeding his growth into adulthood. He would make it just fine in life, but he needed another way.

This student had learned how to work hard. He knew what it took to study, to play his strengths, to persevere through being older and wiser than everyone around him. Yet he was unable to win the game of bureaucracy.

Standardized exams were originally written to help educators understand students’ strengths and weaknesses. This student understood his. My mother helped him keep a growth mindset. He wasn’t where he wanted to be—yet.

Students who struggle and keep going are gaining perseverance muscles that will last a lifetime. You have the privilege of stoking the fire of resilience in the face of suffering. You have the joy of telling your students that the process is so much more important than the score.

3. Christ is unspeakably proud of them.

I graduated from seminary a few months ago. Ethics and Religious Liberty Commission president Russell Moore gave the commencement speech, and we couldn’t wait to see what thunder and fire this modern-day prophet would bring to weary, yet expectant, young ministers.

Instead, he brought a whisper. Moore preached 1 Kings 19. He told us that Elijah’s lifelong ministry actually didn’t begin at the victory of Mount Carmel, but in his defeat and desperation. Then he said this: “Baal is the god of winning.”

Winning—the end-all-be-all of our political climate, our career trajectories, our sports enthusiasm, and our quest for the children we love the most. We need them to win because losing is unbearable. Losing is for losers, right?

Baal is the god of winning. Jesus is the God of already won.

We don’t need to be theologians of glory. We don’t need to prioritize glitz and glamor—the straight A’s at the expense of compassion and wholeness. We shouldn’t drill into the next generation’s brains that they must self-actualize their glory now. Rather, we should help them see that glory comes later.

We need to be theologians of the cross. We need to prioritize “a long obedience in the same direction,” the glory in the ordinary, the trudging through the drudgery of standardized testing. We need to promise high schoolers the promise of the gospel—that one day they will be glorified with Christ, and their current suffering is sanctifying them for his glorious reappearance.

Jesus Christ is proud of his disciple, his servant, his friend who can’t pass the exam, but who exudes hard work, a joyful spirit, and fierce rejection of state-measured success as an idol.

Baal is the god of winning. Jesus is the God of already won.

TGC’s “Thorns & Thistles” column seeks to apply wisdom with practical advice about faith, work, and economics. If you have a question on how to think about and practice your work in a way that honors God, let us know at [email protected].

Will Sorrell works in commercial banking, hosts Ergonomy Podcast, and researches the intersection of faith, work, mission, and technology. He earned an MDiv from Beeson Divinity School and an MBA from Brock School of Business at Samford University. He puts his research into practice with his beloved church family, Grace Fellowship. He lives in Birmingham, Alabama, with his wife and Labrador retriever. You can follow him on Twitter.