Scripture demands that we love our neighbors, including those who are inconvenient to us. But most people’s daily work takes place in an aggressive marketplace. Companies are under enormous pressure to beat their competitors. Can Christians love their neighbors while striving to outdo them?

Perhaps surprisingly, the answer is “yes.” But it will only happen if Christians are serious about seeing their work and the economy through the lens of God’s Word. And that means pastors and churches play an essential role in helping people think about work.

All Work Is Competitive

Our culture teaches us that competition means a dog-eat-dog scramble to get as much as we can for ourselves at the expense of everyone else. This is why there is so much evil and destruction in the competitive marketplace. We’ve been told that in our daily work, all day every day, we’re essentially playing a giant game of Monopoly where the goal is to seize all the money for ourselves and leave everyone else destitute. (If you want a model of bad economics, the game of Monopoly is about as ungodly as it gets.) 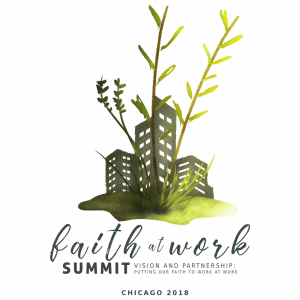 But it is possible to compete without being selfish and destructive. We just need a better understanding of what competition is.

As simple as this sounds, it all begins with the fact that we are not God. We are finite. God has created us with many limitations—of space, time, strength, information. These limitations force us to spend almost every waking moment choosing between competing options. Do I spend the next hour reading or praying? Do I buy a new car, or do I keep spending money on repairs to maintain the old one?

Competition occurs wherever people face a choice between different options, and there is no “both/and” approach. This would be true even in a sinless world.

That is the real reason we compete. All work occurs in an economy, where people do jobs for each other. And all economies, regardless of the system, involve competition. Buyers and sellers offer one another opportunities for transactions. People select the transactions they find the most attractive while declining the alternatives.

This social web of competitive work was inherent in God’s decision to create more than one person.

This social web of competitive work was inherent in God’s decision to create more than one person (“It is not good that the man should be alone,” Gen. 2:18). This is why God is intensely interested in applying justice and mercy in economic transactions everywhere from the Old Testament law and prophets to the New Testament household codes and workplace parables. He’s keeping our competition graceful and honest.

Unpleasant as we may find it, competition is inherent in our finite nature. To have an economy without competition, we would need the infinite powers and radical autonomy of God himself.

With God’s Word as our foundation, we can see our daily work as service to God, obeying the creation mandate (“subdue it, and have dominion,” Gen. 1:28) and pointing forward to Christ’s return by the light of our good works. For the majority of people who work in the competitive marketplace, doing this means a new way of competing.

To have an economy without competition, we would need the infinite powers and radical autonomy of God himself.

The dealer and the mechanic will still be competing for business. But now they can think of each other as necessary parts of a good whole. The dealer thinks, The mechanic is helping me to pursue excellence—because if I don’t do a good job, people can go to him instead. And I help him to do his best in the same way. The mechanic thinks the same in reverse.

They are, in effect, cooperating with each other. They are helping each other produce an overall economy where customers are well served. And they are holding each other to high standards of excellence.

Of course, we know it’s a fallen world. Even among God’s people, the power of sin remains substantial. It would be naïve to think that engaging in competition as cooperation is easy.

On the contrary, keeping ourselves from falling into the dog-eat-dog mode of competition is costly.

It involves diligent investment of our time and treasure in spiritual disciplines. People who lose their intimacy with God generally are not going to show up at work with a spirit of cooperative love toward their economic competitors. So the time we spend in the Word and in prayer, along with other disciplines, is essential to being able to live this way of life. If you want a really tough spiritual challenge that will bear fruit in your life, trying praying for your competitors!

If you want a really tough spiritual challenge that will bear fruit in your life, trying praying for your competitors!

Godly competition also involves honest business dealings—even when your competitors don’t play fair. The economic cost of good ethics can sometimes be overstated. Businesses that behave themselves will earn a good reputation and repeat business, and save money on the costs of conflict. Nevertheless, being ethical involves real sacrifices. It sometimes costs the whole business. In a fallen world, the good guys don’t always come out on top—at least, not visibly and in the present age.

Finally, competing in a godly way involves cultivating a corporate culture of neighborly love. Do people in your workplace talk and act as if the purpose of the business is making money, rather than serving customers? If so, it’s time for a change of direction. Do they speak in degrading and destructive ways about competitors? If so, a taming of the tongue is required. This is especially incumbent upon business leaders, whose power to shape corporate culture is disproportionate; but ultimately it’s everyone’s responsibility to be part of the solution.

In the long run, living a God-honoring life requires us to see the marketplace as an opportunity to compete in a godly way. Our cooperation as we serve one another reflects the image of God that Christ is restoring us to. And our future is one in which all the world’s nations will bring their diverse cultural products into the New Jerusalem and dedicate them to God.

What are you contributing today that points toward that amazing future?

Greg Forster (PhD, Yale University) is the director of the Oikonomia Network, a visiting assistant professor of faith and culture at Trinity International University, and the author of numerous books and articles.