The Gospel Coalition is pleased to premiere the video for Andrew Peterson’s ‘Is He Worthy?’ song, filmed in one continuous take at Scarritt Bennett’s Wightman Chapel in Nashville. According to Peterson, Revelation 5 contains one of the most beautiful and dramatic scenes in Scripture, and is centered around the question, “Is anyone worthy?” The resounding answer is, “Yes! And his name is Jesus.” View the video above or on YouTube. (Update: Andrew, at the Rabbit Room, offers an apology for the lack of diversity in the video.)

I didn’t grow up in a liturgical church. Then again, maybe I did.

As a pastor’s kid in a nondenominational evangelical church in the South, it was impossible not to notice that there was, in fact, an order of worship—an opening hymn, maybe a prelude by the choir (sometimes they even wore robes), followed by a welcome from my dad. There was a “turn around and greet your neighbor” moment, then offering, the doxology, then communion, then a sermon and an invitation, and a closing hymn. Like clockwork.

There was something both monotonous and comforting about it, and I remember my dad joking about how certain congregants would make a show of looking at their watches if his sermon went one minute longer than 20. 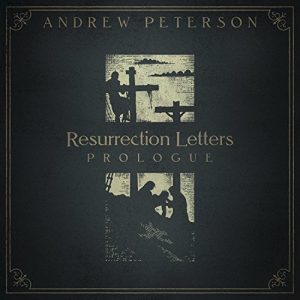 Now we attend a straight-up liturgical church in Nashville, and while at first it felt uncomfortable—like going to a dance where everyone knows the moves but you—I began to realize that it was similar to what I grew up with, but with different names. There’s a call to worship, there’s Scripture reading, there are robes—things just tend to have fancier names: Communion is called Eucharist. The “greet your neighbor” part is called “passing the peace.” The sermon is the homily.

Now that we know the dance moves I enjoy it even more, especially because the liturgy, at its best, actually means something, as opposed to doing it a certain way just because it’s how the previous 15 pastors did it and Brother Jim will be upset if the service goes longer than an hour.

One of the things I like best about liturgy is the more or less constant involvement of the congregation. The word “liturgy” means “the work of the people.” It’s not so much about us coming to sit while the pastor and the elders do everything, but about all of us together rehearsing the story of redemption, edifying each other by reading Scripture aloud, reaffirming what we believe, embodying worship by kneeling or singing together—all of it culminating, of course, in the Lord’s Supper. I can’t overstate how much I crave the moment at the end of the service when I kneel at the front and a friend of mine places the unleavened bread in my open hands, looks me in the eye and says, “Andrew, this is the body of Christ, broken for you.”

Every week my wayward, hungry soul is confronted by the love of Jesus. Like clockwork.

Song for the People

As a songwriter, I’ve tended to avoid writing songs for corporate worship. Part of that is because I happen to love story songs like those of Rich Mullins and James Taylor, but part of it is because I just haven’t felt called to it. There are other, more qualified people writing congregational songs (Sandra McCracken, Audrey Assad, and Matt Maher come to mind). 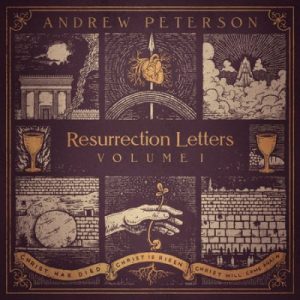 But something in my heart changed when I started working on Resurrection Letters, Vol. 1. Since there aren’t a ton of hymns about the resurrection of Jesus, I wanted to try and write at least a few that invite the audience (or the congregation) to sing along, and since the call-and-response parts of the liturgy are so edifying, the idea struck to write something similar.

I love performing this song at concerts because the audience catches on almost immediately, even if they’ve never heard it, even if they don’t come from a liturgical tradition. I say, “All right folks, with this next one I’m going to sing a question, and then you guys sing the answer back to me.” I give them the first line: “Do you feel the world is broken?” and they answer, “We do.” And then we’re off. By the end, we’re engaged in a conversation, one that includes us all, and ends with us proclaiming together that Jesus is worthy of all blessing and honor and glory. I love it.

I love it so much that I’ve often wondered what I’ve been missing out on all these years. The rest of the album is a mixture of story songs and songs that invite the occasional “na-na-na” singalong—my standard fare—but this may be the one I look forward to the most, because it’s liturgical—that is, it’s a work of the people.

It’s one thing to stand on the stage and sing about the truth of the gospel. It’s another to hear the audience sing it back to me, and then at the end to do it together.

The chorus of “Is He Worthy?” is taken from that staggering moment in Revelation 5 when the prophet asks, “Is anyone worthy to break the seal and open the scroll?” He looks around, along with all the hosts of heaven, and when no one is found who is worthy to do so, he weeps bitterly.

But then one of the elders says, “Do not weep! Behold, the Lion of Judah, the Root of David, has triumphed. He is able.” And then the Lamb, looking as if it has been slain, appears at the center of the throne, takes the scroll and breaks the seal, and at once all the heavenly hosts sing his praises: “He is worthy!”

Bringing him glory is truly the work of the people, now and for all eternity.

Passages like that make me want to fall on my face before Jesus. They make me want to use every ounce of whatever gifting I’ve been entrusted with to draw attention to him and his goodness, his worthiness of our blessing and honor and praise. That, in the end, is what these Resurrection Letters albums are all about, and if I never record another note I’ll die happy, because the glorious end of the story is that he has made us a kingdom and priests of God to reign with the Son.

Bringing him glory is truly the work of the people, now and for all eternity.

Produced by Ben Shive, Resurrection Letters, Vol. I is the prequel (think Star Wars) to the highly acclaimed album Peterson released and Shive produced in 2008, Resurrection Letters, Vol. II. While Vol. II is more about the implications of Christ’s resurrection victory over sin and death in our own lives 2,000 years later, Vol. I begins with the heartbeat of the resurrected Christ while exploring the resurrection itself and its centrality to Christianity. Ten years in the making, the celebratory new volume is meant to move listeners to a greater gratitude, awe, and love for God.

In the spirit of Lent, the season of fasting that precedes Easter, Peterson released Resurrection Letters: Prologue, a collection of five “waiting songs” meant to remind listeners of the gravity of the crucifixion and to pique longing for the moment when morning breaks and Christ triumphs over the grave.

Andrew Peterson is a recording artist, songwriter, producer, filmmaker, publisher, and author of The Wingfeather Saga series and Adorning the Dark: Thoughts on Community, Calling, and the Mystery of Making. Peterson is also president of the creative community known as The Rabbit Room and recently launched a film and TV production company, Shining Isle Productions, to produce the animated film based on his books.