Worship music is a controversial subject in the church. Everyone has an opinion. But what does the Bible say about the church’s worship music?

In What Is Worship Music?, Paul S. Jones, music director of Tenth Presbyterian Church in Philadelphia, seeks “to interact with biblical evidence concerning music in order to arrive at biblical principles for the local church” (7). Jones argues music properly fulfills three roles in the context of worship: praise, prayer, and proclamation.

Worship music is praise. The majority of biblical songs contain elements of praise, if it is not their primary theme. Praise-songs include several genres: psalms, canticles, hymns, and doxologies. The psalms were sung in the OT in the synagogue and the early church kept this practice. But the Word of God also commands the church to sing “new songs” (Ps. 149:1). Canticles are hymns of praise which were a response to God’s deliverance and blessing. There is also evidence that there were hymns in the NT church. In the epistles there is heightened poetic language that many think is hymnic fragments.

Worship music is prayer. Jones acknowledges that most think singing and prayer are in two separate categories. However, the Bible does not support this distinction. Canonical psalms and other biblical songs are written prayers. The last verse of the second book of the Psalms says “The prayers of David, the son of Jesse, are ended” (Ps. 72:20). As Jones says, any communication with God is prayer. 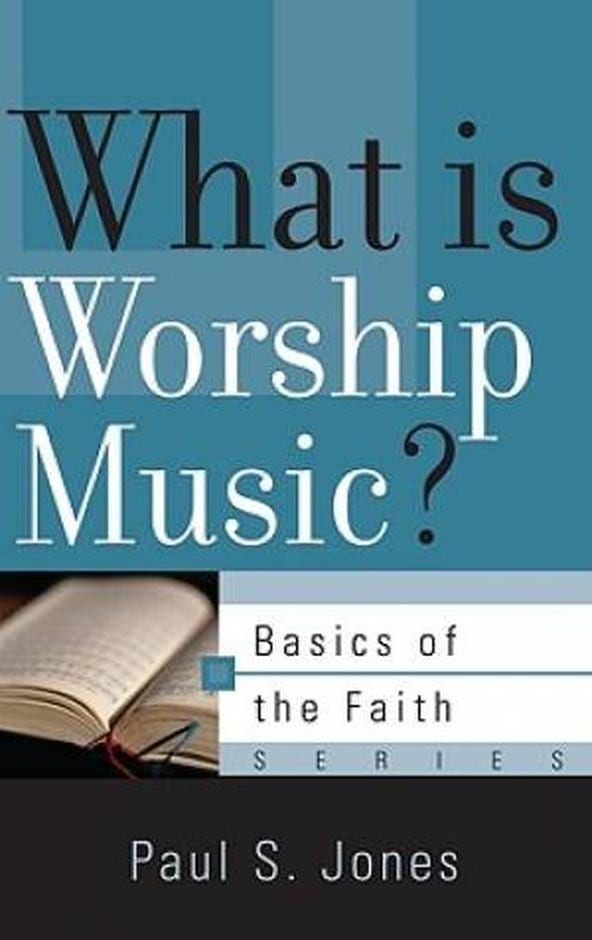 What Is Worship Music?

What Is Worship Music?

Worship music is dividing us instead of uniting us and acting as entertainment instead of as praise. Jones presents biblical insight and revisits church history to unite us in edifying the church and worshiping God.

Worship music is proclamation. The worship music in the church is intended to proclaim the truth of God. Colossians 3 speaks of “teaching and admonishing one another in all wisdom, singing psalms and hymns and spiritual songs.” The songs should teach Scripture, recount God’s work, remind the church of God’s promises, or call the church to repentance.

This is a helpful little book which assists us in thinking practically and biblically about the role of worship music. He challenges the modern mindset of music. More specifically, he teaches us what music is not. It is not primarily a tool for evangelism, or merely the preamble to the sermon. It is not for entertainment or pragmatic purposes. Rather, it exists for the same kinds of purposes as preaching and teaching.

Most important, Jones keeps God central in his study of worship music. He interacts with the biblical text and also cites numerous historical examples.

I would have liked to see more discussion about the distinction between psalms, hymns, and spiritual songs in Colossians 3:16 and Ephesians 5:19. Jones uses these verses to command churches to sing at least one psalm in every service (10). However most commentators doubt that Paul is specifically referring to the book of Psalms, and whether there is a distinction between the three terms at all. Finally, although Jones never says this, some might come away thinking that every part of our services should be thought of as equal. But Scripture gives the priority to the preaching of God’s word (Mark 3:14; Acts 10:42; 1 Cor. 1:17, 9:16; 2 Cor. 2:12; Gal. 1:16 etc).

Jones’s book can be read in a night, and many pastors would benefit from it. Too much music has been relegated to the entertainment, or preamble to the sermon. Rather, worship music is proclamation of the work of Christ, prayer to God, and praise to the Spirit of God who indwells believers.