“The fact of death is unsettling. Yet there is no other way to live.”

We like to keep death at arm’s length, and probably farther away. We’re constantly in search of ways to forestall the inevitable. The Grim Reaper, from our first entry into this world, casts a cruel shadow over us. It stalks, hovers, and ultimately has the upper hand. However herculean our attempts, our bodies atrophy—they grow weaker until they are no more. Death might happen suddenly or through the course of many years, but happen it will; apart from Christ’s return, it’s not a matter of if but of when.

In our death-averse society, 2016 was a stark reminder of our mortality. With a string of celebrity deaths—something that’ll become increasingly common with an aging baby boomer generation, and further amplified by social media—we’re no longer shielded by the feats of modern medicine that have made death, for much of the last half-century, little more than an afterthought.

It’s not surprising, then, that one of last year’s bestselling books, When Breath Becomes Air, is about making sense of our mortality. Stanford neurosurgeon Paul Kalanithi—who died in 2015 at age 37, after a 22-month battle with stage-four lung cancer—wrote his book amid various cancer treatments and relapses, ultimately leaving behind an unfinished manuscript that his widow, Lucy, completed.

Kalanithi entered medicine, in part, to seek out death: “I had started in this career, in part, to pursue death: to grasp it, uncloak it, and see it eye-to-eye, unblinking” (81). What he didn’t anticipate, though, was becoming the patient himself—and with such a grim prognosis at a young age. He “traversed the line from doctor to patient, from actor to acted upon, from subject to direct object” (180). What seemed at first as an opportunity soon morphed into a dislocating ordeal:

Shouldn’t terminal illness . . . be the perfect gift to the young man who had wanted to understand death? What better way to understand it than to live it? But I’d had no idea how hard it would be, how much terrain I would have to explore, map, settle. (147–48)

In less able hands, such an account would be a ghastly written memoir, full of self-pity or cheap sentimentality. While many glide through life—merely reacting, operating at a surface level, constantly distracted—Kalanithi movingly grapples with fundamental questions. Worldview, identity, love, meaning, suffering, hope, God—all these he explores with death as an ever-lurking presence. 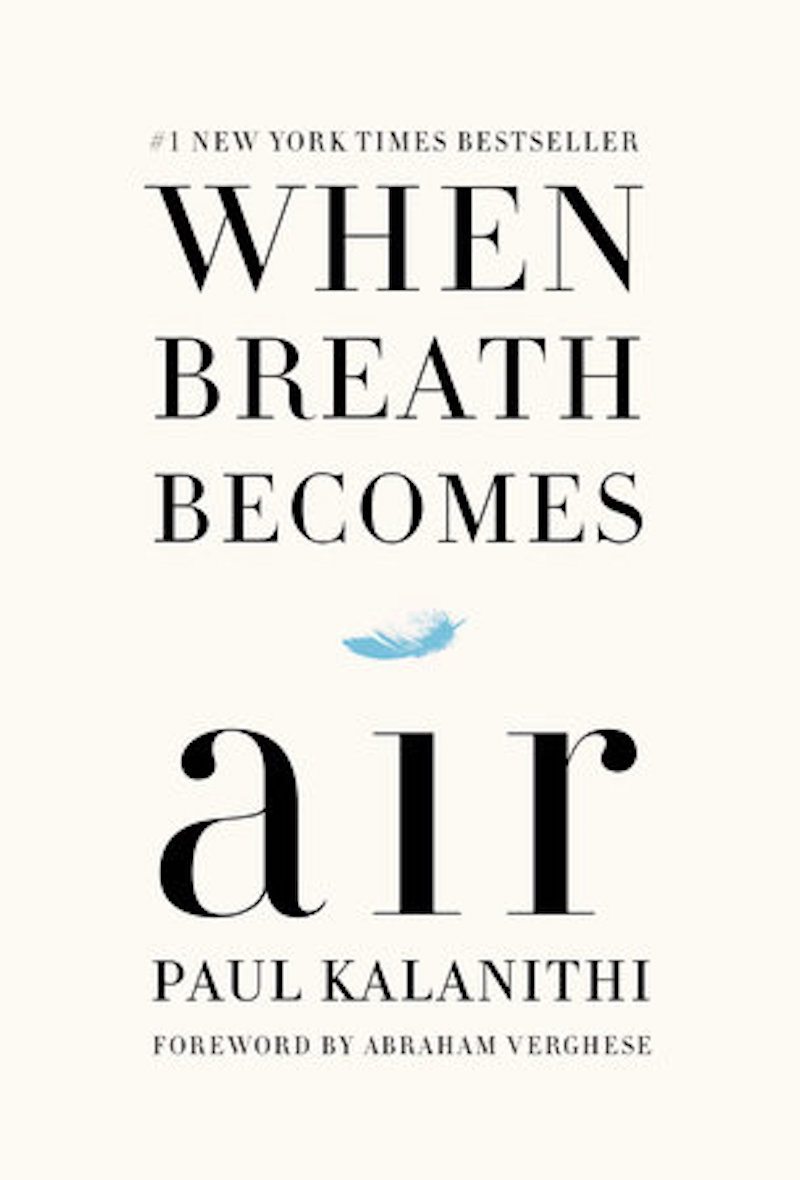 Everyone succumbs to finitude. I suspect I am not the only one who reaches this pluperfect state. Most ambitions are either achieved or abandoned; either way, they belong to the past. The future, instead of the ladder toward the goals of life, flattens out into a perpetual present. Money, status, all the vanities the preacher of Ecclesiastes described hold so little interest: a chasing after wind, indeed. (198)

Few books I’ve read are written with such evocative prose about life, death, and meaning through it all. “Most lives are lived with passivity toward death—it’s something that happens to you and those around you” (114), Kalanithi writes. Sadly, the same can be said for some Christians. Whatever our stage of life, we’re all prone to think we’re invincible. Whether because of youthful vigor, relative health, financial savvy, mental prowess, or family pedigree, each of us is tempted to shelve questions about our mortality. But Kalanithi gives us an unflinching look at death and, in the process, wrestles with the meaning of life.

A self-described “scientific type,” Kalanithi’s “sojourn in ironclad atheism” came to an end during his illness, where he acknowledged the emptiness of blind determinism. Kalanithi’s scientific worldview couldn’t make sense of everything:

Science may provide the most useful way to organize empirical, reproducible data, but its power to do so is predicated on its inability to grasp the most central aspects of human life: hope, fear, love, hate, beauty, envy, honor, weakness, striving, suffering, virtue. (170)

It’s not clear what Kalanithi made of Jesus—he says he could say nothing definitive about God (171)—but we learn from his widow that he read several books, including C. S. Lewis’s A Grief Observed, and in the end he “returned to the central values of Christianity—sacrifice, redemption, forgiveness—because I found them so compelling” (171). Whether he trusted in Christ for the forgiveness of sin and the hope of eternal life, I can’t know for sure. But, as I read between the lines, I’m hopeful he did.

When Breath Becomes Air confronts us with the reality of death. Each of us will die; memento mori—remember (that you have to) die. And only in acknowledging our finitude are we able to truly live.

As a young man with an old soul, this book deeply resonates with me. Late 20s are often marked by a cementing of trajectories, a clarifying of vocational paths. Resources may be scarce, but dreams are big, and with boundless energy we chart our course with little regard to its end.

But oddly enough, as a new dad this question of death has become more poignant. As Jerry Seinfeld quipped, “Make no mistake about why these babies are here—they are here to replace us.” A new generation marks the fading of another. After Kalanithi’s diagnosis with cancer, he and his wife embarked on conceiving a child through IVF. In the concluding lines, Kalanithi writes of his daughter:

Day to day, week to week, Cady blossoms: a first grasp, a first smile, a first laugh. . . . There is perhaps only one thing to say to this infant, who is all future, overlapping briefly with me, whose life, barring the improbable, is all but past.

That message is simple:

When you come to one of the many moments in life where you must give an account of yourself, provide a ledger of what you have been, and done, and meant to the world, do not, I pray, discount that you filled a dying man’s days with a sated joy, a joy unknown to me in all my prior years, a joy that does not hunger for more and more but rests, satisfied. In this time, right now, that is an enormous thing. (196, 199)

As I type these words, I hear my little Eden in the other room cooing and crawling. Daily she impresses me with her newfound abilities. True to her name, she’s my delight. But she’s also a reminder, in more ways than one, that we live in a fallen world, one where death holds sway. We live east of Eden.

When Breath Becomes Air is the touching account of a man who began with a clinical interest in death and moved to a mournful acceptance of it. While we may be tempted to avoid the topic altogether, ultimately it’s unavoidable. This book reminds us that death comes to all—young and old, rich and poor, married and single. Each of us must ask: Am I ready for it?

Considering death teaches us to live. For this reason Ecclesiastes 7:2 emphasizes:

For believers—those united with a crucified-and-resurrected-King—we don’t stare at death as a forgotten friend but as the last enemy (1 Cor. 15:28). But take heart: those twice born need not fear the second death (Rev. 20:14; 21:8).