Last fall our church went through a sermon series on the Apostles’ Creed. Given our evangelical theological confession, Baptist heritage, and cultural context, it’s safe to say a series on a creed was a change of pace for many in our congregation. Some members wondered why we would do this—creedalism reminded them of a cold, dead orthodoxy. Others, coming from a more secular background, had no context for the usefulness of creeds in instruction and discipleship.

We had to devote a significant portion of our energy and resources to making a case for the use of creeds in the life of the church. We were able to point people to many important resources, but I wish Michael Bird’s What Christians Ought to Believe: An Introduction to Christian Doctrine through the Apostles’ Creed would’ve been available then.

In this new book, Bird attempts to show the value of creeds, particularly the Apostles’ Creed, for Christian faith and practice. The Australian theologian, New Testament scholar, and lecturer at Ridley College maintains that creeds are an essential element to the Christian faith—and that we neglect them to our peril:

The creeds constitute an attempt to guide our reading of Scripture by setting out in advance the contents and concerns of Scripture itself. The creeds provide a kind of “Idiots Guide to Christianity” by briefly laying out the story, unity, coherence, and major themes of the Christian faith. In that sense, a creedal faith is crucial for a biblical faith and vice versa. (23)

Have you ever felt the great drama of redemption revealed in Scripture is complex? Have you had difficulty distinguishing real Christianity from impostors? For Bird, creeds help Christians distinguish authentic Christianity; indeed, “learning the creeds helps us to grow in a truly biblical faith” (37).

This point may come as a shock for some. Many evangelicals balk at the notion that in order to be biblical one must also be creedal. Without getting caught up in advanced discussions about hermeneutics, epistemology, and metaphysics, Bird simply shows that the biblical tradition is itself a creedal tradition. Throughout the Old and New Testaments, Scripture is littered with creed-like statements. An obvious example is the Shema (Deut. 6:4–5). Similarly, Paul uses a creed-like formula in his famous Christ-hymn (Phil. 2:5–11). These brief statements and formulas, along with many more throughout the canon, set out some of the most basic doctrinal parameters for biblical Christianity.

In an important section on how creeds can invigorate one’s faith, Bird points out some simple ways churches can incorporate creeds into daily Christian living. For those unfamiliar with creedal traditions, this section will be helpful. Creeds can be recited before or after sermons to remind us that we weigh all teaching with Scripture. Creeds remind us about the unity and fellowship of believers, and of our identity as God’s people. Finally, as we use them in our devotional lives, creeds remind us that our confession of faith is essential to who we are (39–40). Churches and individuals alike can use these, and other simple practices, to incorporate creeds into the Christian life. 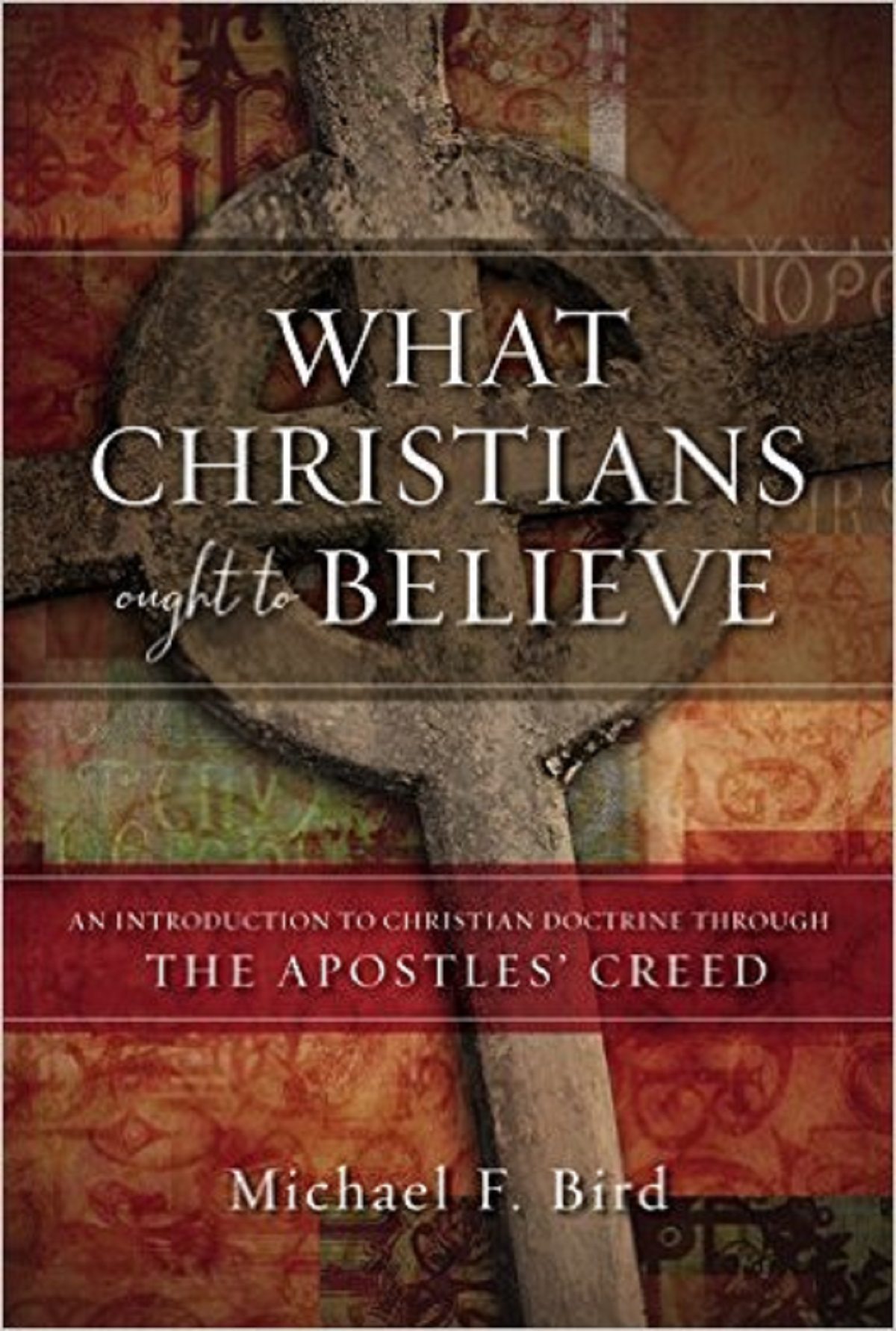 What Christians Ought to Believe: An Introduction to Christian Doctrine Through the Apostles' Creed

What Christians Ought to Believe: An Introduction to Christian Doctrine Through the Apostles' Creed

More than a mere apologetic for the use of creeds in church, What Christians Ought to Believe provides a fresh exposition of one of the most revered and important creeds within Christianity—the fourth-century Apostles’ Creed. Bird gives a contemporary commentary on this cherished creed.

In our cultural moment, it’s essential that Christians be faithful in proclaiming the faith once delivered to the saints in every context. We simply cannot rely on previous generations and their proclamation of the gospel. Rather, we join their ranks by declaring the same faith in our own contexts.

For example, Bird addresses Mary Daly’s complaint related to the fatherhood of God: “If God is male, then the male is God” (Beyond God the Father: Toward a Philosophy of Women’s Liberation, 19). Bird helpfully points to the analogical nature of theological language and to maternal imagery Scripture uses to describe God, without abandoning God’s fatherhood as part of his revelation: “We cannot just abandon this image of God as Father without serious injury to our doctrine of God” (64). This is a good example of maintaining the-faith-once-delivered amid new cultural challenges.

Without question, my favorite chapter in What Christians Ought to Believe is on the article, “I believe in Jesus Christ, his only Son, our Lord.” In my short time as a pastor, I’ve been surprised by how many Christians have a different view of God than what’s revealed in Jesus Christ. Bird reminds us that, as Christians, we believe in “the God who is revealed in the man of Jesus of Nazareth” (74). The Bible is clear on this point. He is the image of the invisible God (Col. 1:15; Heb. 1:1–3). Bird is therefore right to proclaim, “Jesus is our window into the mystery of God” (75).

Following this chapter, Bird provides a brief critique of the Creed. He observes, as many others have, that the Apostles’ Creed moves from Jesus’s birth directly to his death “with no reference to all of his life, teaching, and earthly mission” (85). While Bird’s point is well taken, I do wonder why he felt the need to evaluate something that seems to be outside the scope of both the Apostles’ Creed and this book. He even proceeds to suggest the omission is “attributable to the fact that the life of Jesus was not a major point of contention in the second-century church, whereas more ferocious debates were raged over Jesus’s identity and his relationship to God the Father” (85). And earlier he observes: “Most of the creeds were written in response to some heresy or doctrinal controversy” (23). In light of these explanations I wonder if it’s right to call the Creed deficient, as Bird does, or if it’s better to simply understand the Creed as historically situated.

Bird continues his work by providing clear theological commentary on every article of the Creed. Each chapter provides insight and devotional application, and concludes with recommended reading.

I’m thankful that What Christians Ought to Believe provides insightful and deep plunges into the history of the Christian faith. It’s my hope that books like this will be widely adopted by evangelicals as we seek to continue in the faith we’ve received.

J. T. English is lead pastor of Storyline Fellowship in Arvada, Colorado, and author of Deep Discipleship: How the Church Can Make Whole Disciples of Jesus (B&H, 2020). He holds a PhD in systematic theology from The Southern Baptist Theological Seminary and a ThM from Dallas Theological Seminary. You can follow him on Twitter.