This review was originally published in Themelios.

This book is the best concise introduction to the Reformation for students and laypeople who are new to the issues. Reeves portrays the spirit of the Reformation with grittiness, verve, and humour.

Six chapters cover the key components of Reformation history: the context (amusingly titled “Going Medieval on Religion”), Luther, Zwingli and the Radicals, Calvin, England, and the Puritans. A final chapter takes the issues further by considering the strengths and weaknesses of proposals by Mark Noll, who claims that the Reformation disputes are settled.

The book aims to be clear, readable, and accessible, and it makes intriguing theological and historical connections. For example, it compares Erasmian views of doctrine to Luther’s approach (54–55). Reeves later uses Erasmus to make a penetrating observation about the death cries of Servetus, who denied the deity of Jesus and so shouted out in death, “Oh Jesus, son of eternal God, have pity on me.” Reeves notes, “Had he been prepared to cry, ‘Oh Jesus, eternal Son of God,’ he would never have been burned. The two confessions are poles apart; but the fact that today we struggle to see that only displays how totally the doctrine-light spirit of Erasmus has conquered” (107). 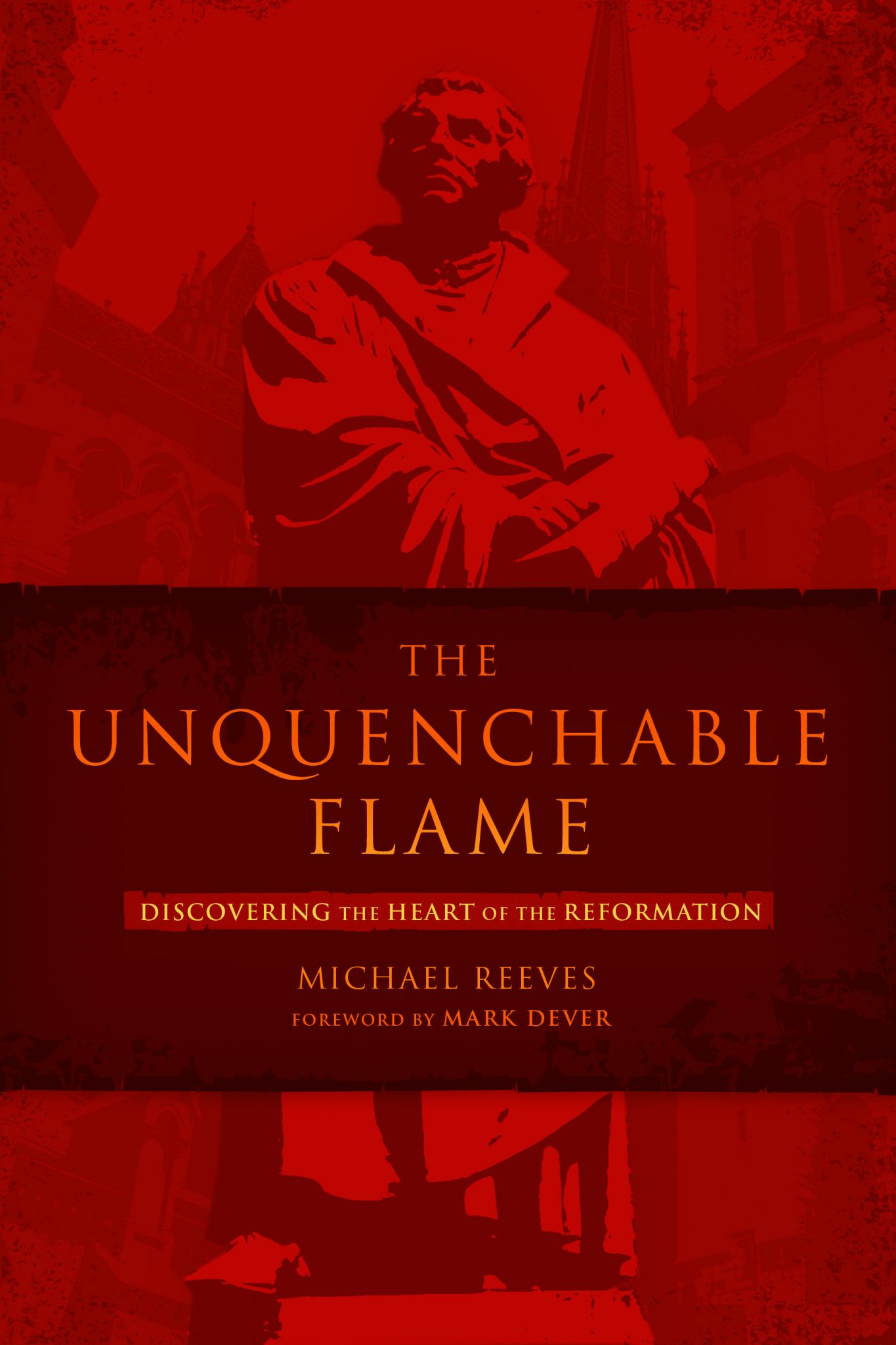 The Unquenchable Flame: Discovering the Heart of the Reformation

The Unquenchable Flame: Discovering the Heart of the Reformation

Burning pyres, nuns on the run, stirring courage, and comic relief: the Protestant Reformation is a gripping tale, packed with drama. But what motivated the Reformers? And what were they really like?

The Unquenchable Flame, a lively, accessible, and fully informative introduction to the Reformation by Michael Reeves, brings to life the movement’s most colorful characters (Martin Luther, Ulrich Zwingli, John Calvin, The Puritans, etc.), examines their ideas, and shows the profound and personal relevance of Reformation thinking for today.

One rarely feels the need to comment on the layout and typesetting of a book, but in this case it is worth mentioning that this book makes excellent use of illustrations and windows of text, which add vignettes of detail. The narrative of each chapter is broken up by (relevant) meanderings up the byways of Reformation history, so the chapter on Puritans (helpfully pictured as “Reforming the Reformation”) includes asides on Baxter’s evangelism, Sibbes’s anti-moralism, Ussher’s scholarship, and Bunyan’s allegory. For such a concise book, this is an impressive level of coverage.

The final chapter examines Mark Noll’s case that evangelicals and Roman Catholics are now in essential agreement over key doctrinal issues and that the Reformation is over. Reeves does an excellent job of showing the flaws in this argument, utilising the Roman Catholic catechism, the Council of Trent, and the music of Bach to make his point.

The book does not leave the Reformation as a subject for mere scholarly investigation. It was a doctrinal dispute over the most important issues facing humans. Reeves challenges us to reflect on how far we evangelicals have drifted from Reformation concerns; in many ways the spirit of Erasmus lives on: “Because he was unwilling to engage with deeper, doctrinal issues, he could never bring about more than cosmetic changes. . . . As long as doctrine is ignored, we must remain captives of the ruling system or the spirit of the age, whatever that may be” (182).

This book makes one want to read more about the Reformation; the spirit of the Reformation lives on in this text, but it is only an appetizer. Further reading is suggested at the end of the book, and hopefully many readers will read on. The original writings of Luther, Calvin, the Puritans and others are widely available today. May their doctrine be an “unquenchable flame.”

Peter Sanlon earned his doctorate from Cambridge University on Augustine’s preaching. He teaches doctrine at Oak Hill College and is assistant minister at an inner-city London church. He is married and has one child.