With this publication of a new collection of essays exploring the missiological implications of Lesslie Newbigin’s work, Theology in Missionary Perspective: Lesslie Newbigin’s Legacy, there’s an opportunity for a new audience of evangelicals to engage with his writing. In his recent history of the post-war globalisation of Evangelicalism, Professor Brian Stanley names Lesslie Newbigin alongside C. S. Lewis as one of two thinkers who have provided “an intellectual armoury of a very different kind from that offered by the sterling efforts of conservative theologians” (Global Diffusion of Evangelicalism [IVP, 2013], 149). Just as Lewis did not fit easily within evangelical circles yet has blessed many with his writings, Newbigin also offers a similar treasure trove of insights.

These essays, many of which originate from a 2009 conference that gathered to celebrate the one hundredth anniversary of Newbigin’s birth, are—as is usual in these kinds of collections—a mixed bag. Some of the essays are decidedly average and make one wonder why the authors didn’t just direct readers to an appropriate chapter of one of Newbigin’s many publications. Others are excellent: Ian Barnes’s and Murray Rae’s essays in particular stood out for me. Nevertheless reading this volume reminds me of the value of a dialogue with Newbigin. As an integrative rather than a systematic thinker, many of Newbigin’s streams of thought flow into one another, however for me five areas stand out as beneficial conversation topic for conservative evangelicals: 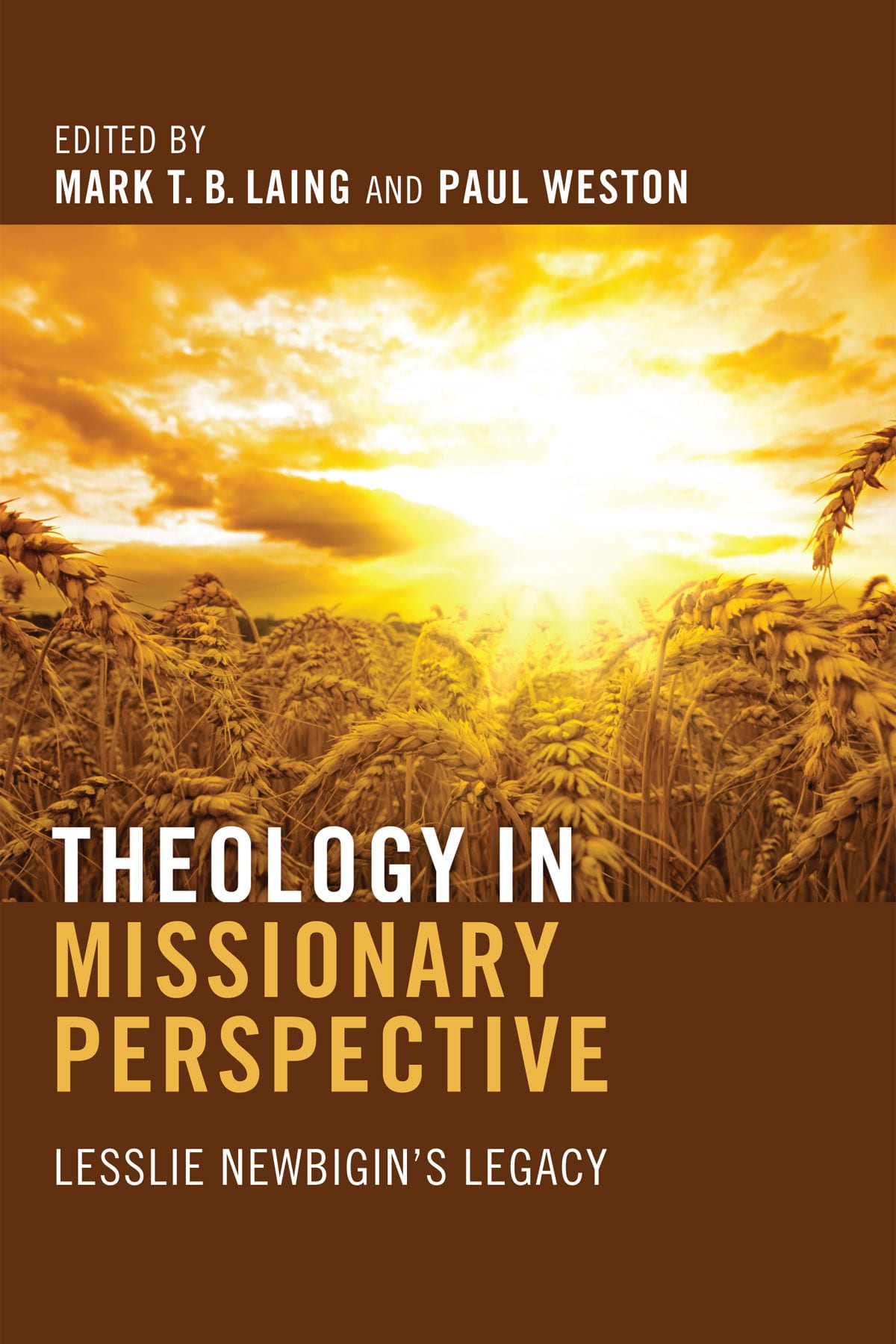 First, in the area of ecclesiology Newbigin argues that the church’s life as well as its speech is to be an apologetic for the gospel. See Rae’s excellent essay, “The Congregation as Hermeneutic of the Gospel.” Rae highlights Newbigin’s challenge that apologetics cannot just be seen as an intellectual pursuit isolated from the lived reality of the church’s common life.

Second, in the field of epistemology Newbigin critiques an unexamined foundationalist theory of knowledge, which is popular in many evangelical circles and lacks sufficient biblical warrant. Newbigin argues for epistemic humility. See Eleanor Jackson’s essay, “‘And the Truth Shall Set You Free’: Lesslie Newbigin’s Understanding of ‘Truth’ as Illustrated by His Life and Work.”

Third, Newbigin critiques the empire mentality present in some forms of Christian political engagement. See especially Veli-Matti Kärkainnen’s essay, “The Church in the Post-Christian Society between Modernity and Late Modernity: Lesslie Newbigin’s Post-Critical Missional Ecclesiology,” which highlights the need for reexamining the assumptions in our political engagement in a multicultural context. Newbigin offers an alternative approach to navigating an approach to civic engagement in a post Christendom context.

Fourth, regarding expository ministry, Newbigin challenges some evangelical biblical ministry that sometimes isolates a text not just from its context in a given book of the Bible but from its impact on the public life of our culture. Newbigin’s work challenges the church to tell the whole story of Scripture with Jesus as its centre—a public truth which is the true story of the whole world. On this point, see Jürgen Schuster’s article, “The Clue to History.”

Fifth, regarding eschatology, Newbigin’s thought challenges approaches to the end times which focus on millennial controversies. Newbigin links missiology with eschatology by challenging the church to enact its function as the sign, instrument, and firstfruit of the coming kingdom of God in its life and mission. For this, see Weston’s essay, “Ecclesiology in Eschatological Perspective: Newbigin’s Understanding of the Missionary Church.”

As in all good conversation there will be much to enjoy as well disagree with as we engage with Newbigin’s life and thought. This selection of essays is a good way to begin for readers not familiar with his work and will also prompt those of us who have benefitted from long-term exposure to Newbigin to appreciate new perspectives.

Krish Kandiah is the founding director of Home For Good, a charity seeking to make a real difference in the lives of vulnerable children by finding loving homes for children in the care system. He is an advocate for fostering and adoption. He has written 13 books including Home for Good: Making a Difference for Vulnerable Children, Paradoxology, and now his latest book, Faitheism.

Two TGC Council members resigned from the Cedarville University board of Trustees after Thomas White was reinstated as the president. White had been on leave, pending an investigation of his hiring a faculty member accused of sexual abuse.