One of the great joys in studying the past is finding its relevance for today. While many have abandoned the study of church history, there are those who not only believe in its contemporary relevance but who are also able to clearly, effectively, and articulately bring it to life for ordinary believers. Sinclair Ferguson’s The Whole Christ [read Tim Keller’s foreword; 20 quotes] does just that with the Marrow Controversy, an obscure 18th–century Scottish debate over the nature of grace and law, faith and assurance. I have little doubt The Whole Christ will spark needed discussion about the theological and pastoral issues surrounding the controversy.

Ferguson, longtime pastor and professor of systematic theology at Redeemer University in Dallas, is a scholar whose expertise is the intersection of biblical exegesis and historical theology. He doesn’t see the Bible in isolation from the past, nor does he see the past as an infallible rule of life. Rather, he sees what has gone before as a guide (and corrective) to things that are, especially since so many issues facing the church today have, in one form or another, already been addressed. The context and culture may have been different, but the doctrine and timeless application are the same.

Thus Ferguson doesn’t see his latest work as a historical analysis of the Marrow Controversy per se, but as “an extended reflection on theological and pastoral issues that arose in the early 18th century, viewed from the framework of the present day” (19).

This is pedagogical church history at its best.

How Marrow Broke Forth

While readers should consult Ferguson’s opening chapter for the historical nitty-gritty, the Marrow Controversy (1718–1723) began when the Puritan Edward Fisher’s The Marrow of Modern Divinity (1645, 1649) was republished in Scotland in the early 18th century.

The origin of the Marrow in the debate is fascinating. A pivotal precursor to the controversy occured in the year 1700, when a young Scottish pastor-theologian named Thomas Boston was on a pastoral visit. He spotted Fisher’s book on a shelf, “took it down, read it, and discovered it spoke to his heart and his mind and to a wide variety of pastoral issues in his ministry.” Boston eventually purchased Marrow from his parishioner and, though imperceptible at the time, it began to transform his preaching with “a new, Christ-centered, gospel-rooted emphasis” (27).

Years later, a “chance” meeting between Boston and fellow Scottish pastor John Drummond led to Boston’s recommendation of Marrow, and eventually to its republication in Edinburgh in 1718. Controversy within the Church of Scotland then erupted when “Marrow Men”—those who’d been transformed by Marrow—began preaching its doctrines from the pulpit and commending the book to others. Critics of Marrow such as James Hadow believed it taught antinomianism in that, among other criticisms, a sinner wasn’t required to mourn for sin. These critics were able to get the 1720 General Assembly of the Church of Scotland to censure the book as erroneous and seditious. With this act, the Marrow Brethren believed the gospel itself had been condemned. 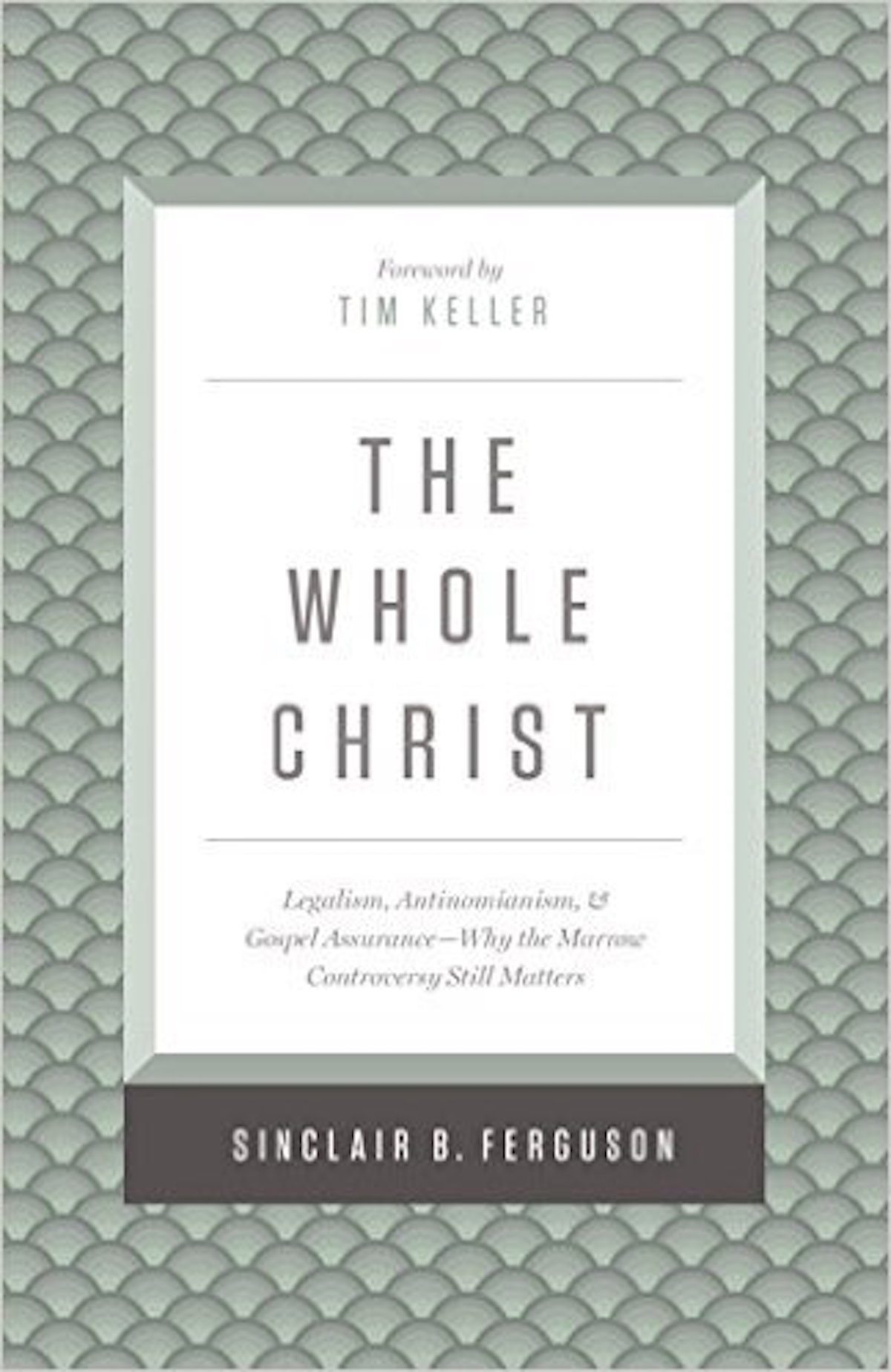 What issues were at stake?

Marrow of the Marrow Controversy

According to Ferguson, the points of controversy (and the areas we can learn from) had to do with gospel preaching, the nature of faith and grace, the place of moral law within a Christian’s life, and whether one can have assurance. There are many facets, twists, and turns readers will have to glean from the book itself, but let me mention a few things that stand out.

First, the Marrow Controversy addressed how the gospel is to be preached from the pulpit and, by inference, how a believer should exhort those outside the church to believe. Should a minister refrain from preaching Christ except to those already showing signs of grace? This may sound silly to modern ears, but it was a real concern for many in the 18th century. “Hyper-Calvinists” held the gospel was for the elect only; thus, they argued, one shouldn’t preach Christ indiscriminately to all. Marrow, Ferguson tells us, counters this assertion by teaching Christ is offered as a “deed of gift and grant . . . unto all” (34). In other words, as expressed in John 3:16, the gospel is to be freely offered to all—not just to those showing signs of being sensible of their sin or need for Christ. On the flip side, the warrant for faith in Christ isn’t universal redemption, as Arminians teach, as though Christ died effectively for all, but rather that Jesus Christ is “able to save all those who come to God through him” (47–48). The focus of our preaching should be on Christ’s ability to save, not on our understanding of particular redemption.

Second, Ferguson’s treatment of the Puritan doctrine of preparation, which he discusses in his third chapter (“Preparation, Distortion, Poison”) is perhaps the most fascinating section, since it deals directly with one’s coming to Christ. Espoused by such divines as Thomas Hooker and Thomas Shepard, preparationism stressed the need for some sort of preparation for salvation, should God ever grant the gift of faith. This kind of thinking often led to protracted periods of extreme self-doubt and agony—the dark side of Puritanism—perhaps best illustrated with Shepard’s own suicidal thoughts for nearly a year. Ferguson rejects the doctrine of preparation:

Whenever we make the warrant to believe in Christ to any degree dependent upon our subjective condition, we distort it. Repentance, turning from sin, and degrees of conviction of sin don’t constitute the grounds on which Christ is offered to us. (54)

Third, in chapters four through eight Ferguson exposes the dangers of legalism, which he defines as divorcing God’s law from God himself. God thus “becomes a magnified policeman who gives his law only because he wants to deprive us and in particular destroy our joy” (79–80). Incipient legalism, which rarely manifests itself in self-conscious pharisaism, invariably leads to an uncharitable attitude toward others with its self-righteousness. It gets caught up in “do this, don’t do this” instead of the God of grace and glory.

The opposite extreme, antinomianism, teaches the moral law of God has little or no place in a Christian’s life. Though it manifests itself in different “strands” (see 137–50), the common thread is a nonchalant attitude towards God’s moral law. Yet God doesn’t intend “to leave us the way he found us, but to transform us into the likeness of his Son,” Ferguson observes. “Without that transformation and new conformity of life we don’t have any evidence that we were ever his in the first place” (150).

Overall, I found Ferguson’s handling of legalism and antinomianism to be thorough and profitable. He has a way of fleshing out the subtlety, especially as it relates to Christian living. My one criticism is that he lumps in Tobias Crisp with John Eaton. While both were early 17th-century antinomians, Crisp did have, for all his excesses in language, a more sympathetic view of the law.

Finally, Ferguson’s closing chapters on gospel assurance (177–226) are among the best I’ve read on the subject. He has a historically, theologically, and pastorally nuanced approach that shows the harmony between Calvin and the later Reformed tradition. The point he makes is that “while the theology of faith is simple, the experience of assurance is complex” (193). Assurance is possible because Christ assures us we belong to him through his Word and promise, his work in our hearts, and his witness with our spirit. During times of affliction, we can still find assurance by remembering God’s sovereignty and the promise of glory that, in the light of eternity, all our crosses are temporary (215–19).

The Whole Christ is a timely reminder that we must never put experience, self-doubt, or penitence before faith and the promises of the gospel. Christ doesn’t come in halves. As long as our eyes are fixed on the whole Christ—one who forgives fully but who also makes us new—we’ll be spared much agony in doctrine and life.

While Marrow itself might still collect dust in a rare book room, we can be grateful its timeless message of the whole Christ will reach a new generation of believers in the pulpit and pew.

Randall Pederson is the managing editor of the Westminster Theological Journal and co-author of Meet the Puritans. He is a graduate of Calvin Theological Seminary and Leiden University, and passes his time reading old, dead theologians.