In some quarters, Protestant is a dirty word.

According to Brad Gregory in The Unintended Reformation [read TGC’s review], Protestant movements undermined Christianity in the West by throwing open the floodgates of secularism. For Gregory and those who share his reading of history, most of Western culture’s decline can be laid at the door of Protestantism.

But Alec Ryrie reaches a more favorable conclusion in his new book, Protestants: The Faith That Made the Modern World. Ryrie, a historian of Protestant Christianity at Durham University, surveys 500 years of Christian history in the West to highlight its influence. 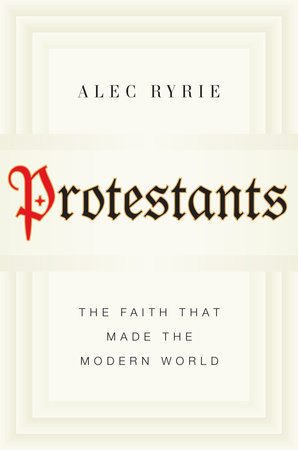 Protestants: The Faith That Made the Modern World

Protestants: The Faith That Made the Modern World

This thick book is divided into three sections. In the first, Ryrie examines the consequences of Protestant reformations in Europe and the New World, showing how seeds of renewal took root and grew. He then focuses on these movements in the 19th and 20th centuries, tracing their philosophical developments and reactions to millenarianism, liberalism, and slavery, as well as the two world wars. His third section considers global Protestantism.

Ryrie does more than simply repeat the landmarks of Protestant history; he probes the minds and spirits of Protestants themselves. This faith, he contends, grows out of three dynamic tenets: free inquiry, democracy, and apoliticism. The first two, he suggests, have been tempered by the third. Concerning this apolitical impulse, Ryrie concludes, “Protestants might have sometimes confronted or overthrown their rulers, but their most constant political demand is simply to be left alone” (3).

The other components of the Protestant cocktail—free inquiry and democracy—provided impetus for the Enlightenment. This roiling spirit of innovation and reform was responsible for yet another feature of Protestant identity: fragmentation. Where the Roman Catholic Church held its reform movements on a magisterial tether, no such leash restrained agents of Protestant reform.

Ryrie is most compelling when he connects Protestant behavior with underlying religious beliefs. For example, Protestants tend to question and reject authority, because they believe with Martin Luther that every believer is a priest before God. Ryrie shows how this tendency gave rise to anti-apartheid initiatives in South Africa, advocacy on behalf of migrants and refugees, and anti-abortion campaigns. At times, however, this instinct bears negative fruit, such as when Protestants distrust rightful authorities.

A particular strength of Ryrie’s work is the attention he gives to the “ordinary” people who make up the Protestant movement—men and women who turn out to be rather extraordinary. For example, he shines a spotlight on Pandita Ramabai, an advocate of women’s rights in India at the turn of the 20th century, who led one of the first Pentecostal revivals in her nation. He also calls attention to Rebecca Protten, a former slave from Antigua who became a Moravian missionary and was imprisoned for refusing to repudiate her faith, before entering full-time vocational ministry (5).

TGC readers will rightfully bristle at the inclusion of Mormons as “Latter-Day Protestants,” although Ryrie doesn’t claim the LDS church is a Protestant movement, but rather a group that was created in a Protestant milieu (231). Jehovah’s Witnesses and Unitarians are treated in like manner. While Christians in our corner of the Protestant family would like to categorize these groups differently, there’s value in understanding how Protestant tenets have influenced traditions outside the Nicene faith.

In his epilogue, Ryrie speculates about the future of Protestantism, underscoring the movement’s aptitude for adaption. The particular adjustments awaiting Protestants remain to be seen, but in the meantime, Ryrie issues an exhortation:

As Protestants continue to play their parts in these and other dramas over the decades ahead, it will be important to remember what Protestantism is. . . . [It is above all] that old love affair: a direct encounter with God’s power, whether as a lived experience, a memory, or a hope. That is not what it is for every Protestant, of course, but without that underpinning, the identities, cultures, institutions, and doctrines would all collapse. That heartbeat, however muffled, is beneath it all. It is through that promise to change lives that Protestantism has changed the world. (467)

Ryrie has given us an impressive biography of the overall Protestant movement. Above all, he has demonstrated how contemporary Western life was founded on Europe’s response to the Protestant faith, rendering it, in the words of his subtitle, “the faith that made the modern world.”