When it comes to Jesus, modern Americans are a lot like theologian George Tyrell’s description of 19th-century liberal theologians: the Jesus they love is simply a reflection of themselves seen at the bottom of a deep well.

Everybody loves Jesus. But is the Jesus we love the real Jesus, or simply a projection of our own cultural prejudices?

This is the problem that Daniel Darling, vice president for communications at the Ethics and Religious Liberty Commission, confronts in his new book, The Original Jesus: Trading the Myths We Create for the Savior Who Is. As he puts it, “We have constructed a Christ in our own comfortable image. He has become the clay, and we have assumed the role of potters.” Darling’s goal is simple: to “knock down some Jesus myths” and “expose the real Jesus.”

Over the course of the book, Darling sets up and knocks down 10 popular Jesus myths, which he summarizes in catchy chapter titles ranging from “Braveheart Jesus” to “Dr. Phil Jesus” to “BFF Jesus.” Along the way he engages subjects as diverse as the deity of Christ, the strengths of capitalism, and the benefits of liturgy. Yes, it’s an eclectic ride. But it’s a pleasurable one.

Though only one of the chapters is titled “Left-Wing Jesus,” most of the caricatures Darling dismantles can be categorized as either left-wing or right-wing Jesuses. 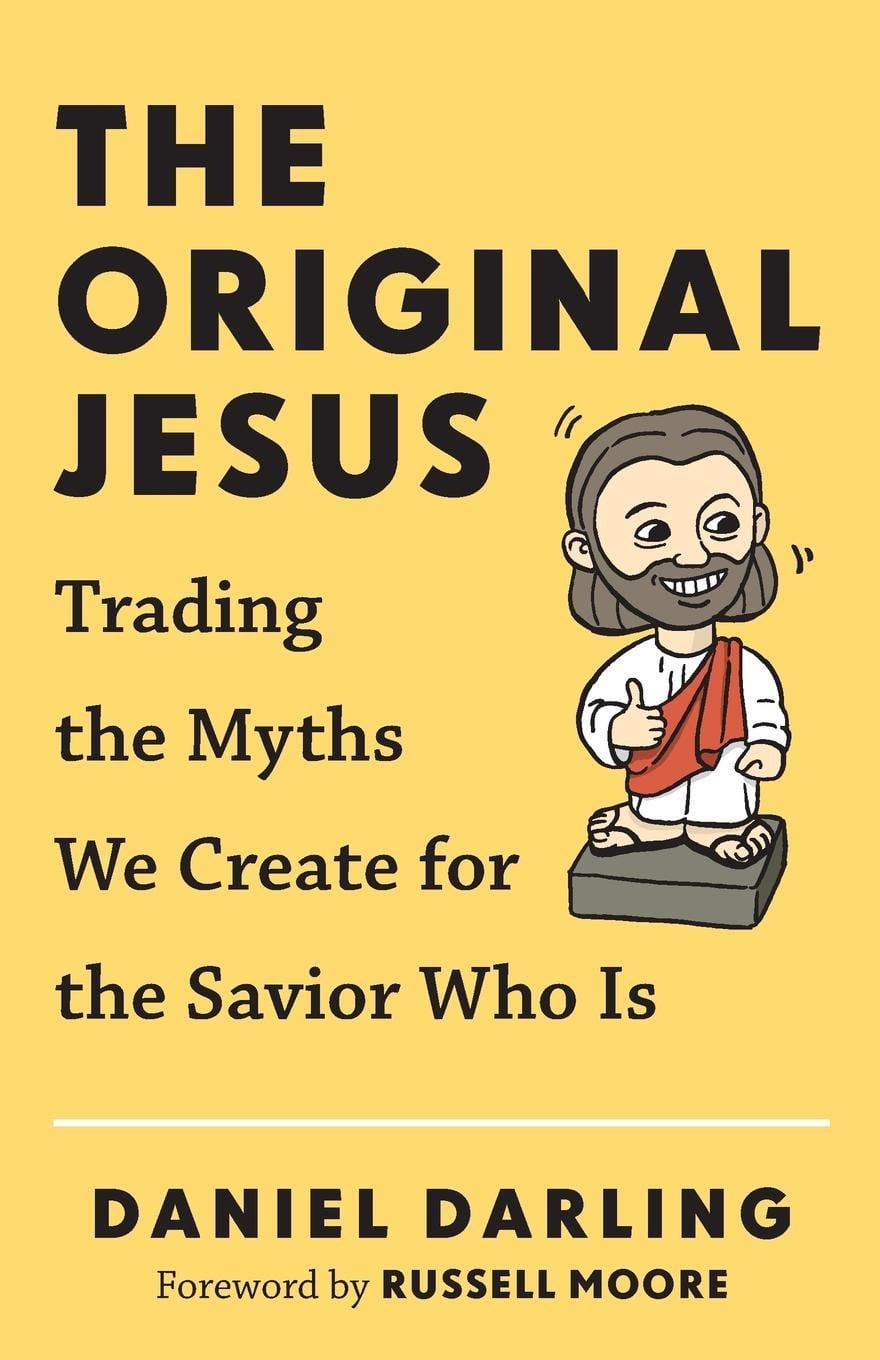 The Original Jesus: Trading the Myth We Create for the Savior Who Is

The Original Jesus: Trading the Myth We Create for the Savior Who Is

The left-wing Jesuses include: “Guru Jesus,” a wise, inspiring teacher who never claimed to be anything more than one valid path to personal fulfillment; “Red-Letter Jesus,” a peaceful, tolerant chap who thankfully has little in common with the violent God of the Old Testament (or the apostle Paul, for that matter); and finally, “Left-Wing Jesus Proper,” a radical wealth redistributor whose program for poverty alleviation resembled some species of proto-Marxism.

Then there are the more right-wing Jesuses: “Braveheart Jesus,” a sort of Brawny paper towel guy with a beard and a Bible; “American Jesus,” a red-state talk-radio fan always loyal to the stars and stripes; and of course, “Legalist Jesus,” a hardcore moral teacher who majors on obedience and law-keeping while minoring on atonement and forgiveness.

By including myths from both sides of the cultural/political aisle, Darling clearly seeks to be evenhanded. At the same time, he doesn’t hide the fact that he’s a self-conscious conservative evangelical. Witness statements like “God . . . warned Israel about a government big enough to confiscate personal property” (1 Sam. 8:10–18). But neither does Darling argue for the laissez faire libertarianism that’s often wrongly equated with conservatism. He condemns voluntary exchanges such as predatory lending, and affirms the need for a social safety net.

Imitating his mentor Russell Moore’s example, Darling provides a model for intelligent engagement in political and economic issues. He recognizes the dangers of making Jesus a mascot for either Democrats or Republicans. At the same time, he’s aware not all political philosophies are equally compatible with a robust Christian faith. Scripture speaks very clearly about issues like original sin, human finitude, the goodness of honest work, the existence of private property, and the need for government to praise good, punish evil, and promote human flourishing. While keeping a critical eye on our own cultural biases, followers of the original Jesus must seek to formulate political policies that take these factors into account.

Above all, in formulating a biblically sound plan for political and cultural engagement, we must avoid detaching Jesus from the rest of Scripture. I suspect this is why Darling placed the “Red-Letter Jesus” chapter near the beginning of the book before the more politically specific chapters. Because when asking “how would Jesus vote?” we must look at more than just the four Gospels. After all, the Jesus of the Sermon on the Mount is also the Yahweh of the Sinai Mount.

This doesn’t mean there aren’t redemptive-historical differences to be considered when applying the Old Testament. There clearly are. But if the homosexual debate has reminded us of anything hermeneutically, it’s that we can’t ignore the fact Jesus believed the Old Testament to be the Word of God. And if we want to follow the original Jesus, then our attitude to the Old Testament ought to mirror his. After all, our political philosophy isn’t just a “thing indifferent” when it flows from a poor Christology.

Some evangelicals (particularly in Europe and Australia) may still think Darling’s diagnoses are too biased toward right-wing American politics. But if so, Darling has given them plenty of scriptural arguments to engage with. And I trust that as they do so they will remember that cultural bias is a plague affecting us all.

Jesus, Religion, and the Church

Another issue Darling helpfully engages, particularly in “Post-Church Jesus” and “BFF Jesus,” is the “Jesus vs. Religion” slogan. When understood in its best sense, Darling agrees: Jesus is greater than religion. When “religion” is understood as mere self-help and moral effort, it’s a myth we create, and Darling attacks it in both its secular form (“Dr. Phil Jesus”) and its sacred form (“Legalist Jesus”).

But if “religion” simply means that being a Christian includes formal accountability and structured discipleship in something called “the church” (the dreaded organized religion)—then Darling rejects “Jesus vs. Religion” as a false dichotomy. False because the church is something the original Jesus said he would build; something with boundaries and keys and discipline and sacraments (Matt. 16:18–19; 18:15–20; 28:18–20). True, it’s not a “dead, lifeless institutionalism.” But neither is it a “formless, shapeless, do-it-as-you-go ethereal relationship.”

In addition to finding the “Jesus vs. religion” motif potentially misleading, Darling also suspects it’s tactically misguided. After all, “To be anti-church or anti-institutional [in our narcissistic age] is neither countercultural nor new.”

And while our church gatherings don’t necessarily have to employ high-church Anglican liturgies, Darling rightly contends they ought to reflect the reality Jesus is more than simply our “BFF.” If millennials are to be driven away from the church, let it be by the countercultural demands of the warrior king, not by the “glib frivolity” that so often passes for worship today.

The Original Jesus is not a perfect book, but its flaws are minor. It probably could’ve been tightened up a little. At times the eclectic nature of the chapters made it easy to lose sight of the common theme.

But overall Darling hits what he’s aiming at. He peels back the husk of cultural myths and gives us the historical, biblical kernel—a Jesus who is both God and man, transcendently above and immanently (Immanuel-ly) with us, and a Jesus who is different than we would have chosen, but better than we could ever have imagined.