Nearly all who call themselves Christian, whether Orthodox, Catholic, or Protestant, look to the fourth and fifth centuries as a high-water mark for the articulation of certain essential Christian doctrines. The ecumenical councils held during this period (Nicaea in 325, Constantinople in 381, Ephesus in 431, and Chalcedon in 451) produced defining statements on Trinitarian and Christological issues. Yet viewing the events of these years only in terms of the results of these councils ignores the historical context in which they originated as well as the theological and exegetical argumentation that lay behind creedal formulae. For those wishing to investigate further these crucial years of the Christian Church, From Nicaea to Chalcedon is the best place to start.

Since its original publication in 1983, From Nicaea to Chalcedon has served as a solid overview of the fourth and fifth centuries. However, as with all such books, its conclusions were in need of updating after over a quarter-century of research furthered scholarly consensus on a number of fronts. Though second editions of some books are little more than lightly retouched versions of the first, the updated edition of From Nicaea to Chalcedon assimilates and synthesizes works since 1983 throughout the book and adds a new chapter, producing a work that is as fine an introduction as the original edition proved to be.

As Young and Teal state in the preface, the century and a quarter between Nicaea and Chalcedon is “one of the most significant in the formation of the doctrine of the Church” (p. vii). Though few would disagree with this assessment, many remain unaware of background and literature of this period, so the book sets out to be “a companion to standard textbooks, providing background material, an introduction to the characters involved in the disputes, to the literary sources and the critical questions which they pose” (p. vii). The book accomplishes this goal, and it does so in remarkably clear prose and with detailed attention to the primary sources. 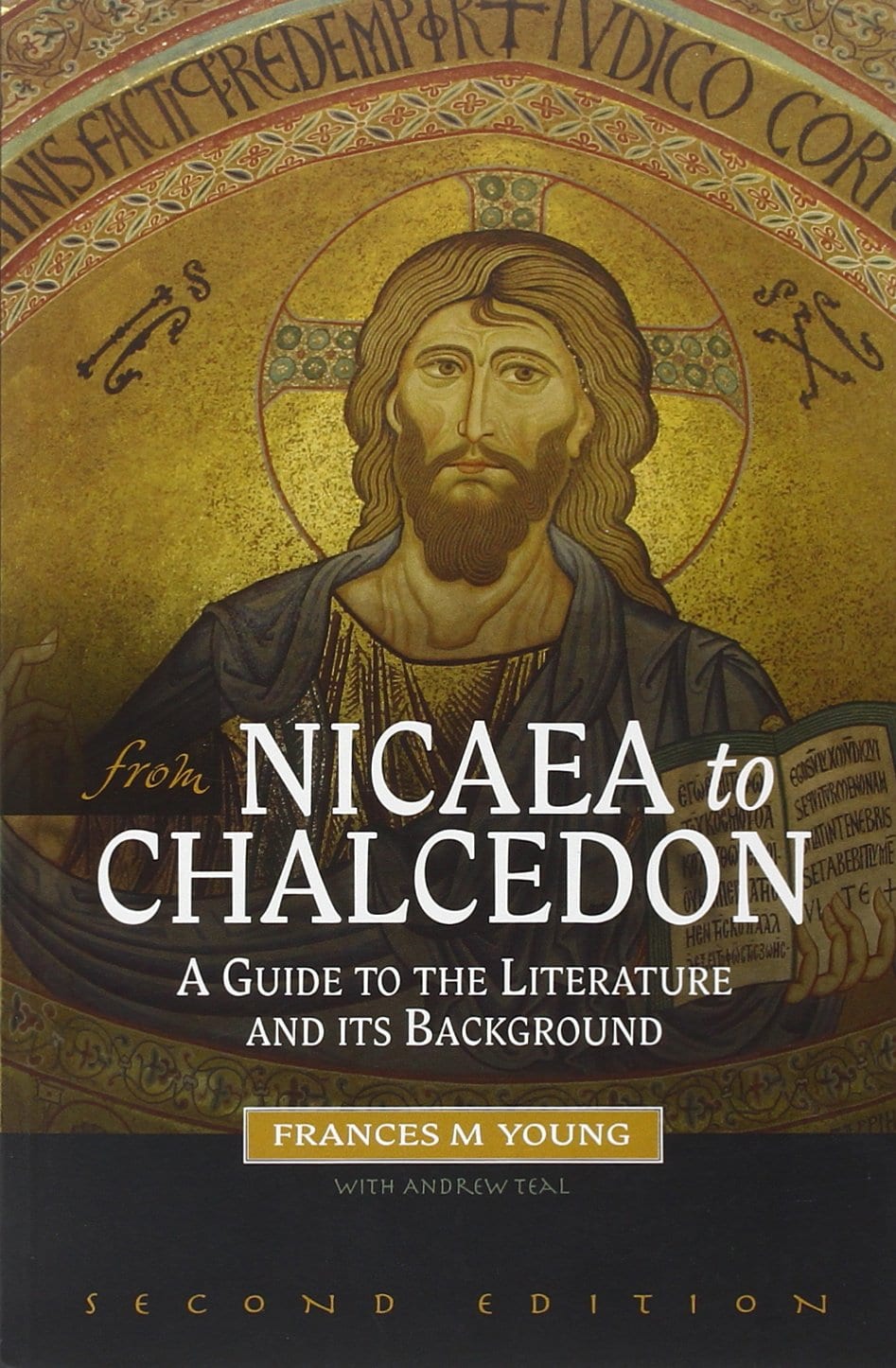 From Nicaea to Chalcedon: A Guide to the Literature and Its Background

From Nicaea to Chalcedon: A Guide to the Literature and Its Background

In this volume, a world-renowned scholar of early Christianity updates and expands her classic survey of the writers and writings of the golden age of Greek patristic theology. This reliable guide to Christian literature from the late third century to the mid fifth century is more accessible than specialized works on individual authors but more informative than coverage provided by general histories and reference works.

The chapters are arranged chronologically for the most part and are organized largely around the significant persons involved in the debates of the time. Particularly helpful are the bibliographic resources the book provides. Each section ends with a short selected bibliography for the beginning student, and the book concludes with a more lengthy bibliography that, although certainly not comprehensive, provides the standard primary and secondary sources for the figures at hand. The primary literature surveyed includes works in Greek, Latin, and Syriac, and the secondary literature covers monographs and articles in English, French, and German.

Many of the figures included in the book will come as no surprise to most readers. Athanasius figures prominently, as well as the Cappadocians, John Chrysostom, Theodore of Mopsuestia, and Cyril of Alexandria, among others. The authors briefly note the sources available for reconstructing the views of each person considered and then attempt to present their dominant theological emphases, noting along the way points on which scholars are largely agreed and those which are subject to ongoing dispute. By approaching the topic in this manner, the book places a greater emphasis on the developing theology and on the church leaders of the period, rather than giving a historical narrative of all the events as they occurred. Still, where appropriate the authors provide brief overviews of the most significant occurrences. (Other books adequately detail the councils and controversies.)

Besides those fathers who are generally regarded as the leading theologians from Nicaea to Chalcedon, Young and Teal also include several others who might otherwise be overlooked, such as Didymus the Blind, Cyril of Jerusalem, Nemesius of Emesa, and Synesius of Cyrene. In fact, the new edition adds some who were left out of the original, reflecting their growing importance in recent scholarship. These include Marcellus of Ancyra, Evagrius Ponticus, Pseudo-Macarius, and Ephrem the Syrian. Though not all of these figures were directly involved in the development of doctrine in the four ecumenical councils, their lives and works provide fascinating glimpses into the life of the church, revealing emphases that might be lost by a sole focus on Nicaea, Constantinople, Ephesus, and Chalcedon.

For those wanting an introduction to the theological developments during this period or for those desiring an overview of the state of scholarship since 1983, there is no better place to start than From Nicaea to Chalcedon. The second edition of this work will likely be used with profit for many years to come.

Matthew R. Crawford completed his PhD in Greek patristics at Durham University. His doctoral thesis was a study of writings of Cyril of Alexandria, specifically the way that his Trinitarian theology produced a certain theology of Scripture and theology of exegesis.