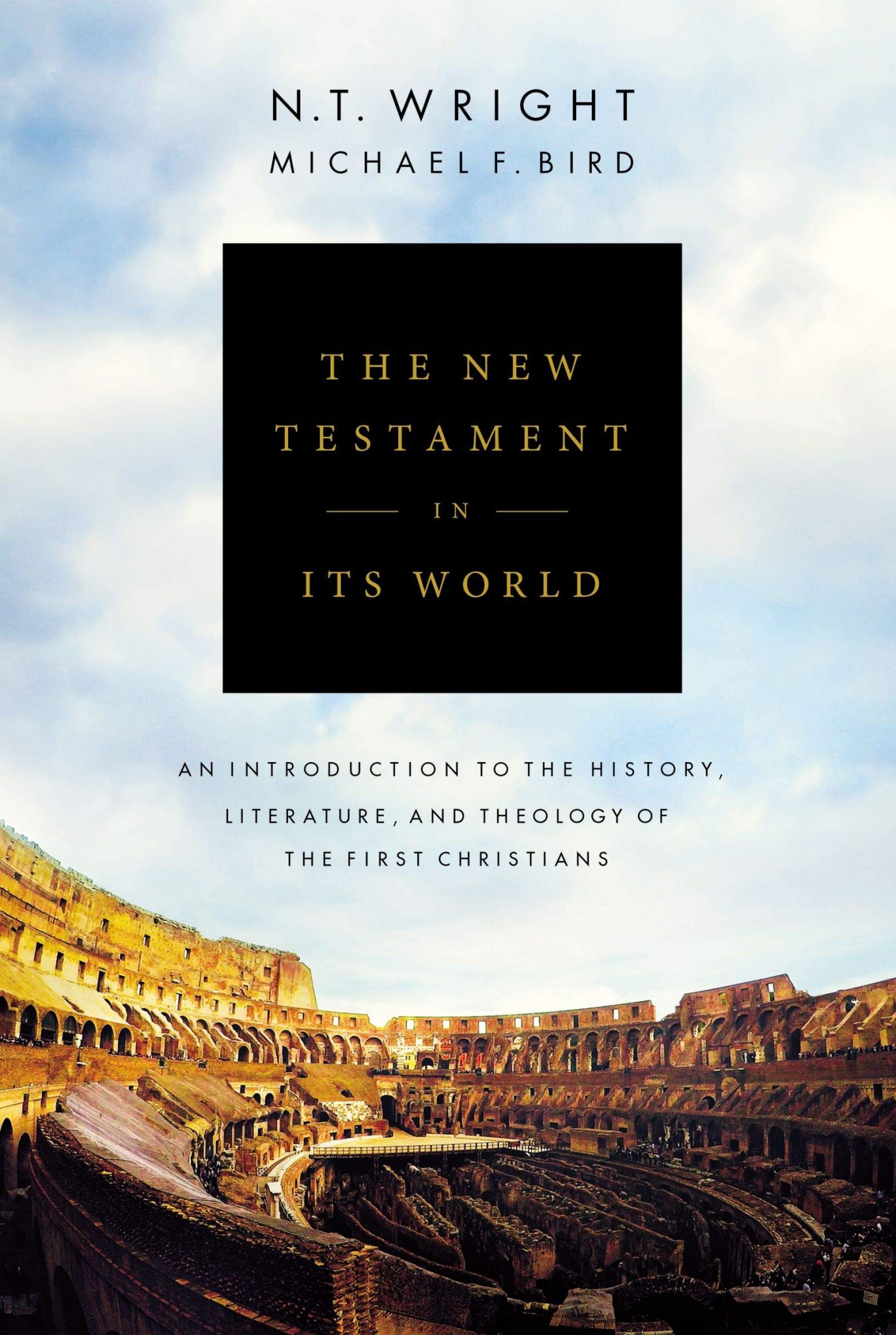 The New Testament in Its World: An Introduction to the History, Literature, and Theology of the First Christians

The New Testament in Its World: An Introduction to the History, Literature, and Theology of the First Christians

The book is divided into nine parts, and the breadth of material in its 900 pages is astounding. It ends up being part introduction, part survey of the whole New Testament, and part “reader” on Wright’s works. No review will be able to touch on each part, so I’ll largely restrict my comments to the strengths and weaknesses of this volume and the way it was put together. Before I do, though, here’s a brief survey of its contents.

Part 1 instructs readers how to read the New Testament, speaking to hermeneutics, history, literature, and theology. Part 2 contains background material covering the history of the Jews between the Persian and Roman Empire, the Jewish context of Jesus and the early church, and the Greco-Roman context. Parts 3 and 4 give an overview of Jesus, examining his identity, death, and resurrection. Part 5 introduces Paul and then goes into each individual book of the Pauline corpus. Part 6 and 7 covers the Gospels and the Catholic Epistles, and then the final two parts explain how we got the New Testament and how we make the New Testament matter for today.

For a New Testament introduction, the breadth of material covered is quite impressive: everything from text criticism, source criticism, hermeneutics, views on Paul and Jesus, and book overviews.

Style and Readability. Both Wright and Bird have a breezy, jaunty, tumbling style. While some might find this distracting for an introduction, their voices give a lightness to the rigor of the work. This is what has always made both of them (and Wright in particular) so fun to read. They take difficult concepts, write about them in a conversational way, and then connect them with modern concepts overturning typical thought patterns. The book is an enjoyable read for this fact alone.

Historical Overviews. Another strength is the thorough historical study combined with reflections on how the New Testament is still relevant today. Summaries of the historical periods and Jewish and Greco-Roman background were some of the most digestible but judicious overviews I’ve read on these topics. So many historical overviews get lost in the details or assume knowledge from readers, but this introduction explained the Seleucids and Ptolemies, and even showed a map of the territory they controlled, but didn’t get lost in the details. For its readability and comprehensiveness, this book may be considered one of the best historical New Testament introductions available.

Individual Book Chapters. I enjoyed how they cover each individual book of the New Testament. Each book begins with an introduction that sets the stage. Only then is debated or background material discussed, followed by an outline of the book with paragraphs summarizing what is found in each section. Finally, the book is put into the larger picture connecting it to real life. This way of introducing a book is much better than typical New Testament introductions.

Good Summary of Wright’s Corpus. Of course, the other strength of this book is a condensed version of Wright’s sizable works. Wright’s influence over scholarship is hard to estimate, but when students see the length of his works it’s daunting. This book provides a brief (yes, brief for Wright!) overview of his work on Jesus and Paul. What one thinks of Wright’s larger theological program will determine how one judges this part of the book.

Extras. My review copy didn’t include the study guide or videos, but the charts, maps, and pictures in the book are a nice addition. I didn’t like all the extras, but for the most part the summaries, quotes, maps, and charts are helpful information. It’s clear the book wasn’t just thrown together, but carefully supplemented.

Organization and Length. The biggest weakness of the book is the organization and length. The length will deter its classroom use. I also questioned the placement of sections. For example, Part 1 on reading the New Testament made a lot of sense as a beginning, but it seems that the making of the New Testament (Part 8) would have fit well into that section and was a little out of place at the end.

My biggest disorientation, however, is how the book begins with Jesus (Parts 3 and 4), then jumps to Paul (Part 5), and then back to the Gospels (Part 6). Paul’s canon is included in the Pauline section, but the Gospels are separated from the Jesus section. I understand their purpose: they want to keep the “historical order” rather than following a more canonical view. But if one were to strictly follow the “historical composition” order, then Paul would come first and not Jesus.

Wright-Bird Corpus. I realize this review has done little with the “theology” of the book. Part of the reason is because if you’ve read Wright and Bird, you know what to expect: an emphasis on story, exile, Jewishness, monotheism, election, the corporate people of God, and an embodied and concrete future. From a Pauline perspective, Wright sits in one of the many New Perspective camps and Bird straddles the many perspectives on Paul, but leans toward a mediating position on New and Old Perspectives.

The emphasis on Paul’s theology tends more toward sociology and ecclesiology (new united family) than soteriology (getting right with God), but the latter is included.

The more problematic views of Wright are downplayed (especially on atonement), but one still finds Wright speaking of Jesus’s death more as a victory and not emphasizing penal substitutionary atonement. Readers also find his views on righteousness and justification throughout. The emphasis on Paul’s theology tends more toward sociology and ecclesiology (new united family) than soteriology (getting right with God), though the latter is included.

Historical Emphasis. The nature of condensing Wright’s corpus is helpful, but it also shows the “age” of Wright’s scholarship. Wright came along and largely took a page out of the historian’s book and argued for a more conservative (and biblical) view of Jesus than the Jesus Seminar school took. But Wright’s work now speaks to a wider audience than his initial one. This means that Wright’s historical leg is consistently longer than his theological leg. Though there is “theology” in this book, the emphasis is certainly on the world of the New Testament (the title should cue readers in). The negative side of this equation, however, is that some of the debates he addresses are passé, though thankfully updated with new clothes. This makes the book both a nice summary of Wright’s work, but also somewhat dated.

I’d also want to supplement this type of introduction, however, with a more biblical-theological viewpoint. This suggestion might reveal more of my leanings than the weaknesses of the volume, but I’m inclined to think scholarship has also turned more in this direction, and the strength of the volume (a summary of Wright’s corpus) ends up also being its weakness, especially in regard to emphasis and organization.

Overall, readers can be thankful to both scholars for their work and how they’ve moved many conversations in a helpful direction.