As a teenager seeking to live a godly life in Christ, I was drawn to the writings of John Owen (1616–1683), the great English Puritan theologian. What impressed me then, and what has continued to draw me to his writings, is the passionate love for Jesus Christ displayed throughout his works. Owen’s writings are filled with descriptions of the glory of Christ, and the importance of looking to Jesus, the author and finisher of our faith (Heb. 12:2). A proper understanding of the person of Christ isn’t only important for theology in the church and in public confession; it’s also the secret to living a godly life. As we look to Jesus, we’re filled with love for him which crowds out love for the things of this world. Owen makes these points throughout his writings.

Crawford Gribben has captured Owen’s passion for Christ admirably in his new book An Introduction to John Owen: A Christian Vision for Every Stage of Life. Gribben is the author of the 2016 academic biography of Owen, published by Oxford University Press, titled John Owen and English Puritanism: Experiences of Defeat. Following this excellent book, Gribben has taken a step back to craft a more devotionally focused biography. His purpose in this book is to “discover the kind of life he [Owen] hoped his readers would experience” (13). With that in mind, Gribben first presents a short summary of Owen’s life in the introduction and then examines several different aspects of human life: childhood, youth, middle age, and death and eternal life. As he walks through Owen’s life, he connects these time periods with how Owen viewed the Christian life during these stages. 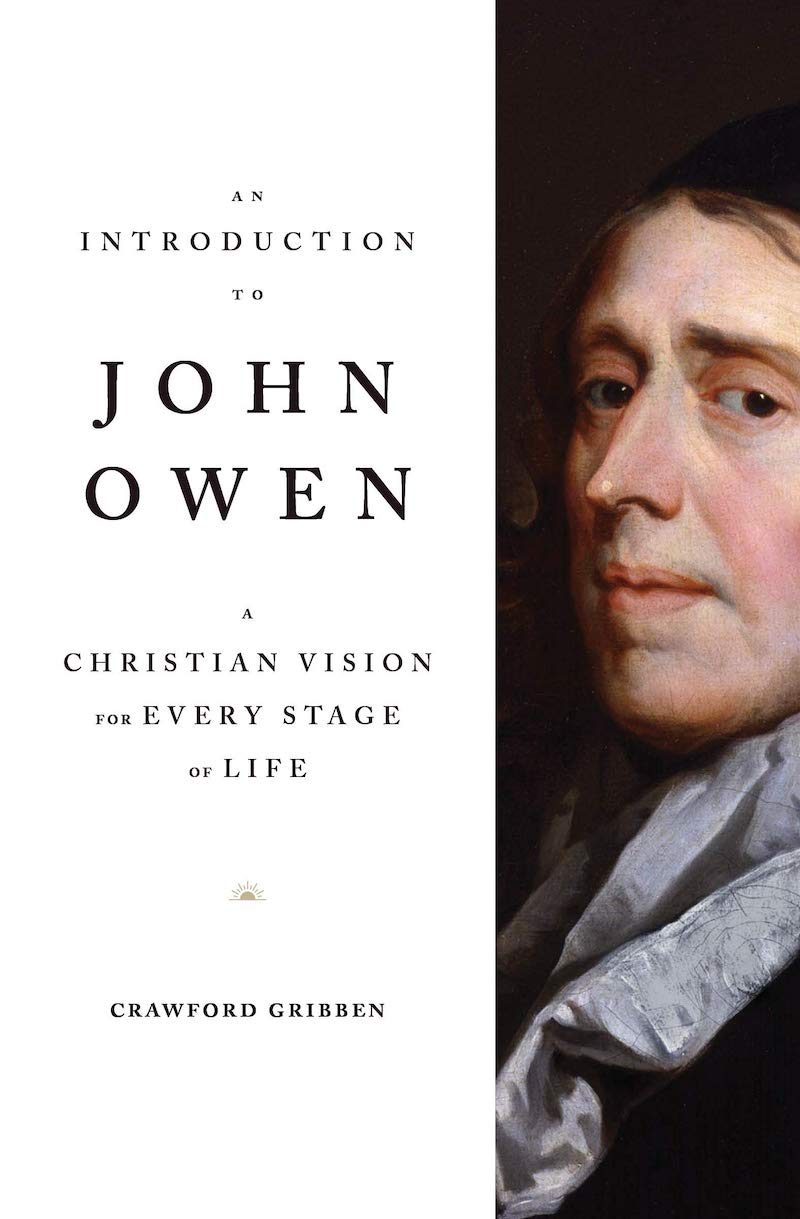 An Introduction to John Owen: A Christian Vision for Every Stage of Life

An Introduction to John Owen: A Christian Vision for Every Stage of Life

In his 8 million published words, he addressed a wide range of topics, from theological polemic and biblical commentary to social and political issues such as the proper nurture and education of children. In An Introduction to John Owen, Crawford Gribben offers a survey of these works, showing what Owen considered to be part of the spiritual life he imagined for his readers. For Owen, spiritual life was about increasing in grace and goodness, in fellowship with each member of the Trinity. This introduction to Owen’s works shows how he developed a Christian vision for every stage of life.

Communion With God in All Stages of Life

Gribben emphasizes the central themes of Owen’s thought regarding the Christian life, particularly communion with God in Christ. The Christian has fellowship with God the Father through his love, God the Son by his grace, and God the Holy Spirit in communion. This fellowship is greater than anything that can be found in this world and will last far beyond it. This is why believers should nurture their children and teach them the faith from the earliest age (59–65), and why young people should devote the best years of their lives to the pursuing communion with God (84). It’s also why our focus should be on Christ, and not on the temporal achievements of middle age (116). And it’s ultimately why we have hope as we face death, as we anticipate the vision of God in the face of Jesus (119). This communion with God will sustain us through every stage of life, no matter the difficulties we face.

A proper understanding of the person of Christ is not only important for theology in the church and in public confession. It’s also the secret to living a godly life.

This fellowship with God is what enables us to persevere through times of darkness. One of the profound things about this book is that it illustrates just how relevant Owen’s life is to our own today.

Owen, an ambitious man, was part of an ascendant political and clerical class that sought to remake the life of the nation in a godly fashion. And yet he watched it all fall apart in the restoration of 1660. Many of his friends were murdered, and those whom he felt were enemies of Christ ascended to political and cultural power (91–92). It was, as Gribben aptly notes, a life characterized by defeat (28). And this is something that’s profoundly relevant for Christians in the West today.

This is true particularly in America, where Christians have been a powerful political and cultural group seeking to preserve godliness in the nation and society. Yet as time goes on, we watch more and more as those who are opposed to Christ and his people come to power. It often seems as if there’s less hope in the world for Christian believers. In this sense, we’re in a similar situation to that experienced by Owen.

And that’s why Owen’s writings are relevant and helpful. His final word wasn’t about political, cultural, or temporal hope in this world, but about the glory of Christ which we’ll enjoy for eternity. On his deathbed, Owen completed a book titled The Glory of Christ (136–39). Owen notes that one can’t experience the joy of heaven unless one has a foretaste of it in this world. And that foretaste is the vision of the glory of Christ. This is that in which the joy of heaven consists. And it’s that which renders all our temporal woes meaningless in the face of the glorious joy to come. As Paul says, “The sufferings of this present time are not worthy to be compared with the glory which shall be revealed to us” (Rom. 8:18). It’s this truth that grounds us, and which keeps us filled with hope, no matter what goes on in this world.

Owen’s final word wasn’t about political, cultural, or temporal hope in this world, but about the glory of Christ which we’ll enjoy for eternity.

Crawford Gribben’s introduction to John Owen is an excellent work that points us back to the most fundamental truths of Owen’s life: that our hope isn’t in the things of this world but in Jesus. Owen labored extensively to see his visions for the temporal world realized, and yet he watched it all fall apart. But what remained were the treasures of communion with the triune God, something incalculably better than anything else he had lost. In the same way, we should recognize that our ultimate hope is in Christ and that he is better than anything we can possess in this world.

Christopher Cleveland (PhD, University of Aberdeen) completed his doctoral research on John Owen under the supervision of John Webster at the University of Aberdeen. He has contributed numerous book chapters on Reformed theology and scholasticism and has presented at conferences in the UK and the USA. He is ordained in the SBC and has served as a pastor in Florida. He is the author of Thomism in John Owen (Ashgate, 2013).