Imagine you’re walking down a broad avenue that would normally take an hour to get to from one end to the other. Then imagine this avenue has any number of side streets and alleys leading off into fascinating byways that invite you to explore them. A journey that would normally take 60 minutes now takes all day, and still you haven’t reached the end of the avenue itself. If you can see yourself doing that, then Augustine: Conversions to Confessions is the book for you.

Robin Lane Fox, until recently a reader in ancient history at Oxford University, has written a partial biography of Augustine. The account doesn’t tackle the church father’s entire life but stops in AD 397, the year Lane Fox believes Augustine completed his famous Confessions. The aim of his book is to study the process of “conversion” that led to Confessions—or in other words, why did Augustine write about himself the way he did, and how accurate is his self-portrayal?

Portrait of the Past

Lane Fox knows an enormous amount about the ancient world and brings his vast learning to bear in an eloquent and fascinating way. Digression is his strength, as whole chapters are taken up with studies of Manichaeism, Neo-Platonism, and the like. These descriptions are worth the price of the book.

Few readers will know how much new ground has been explored in the past generation, and apart from trawling through learned journals, it’s hard to know how to find out what’s been happening. Lane Fox spares us this task, and we should be grateful to him for sharing his learning and research with us. How many know, for example, that there were Manichees in China, descendants of ancient missionaries to that country, until only about a century ago? In Augustine we discover that, and much more. We even learn that previously unknown sermons of Augustine keep turning up. Lane Fox doesn’t hesitate to use these recent discoveries in his portrait of the great theologian.

As a way into his subject, Lane Fox chooses two other ancient figures to accompany us on our journey through Augustine’s early years. One is Libanius, a pagan teacher of rhetoric in Antioch, who was about a generation older than the bishop of Hippo. The other is Synesius, chiefly known as a worldly bishop of Cyrene, who was half a generation younger. Neither knew Augustine or each other, but both left enough material behind to make comparisons possible. What we discover is that they were each quite different, not least in the ways they reacted to apparently similar circumstances. It’s as if someone were to write a biography of the young Adolf Hitler (1889–1945), comparing him along the way with Teddy Roosevelt (1858–1919) and Mao Zedong (1893–1976), both of whom were Hitler’s semi-contemporaries yet quite different from him.

What do we learn from this sort of comparison? This is the big question, which looms larger as Augustine progresses. Do we have to keep flashing back to two Greek-speakers who lived in quite different contexts just when we seem to be getting to grips with Augustine himself? As with his many other digressions, the information Lane Fox provides about these strangers is fascinating, but it does tend to take us away from our subject; when we finally get back to it, we’re not always sure where we are.

As we get closer to Augustine himself, though, the fog really starts to thicken. His is far and away the best-chronicled life of any ancient person, but even so, there’s much we don’t know. We’re almost entirely dependent on his own testimony for most of the story. As Lane Fox rightly points out, we cannot rely on Augustine’s self-analysis for an accurate picture of what really happened. Like the rest of us, his memory was occasionally faulty and his choice of autobiographical material selective. 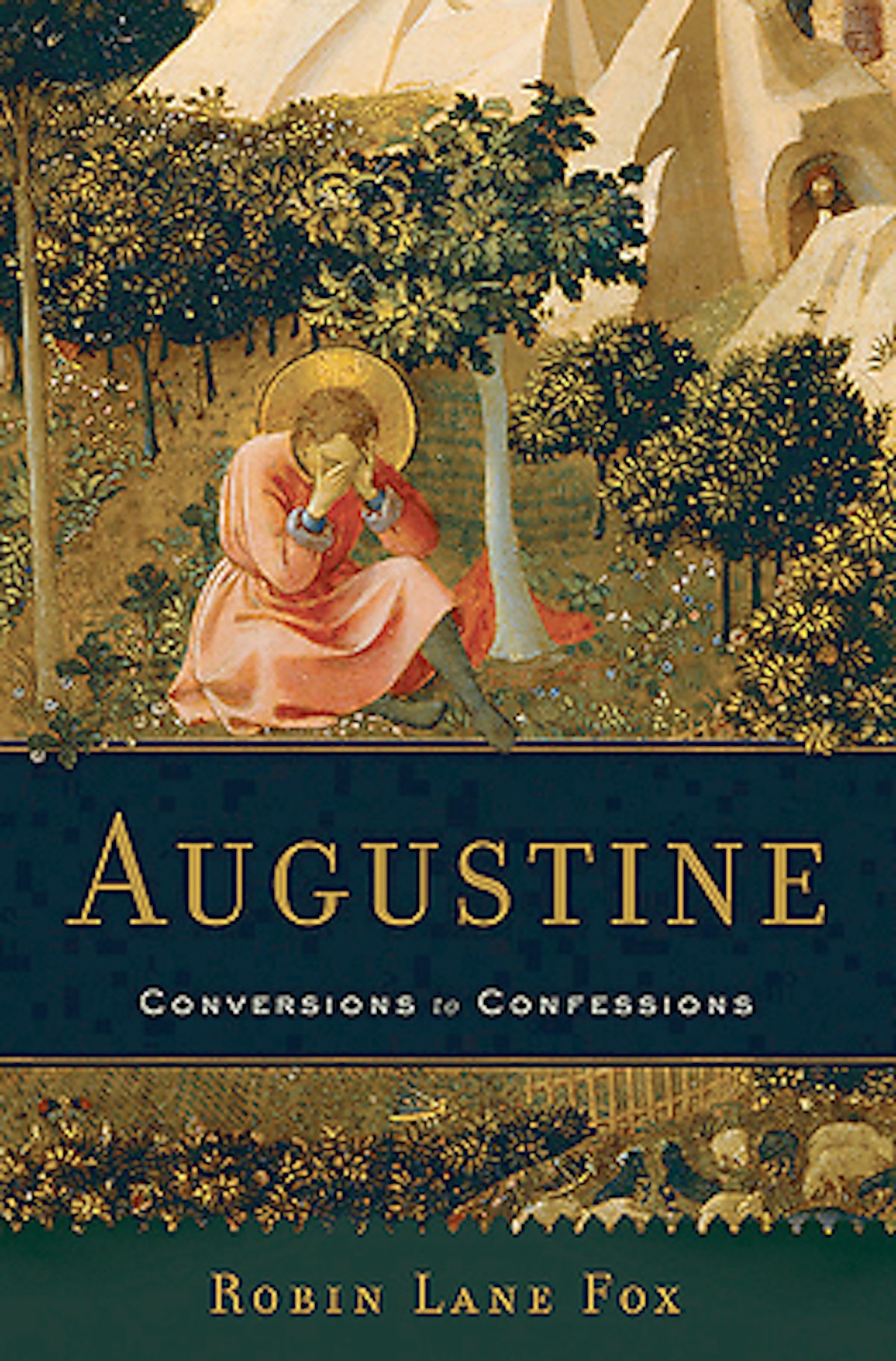 True as that is, however, it’s even harder to trust the hypotheses of modern scholars, clever though they may be. Lane Fox is usually careful to distinguish fact from supposition, but sometimes the lines are blurred. For example, he takes for granted that the Pastoral Epistles weren’t written by the apostle Paul, even though many reputable scholars in the field think otherwise. If Lane Fox is capable of making a dubious assumption about something so obvious, how can he be trusted with the more obscure details of his narrative?

But it’s when we come to the heart of the matter that Lane Fox lets us down most. His account of Augustine’s conversion contains an extended examination of the possible meaning of “tolle lege,” which led Augustine to take up Paul’s letter to the Romans. This is followed by an equally lengthy examination of the possible meanings of the text that moved his heart to turn to Christ. In the end, he concludes Augustine got it all wrong but remained convinced God had spoken to him anyway. His life was turned around, but only by mistake!

When Lane Fox finally gets to the Confessions he has curiously little to say beyond asserting Augustine may have been moved to write by an attack of piles. Of course, Lane Fox quickly adds there’s a lot more to the Confessions than that, but first impressions have a way of lingering in our minds and leaving us decidedly underwhelmed.

Robin Lane Fox isn’t a Christian, as he himself tells us at the start. He can write about conversion, but since he hasn’t experienced it himself, what he says sounds shallow and unconvincing.

As a result, Augustine: Conversions to Confessions is like a doughnut: rich around the edges but empty inside. Though it’s valuable for its general depiction of the world in which Augustine grew up, it tells us nothing about his inner spiritual life. For that we must read the Confessions for ourselves and accept that, in the things of God, heart speaks to heart.

Gerald Bray is research professor of divinity at Beeson Divinity School and distinguished professor of historical theology at Knox Theological Seminary. He is the author of numerous books and the editor of the Anglican journal Churchman.