Taking the advice of C. S. Lewis, we want to help our readers “keep the clean sea breeze of the centuries blowing through our minds,” which, as he argued, “can be done only by reading old books.” To that end, our Rediscovering Forgotten Classics series surveys some forgotten Christian classics that remain relevant and serve the church today. (This is adapted from the foreword to Free at Last?: The Gospel in the African American Experience by Carl F. Ellis Jr. Copyright 1996 by Carl F. Ellis Jr. Published by InterVarsity Press, Downers Grove, Illinois. www.ivpress.com.)

So observed the keen anthropologist and author Zora Neale Hurston. Maturity is a process that can’t be manipulated for speed. As a young man I thought I had answers when I should’ve asked more questions. Some of my answers were harmful because I was timid; other answers could’ve used more humility; still others were shallow when depth was necessary.

I had to learn that having information did not mean that I had comprehension.

In the re-release of Carl Ellis’s book Free at Last?: The Gospel in the African American Experience (IVP, 2020), we hear a poised exhortation that’s often drowned out by the ever-swinging pendulum. A man or woman’s prudence isn’t measured by their ability to swim with every wave of popular thought, but how they rise above that wave in defense of a truth that transcends time. I fear that many Christians are more concerned with cultural relevance than the reverence of Christ. On the other end of the spectrum, however, some ignore the reality that God uses culture as a means to communicate his truth. Praise God that Carl Ellis carries the arrows of biblical literacy and civic awareness in his quivers.

He is a man who asks questions. 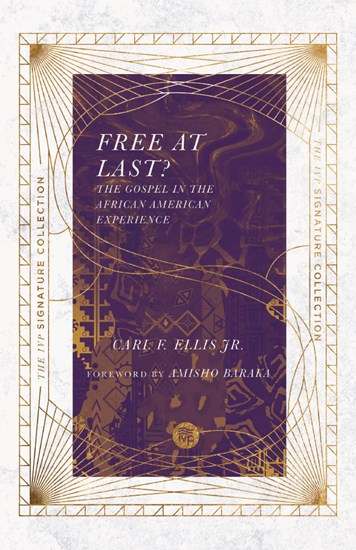 Free at Last?: The Gospel in the African American Experience

Free at Last?: The Gospel in the African American Experience

The words of Martin Luther King Jr.’s “I Have a Dream” speech have become enshrined in U.S. history. But after the end of King’s generation of leadership, what happened to the African American struggle for freedom? Like the ancient Israelites, the African American community has survived a 400-year collective trauma. What will it take for them to reach the promised land that King foresaw―to be truly free at last? In this classic historical and cultural study, Carl Ellis offers an in-depth assessment of the state of African American freedom and dignity. Stressing how important it is for African Americans to reflect on their roots, he traces the growth of Black consciousness from the days of slavery to the 1990s, noting especially the contributions of King and Malcolm X. Ellis examines elements of Black culture and offers a distinct perspective on how God is active in culture more broadly.

As I observe the Christian landscape, I recognize that, in many circles, spiritual maturity isn’t measured by how we apply what we believe, but how well we argue it. We engage like children, riding a hobbyhorse of issues ready to trample our opposition. We flippantly abandon one bandwagon only to arbitrarily board another. We praise theological carpetbaggers traveling miles to teach the “ill-informed.” We’re a culture that has an abundance of information but a scarcity of wisdom. Are we wasting our years by not asking the right questions?

Praise God for Ellis’s wisdom. He has been a steady voice, crying out from the halls of academia and the church.

We’re a culture that has an abundance of information but a scarcity of wisdom. Are we wasting our years by not asking the right questions?

I can only imagine a young Sho Baraka getting his hands on Free at Last?. I could’ve found answers earlier in my searching. I could’ve saved myself from consuming a thin framework and could’ve enjoyed a deeper, more rich theology.

Not Left, Right, or Middle—But Biblical

This book lifts up a gospel that not only renews hearts but also renews institutions. This book taught me that fidelity to the Scriptures fuels a passion for social justice. The right wants you to believe that a concern for justice will lead to licentiousness. The left wants you to believe that a preserving historical biblical ethics is oppressive. Praise God for Ellis, who presents a book that tears down the dividing wall of confusion.

Ellis has lived a life that refuses to be prostituted as a political pawn. He doesn’t stand in a hopeless middle that hides behind indecision; he stands confident on the truth of God that refuses to auction off its allegiance. He may be too radical for some and not radical enough for others. He may be in the middle because we live in a society that settles for ideologies without nuance. As a Joshua people, we know there’s a time to kill and a time to heal, a time to search and a time to quit searching. Praise God that Ellis cares about both the unborn child and also the precarious predicaments that put women in a position to consider abortion.

Sho Baraka is a hip-hop artist, writer, and public speaker. He lives in Atlanta, Georgia, and serves as the executive director of Terminus Collective, a network that is active in civic and cultural innovation.