Historical surveys are typically marred by predictable blemishes. Some so generalize that the personalities and specific contours of historical life get smoothed over. Others are too particular, veering dangerously toward the genre of “list.”

Robert Wilken’s new book is remarkably free of these stains. Only at one or two points does he slip into listing, and he never overgeneralizes. By the end of the book we have not only read about Origen and Constantine, Nicea and Ambrose and Augustine, the spread of Islam and Justinian, Pope Nicholas and Boris the Khan of the Bulgars and Charlemagne. We have met them, taken tours of their buildings, frequently heard them in their own voices.

The first chapters are slightly wobbly. Wilken, professor of the history of Christianity emeritus at the University of Virginia, is more at home in the post-biblical world than the world of Jesus and Paul. But soon enough the book takes off and never looks back.

Wilken makes a number of distinctive contributions, most related to his conviction that Christianity is not merely a doctrinal system or faith but a city that transforms the cities in which it’s planted. “Christianity is a culture-forming religion,” and we can trace how the “growth of Christian communities led to the remaking of the cultures of the ancient world.”

Wilken, for instance, highlights the role of kings in the European expansion of the church. The Christianization of the Roman Empire was the anomaly. There, the church slowly permeated the empire for centuries before Constantine’s conversion. After that, however, kings were the first to convert, and every king was a Constantine. Among the Franks, in Ethiopia and England, in Bulgaria and among the Kievan Rus, a king’s baptism initiated evangelization and the remaking of culture. Kings also provided protection and support for missions to virgin territories. Without kings, Wilken argues in an implied rebuke to anti-Constantinians, Christianity would never have spread to the corners of the former empire and beyond. 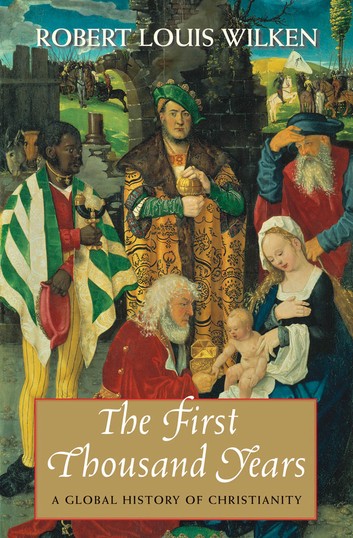 The First Thousand Years: A Global History of Christianity

The First Thousand Years: A Global History of Christianity

How did a community that was largely invisible in the first two centuries of its existence go on to remake the civilizations it inhabited, culturally, politically, and intellectually? Beginning with the life of Jesus, Robert Louis Wilken narrates the dramatic spread and development of Christianity over the first thousand years of its history.

The First Thousand Years also highlights the public role of Christian art. Though the paintings in the catacomb of Callixtus were hidden from the general public, they represented a “momentous” development in the early history of Christianity. As a visible expression of Christian faith, art was a “first step” on the road that led toward a distinctive Christian culture. Throughout the book, Wilken focuses on architecture as the most public artistic form of Christianity. He takes the reader on a vivid tour of Santa Maria Maggiore in Rome, and later the Hagia Sophia. Language is one of the book’s preoccupations, as Wilken explores the remarkable flexibility of Christianity as it became embodied in different languages. He discusses Christian poetry and music, and includes generous quotations from Ephrem the Syrian, Ambrose, Prudentius, and Fortunatus. Wilken is one of the most cultured men around, and I often found myself wishing I could take a tour with him as guide.

The First Thousand Years is a genuinely global history whose scope extends beyond Byzantium and Western Europe. Wilken includes substantial chapters on Coptic and Nubian Christianity, Ethiopia, the “Nestorian” Church of the East, Armenia, Georgia, India, and China. One regularly comes across shocking sentences like this: “The route from Persia to India was dotted with monasteries that provided lines of communication between the catholicos in Mesopotamia and bishops in distant lands.”

Wilken has previously written a book on Palestine in Christian thought, and The First Thousand Years recurs several times to the fate of Jerusalem. From the early centuries, Christians frequently pointed to the triumph of Christianity in Judaism’s capital as proof of Jesus’ triumph over the Jews. The city became a holy site for pilgrims during the fourth century. Hoping to undermine Christian confidence, Julian “the Apostate” embarked on an effort to rebuild the temple, which proved abortive when he suffered an unexpected death. Christians reacted to the brief Persian conquest of Jerusalem in 614 with anguished laments, but it was the Muslim conquest that sealed the Christian loss of the city. Wilken does not take the story to the Crusades, but his account clarifies the background leading up to them.

Wilken makes his history uncannily contemporary by emphasizing the church’s continuous interaction with Islam in the second half of the first thousand years. “No event during the first thousand years of Christian history,” he writes, “was more unexpected, calamitous, and consequential than the rise of Islam.” He is careful not to demonize Muslims. Christians were usually free to live in peace under their Muslim conquerors, and at first were even welcome to participate in high levels of government. Over the centuries, a distinctly Arabic Christianity took shape. Yet the Islamic conquest was devastating. Fully “fifty percent of the Christian world” was conquered within the first century of Islam. Greater Syria, North Africa, the Arabian Peninsula, the steppes of Asia from Persia to India have been Muslim ever since.

The First Thousand Years is a substantial historical study, but Wilken assumes little prior knowledge. He includes the Lord’s Prayer, the Apostles’ Creed, the Nicene Creed, and other documents familiar to most Christians. This makes this nearly blemishless book an ideal gift for a non-Christian, especially one whose view of the church is infected by the notion that “religion poisons everything.”