It wouldn’t be right to talk about Michael Behe’s latest book—Darwin Devolves: The New Science about DNA That Challenges Evolution—without also touching on the commotion that ensues whenever this gentle Catholic puts his thoughts on paper. Under more ordinary circumstances, I’d consider myself too close a colleague to review the work, but since this is as much about defending the person as reviewing his book, who better to assume that role than a friend?

As for Darwin Devolves itself, I found it well worth reading. This second extension to his 1996 classic, Darwin’s Black Box (where he first outed himself as an advocate of intelligent design), argues that unguided mutation and natural selection are indeed able to adapt organisms to their environments, but only within strict limits. “The very same factors that promote diversity at the simplest levels of biology,” Behe observes, “actively prevent it at more complex ones” (38).

Moreover, if Behe—a biochemist and a founding senior fellow of Discovery Institute’s Center for Science and Culture—is right, even small-scale evolutionary adjustments tend to be irreversible. Like tattoos, they involve commitment. Choose your sleeves carefully, because you get them only by giving up what you can’t get back. Likewise, the white “sleeves” that suit polar bears for more frigid climes than their brown-bear cousins were purchased at the cost of a damaged LYST gene, which can’t easily be repaired.

This is but one of a many criticisms Behe levels against evolutionary theory. And, as these complaints stack up, I suspect some readers will see the book’s thrust as mainly negative. That would be a pity, because the main point is clearly positive. In declaring that “minor random variations around a designed blueprint . . . are severely limited in scope,” Behe is paving the way for the new idea that replaces the inadequate old one: “For new basic designs such as those at the level of family and above, additional information is necessary, information that is beyond the ability of mindless processes to provide” (169).

In other words, where the old theory drew only on unguided natural mechanisms, the new one absolutely requires the input of a superhuman intellect. Hence the commotion. By making the scientifically intriguing point that limited biological adaptation works only because living things were brilliantly designed to adjust in remarkable ways to their environments, Behe has placed himself in the thick of something more like a culture war than an intellectual debate.

And that point compels us to consider the bigger picture. It’s possible that Behe will turn out to be incorrect in some respects, and yet I’m absolutely certain he isn’t wrong. I mean, what could be more right than a biochemist having the courage to lay out evidence in support of a new theory that runs counter to the old mainstream theory—a new theory that, if correct, would have more profound implications than anything the science establishment has to offer?

What’s wrong here is neither Behe nor his theory but rather the groupthink that stultifies scientific discourse on all matters of political or worldview significance, none more egregiously than biological origins.

The preemptive review of Darwin Devolves published in Science before the book’s release illustrates this problem well. The editors of this epitome of establishment journals were duty-bound to publish a hostile review, of course, and they did. The usual custom is for one person to review a book, but since opinion might look split if only one reviewer had opposed this one author, three people teamed up for task. 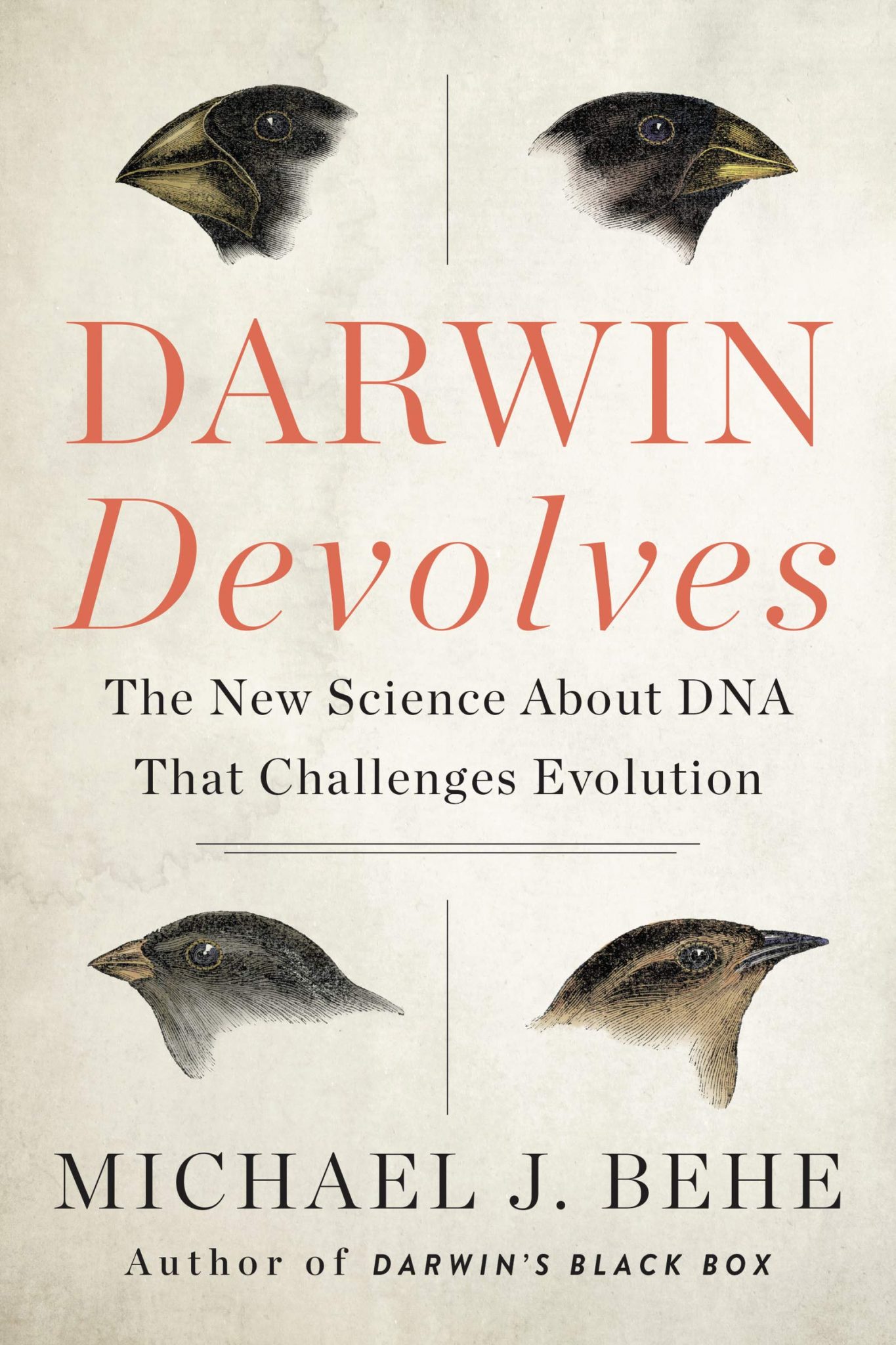 Darwin Devolves: The New Science about DNA That Challenges Evolution

Darwin Devolves: The New Science about DNA That Challenges Evolution

In his controversial bestseller Darwin’s Black Box, biochemist Michael Behe challenged Darwin’s theory of evolution, arguing that science itself has proven that intelligent design is a better explanation for the origin of life. In Darwin Devolves, Behe advances his argument, presenting new research that offers a startling reconsideration of how Darwin’s mechanism works, weakening the theory’s validity even more.

The authors of the review—Nathan Lents, Joshua Swamidass, and Richard Lenski—are all fine scientists when they want to be, but you don’t need a biology degree to see what’s going on here. When a group of scientists opens their critique with an appeal to judicial authority (a decision by a U.S. federal judge), you know they aren’t really talking science.

They’re brandishing fake weapons. You aren’t supposed to read the papers they cite in their attempt to give the impression that Behe has been refuted. If you did, you’d find that impression false. In fact, you’d find all sorts of telling statements, like this: “Our inability to demonstrate any sequences that correspond to the full lengths of those vertebrate fibrinogen chains implies that a genuine fibrinogen does not exist in sea cucumbers.” Or like this: “This apparently recently assembled pathway does not function very well—pentachlorophenol hydroxylase is quite slow, and tetrachlorohydroquinone dehalogenase is subject to severe substrate inhibition.” Or like this (referring to how long it would take for an adaptation requiring a mere two mutations to evolve): “For humans . . . this type of change would take >100 million years.”

Instead of actually engaging the literature, the authors of the Science review engage in citation parading. They’re signaling that they’re on the academically respectable side of the issue—the anti-Behe side.

Science Has a Moral Code

Notre Dame sociologist Christian Smith has described the situation perfectly. Science, he observes, operates in a culture with its own moral code. The most reliable way to demonstrate this, Smith says, “is to violate moral norms and observe the reactions.” Behe has performed this experiment for us, and the result is exactly as Smith predicts. If you break the moral order in a Behe-like way, “at first you may be amusingly dismissed as nuts, unworthy of a serious response.” But if you “come to be perceived as serious and as garnering some legitimacy,” as Behe has, “then agents of the relevant moral order will come down on you with fierce emotion and retribution to eradicate the desecrating offense.”

This is the part of the scientific method they don’t teach in school—and the part that can quickly hinder progress on any hot-button issue. So when Behe refers to “the epidemic of tongue-tied Darwinists unable to explain how their theory might account for the real functional intricacies of life” (218), he’s not exaggerating. Neither Lents nor Swamidass nor Lenski can explain with the technical rigor expected in all serious scientific disciplines how natural causes can transform simple bacteria into everything we see around us. Indeed, nobody can.

It’s time to let science do its thing properly, then. Like it or not, Behe has offered an interpretation of the evidence that’s worth serious consideration. In fact, for the sake of science, you should like it, even if you don’t accept Behe’s conclusions. Because, as important as it is for scientists to be free to express their disagreement with Behe, it’s equally important that they do so in a way that acknowledges the invaluable contribution dissenters like Behe make.

Douglas Axe is the founder of Biologic Institute and BIO-Complexity. He is the author of Undeniable: How Biology Confirms Our Intuition That Life Is Designed.