The 18th-century playwright Voltaire is known for his calloused quip that the Qur’an is an “unintelligible book, each page of which makes common sense shudder.” While such a statement is abrasive to Western ideals of tolerance, acceptance, and pluralism, many non-Muslims who read the Qur’an for the first time might be tempted to sympathize with Voltaire’s sentiments. So why would a Christian author exhort his audience to invest time reading the Qur’an for themselves?

In his newest book, A Concise Guide to the Qur’an: Answering Thirty Critical Questions, Ayman Ibrahim—professor of Islamic Studies and director of the Jenkins Center for the Christian Understanding of Islam at The Southern Baptist Theological Seminary—contends there is no better way to understand the Qur’an’s influence on one’s Muslim neighbors than to read the text for oneself. I agree.

Not only will a reader of the Qur’an better understand its role in a Muslim’s life, but the act of reading it will likely be received by one’s Muslim neighbors as a sign of your commitment to understanding them. Still, Ibrahim’s book contributes much more than a mere plea to take up and read. 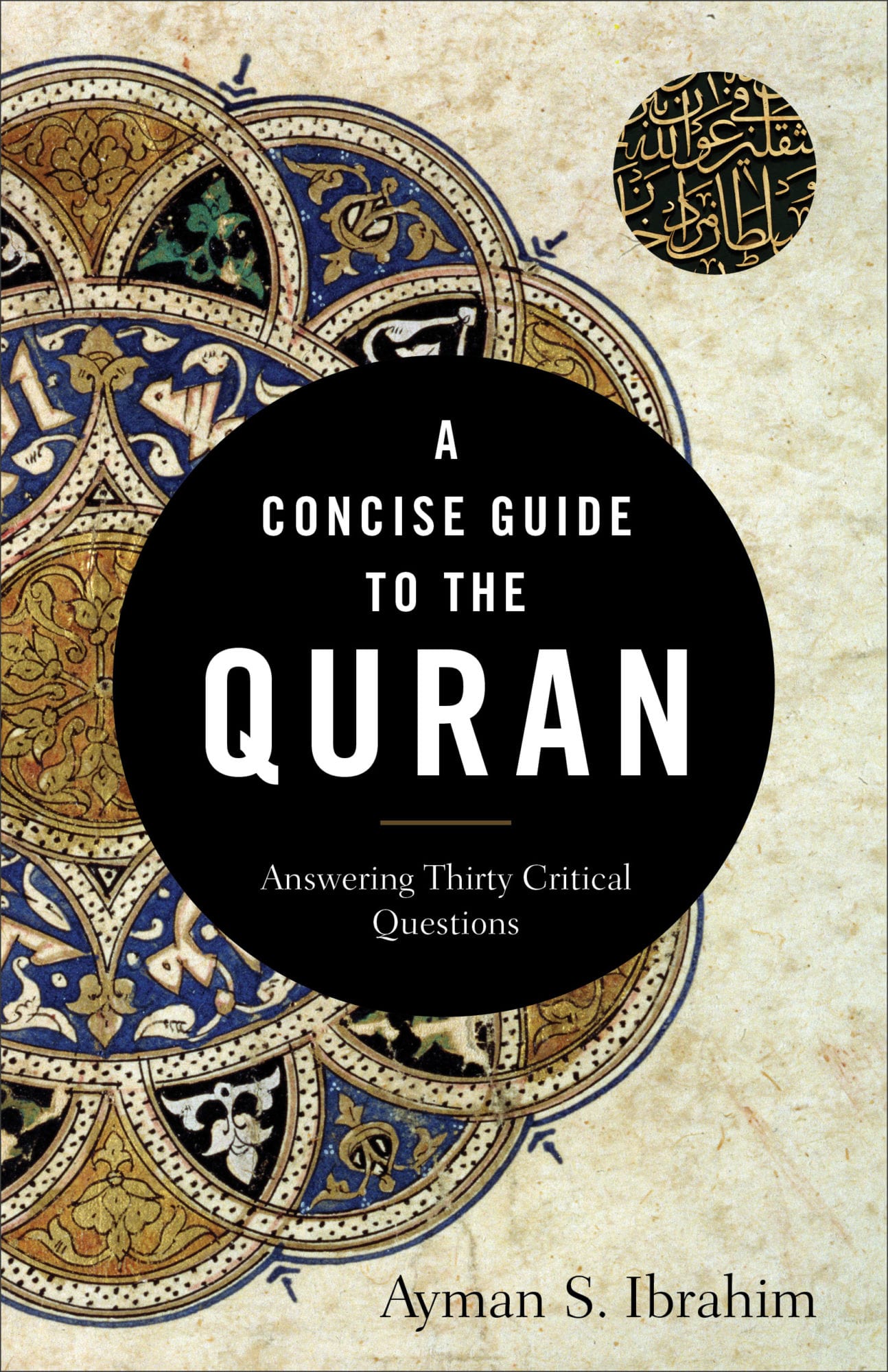 Ayman Ibrahim grew up in the Muslim world and has spent many years teaching various courses on Islam. Using a question-and-answer format, Ibrahim covers critical questions about the most sacred book for Muslims. He examines Muslim and non-Muslim views concerning the Quran, shows how the Quran is used in contemporary expressions of Islam, answers many of the key questions non-Muslims have about the Quran and Islam, and reveals the importance of understanding the Quran for Christian-Muslim and Jewish-Muslim interfaith relations.

This introductory guide is written for anyone with little to no knowledge of Islam who wants to learn about Muslims, their beliefs, and their scripture.

For those beginning to read the Qur’an, Ibrahim’s work provides a helpful orientation that offers key insights into what readers will encounter. The book is organized around 30 questions whose answers will benefit non-Muslim readers of the Qur’an while at the same time offering a challenge to Muslim readers. Though slim in size, the book represents a helpful distillation of Ibrahim’s extensive study of the world of Islam. Not only does he include answers based on a traditional Islamic perspective, but he also weaves in pressing concerns that arise from contemporary critical scholarship.

For too long, introductions to the Qur’an have chosen either a polemical perspective against Islam or merely represented a traditional Islamic perspective. Ibrahim’s work rejects such an either-or approach and instead apprises the reader of both confessional Islamic claims and the critical questions raised in the academy. A few examples will demonstrate the valuable contribution.

For too long, introductions to the Qur’an have chosen either a polemical perspective against Islam or merely represented a traditional Islamic perspective. Ibrahim’s work rejects such an either-or approach.

Incorruptibility of the Qur’an?

If you have Muslim friends with whom you’ve discussed questions of faith, it’s likely you’ve heard the claim that the Qur’an remains unchanged despite centuries of transmission. Ibrahim helpfully explains the traditional accounts of this claim from both the Sunni and Shia’ perspectives. He also addresses traditional ways of reconciling some of the apparent discrepancies between versions of the Qur’an that are reported in early Islamic sources.

In addition to these traditional claims, however, Ibrahim highlights the often-overlooked fact that the 1924 Cairo edition of Qur’an that modern Muslims read has only been agreed on for less than 100 years. Further, despite being written at a broadly accessible level, Ibrahim exposes the reader to significant historical- and text-critical issues that undermine confidence in the current versions of the Qur’an. By drawing on both Islamic sources and secular scholarship, Ibrahim presents the reader with compelling reasons to dispute the claims regarding the incorruptibility of the Qur’an. For Christians and Jews often accused by Muslims of having corrupted their books of revelation, such information is significant.

How Does the Qur’an View Jews and Christians?

Many are familiar with the basic Islamic claim that it builds on and completes the revelation given to Jews and Christians. It’s no surprise, then, to discover that Jews and Christians are addressed directly by the Qur’an. Yet Ibrahim helpfully unpacks a number of questions that arise from the Jewish and Christian presence in Islam’s holy book.

Considering the Christian doctrine of the Trinity, it’s natural to ask whether or not Muslims believe that Christians are infidels guilty of committing the Qur’an’s cardinal sin of associating partners with God (shirk). Ibrahim’s book provides a nuanced “yes and no” answer to this question. He helps the reader see how the Qur’an itself exhibits a variety of impressions of Christians—ranging from endorsement to condemnation—and also how such impressions manifest themselves in the attitudes of various communities of Muslims. Such a treatment allows the reader to understand why such diversity of opinion exists within the Muslim world and how all such expressions might yet be derived from the Qur’an.

The final contribution I want to highlight is Ibrahim’s presentation of how the Qur’an appropriates biblical characters within its horizons and for its purposes.

Who Is Jesus in the Qur’an?

Perhaps the greatest point of contention between Muslims and Christians is the question, “Who is Jesus?” Both the Bible and the Qur’an feature a character who was born of a virgin, did miracles, taught with authority, and was identified as a great prophet. Yet the Qur’an presents this character—known within qur’anic Arabic as ‘Isa—as the merely human son of Mary in direct contrast with the biblical portrayal of Jesus as the Son of God incarnate.

In the end, biblical prophets simply serve as mouthpieces for Islam within the Qur’an instead of providing historical characters through whom redemptive history advances as in the Bible.

Where one might be inclined to view shared characters such as Jesus and Abraham and Moses as “common ground,” Ibrahim’s book helpfully demonstrates how the biblical figures play different roles and serve different purposes within the horizons of the Qur’an’s concern. In the end, biblical prophets simply serve as mouthpieces for Islam within the Qur’an, instead of being historical characters through whom redemptive history advances, as in the Bible.

I wholeheartedly recommend A Concise Guide to the Qur’an as an accessible and smart primer on the Qur’an. Ibrahim manages to inform the reader about Islamic tradition and belief while encouraging critical dialogue with Muslim claims.

Ultimately, in order to love our neighbor, we must understand our neighbor. Likewise, love requires us to engage difficult conversations in pursuit of truth. Ibrahim’s book helps to accomplish both goals.

Matthew Bennett is assistant professor of missions and theology at Cedarville University. He is the author of The Qur’an and the Christian: An In-Depth Look into the Book of Islam for Followers of Jesus (Kregel Academic, 2022) and 40 Questions About Islam (Kregel Academic, 2020).