Christian claims stand or fall with the identity of Jesus of Nazareth. The New Testament Gospels provide the greatest amount of information about that person. How reliable the Gospels are, therefore, is a question every thoughtful person should want to answer in order to evaluate Christianity.

A new small book by Peter J. Williams, Can We Trust the Gospels?, works through this question. Sometimes Williams—New Testament scholar and warden of Tyndale House in Cambridge—rehearses evidence that’s available elsewhere, but he does so with commendable clarity and brevity. Topics include the nature and contents of a Gospel and the manner of its composition, the faithfulness of the oral tradition to preserve the teachings and deeds of Jesus, and the question of what counts as extraordinary evidence for extraordinary events.

Several sections cover well-plowed terrain but with interesting twists. Williams lists all the main non-Christian testimony to Jesus we have from earliest times, but teases out just how much is actually implied. For example, Josephus’s undisputed reference to James, the brother of the so-called Messiah, reminds us just how much this early leader of the Jerusalem church would’ve known and been able to transmit faithfully about his half-brother. Undesigned coincidences have been noted before, but Williams cleverly arranges and illustrates several by highlighting two women (Mary and Martha’s similar characterization in Luke and John independently of each other); two brothers (James and John wanting to call down fire from heaven and being called “sons of thunder” in independent contexts in Mark and Luke); two fish (Mark and John’s coincidence of “green grass” and Passover-time); and two wives (Josephus’s mention of God’s punishment via the defeat of Herod Antipas’s army, and the Gospels’ explanation that he’d married his half-brother’s ex-wife).

We’ve also known for some time how remarkably carefully the Gospels’ texts have been transmitted, notwithstanding widespread popular misinformation to the contrary. But Williams, whose recent scholarship has focused especially on textual criticism, sketches the amazing amount of agreement between Erasmus’s Greek text and modern scholarly editions. He then tells the story of the new Tyndale House Greek New Testament, which arrived at a critical reconstruction strikingly similar to Nestle-Aland, even when changing significantly the criteria for evaluating the external evidence of variant readings. 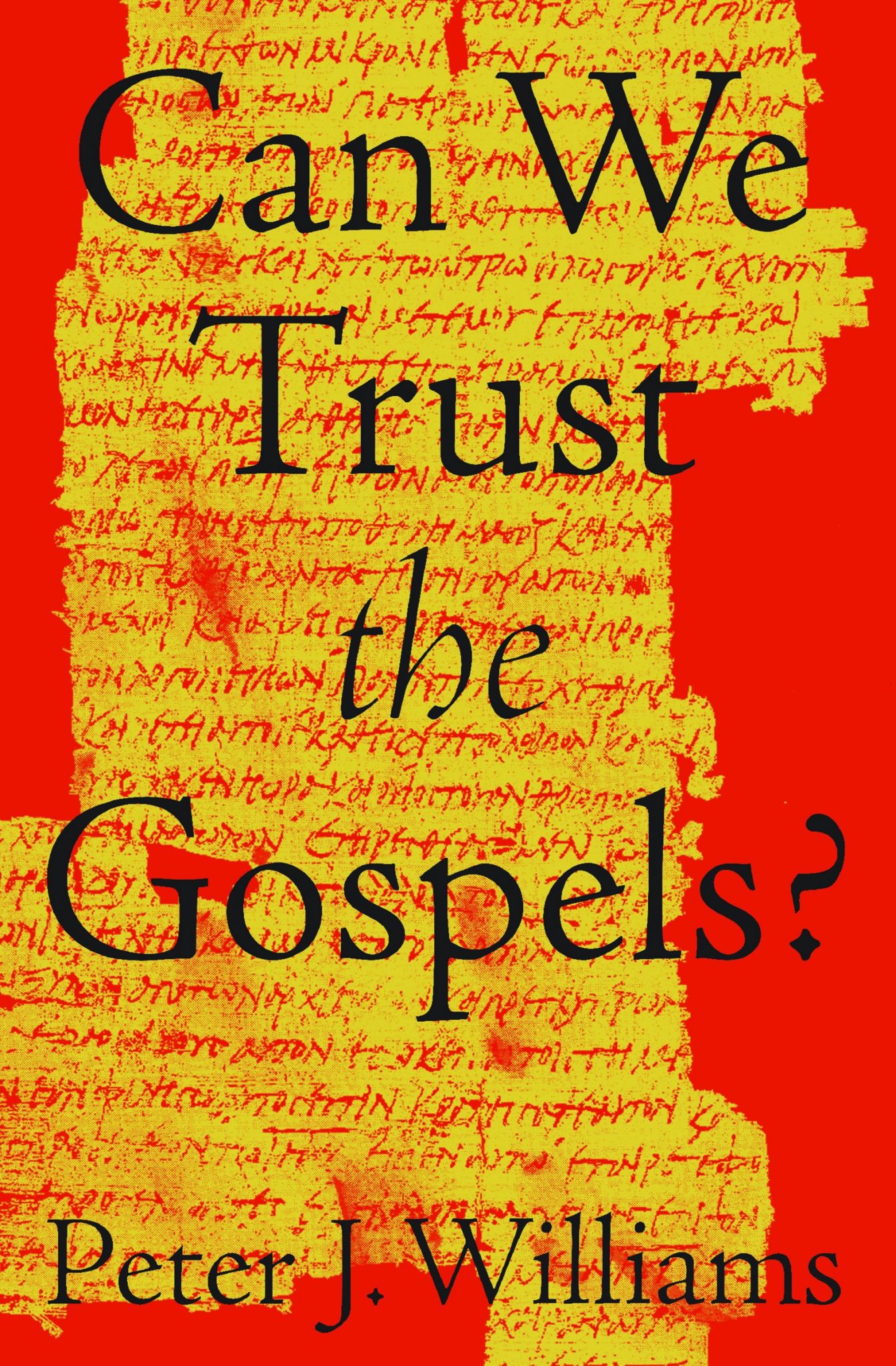 Can We Trust the Gospels?

Can We Trust the Gospels?

The Gospels—Matthew, Mark, Luke, and John—tell the story of the life and teachings of Jesus Christ while he was on earth. But how do Christians know if they are true? What evidence is there that the events actually happened? This accessible introduction to the historical and theological reliability of the four Gospels, written by New Testament scholar Peter J. Williams, presents evidence from a variety of non-Christian sources, assesses how accurately the four accounts reflect the cultural context of their time, compares different accounts of crucial events, and considers how these texts were handed down throughout the centuries.

If any of the Gospel authors weren’t natives of Israel in the time of Jesus, it becomes hard to account for this much accuracy, which makes it likely that the events narrated are likewise accurate

By far the longest, newest, and most interesting chapter deals with the barrage of details that the Gospel authors got right. With the aid of numerous charts, Williams catalogs all the references to towns, regions, bodies of water, and other places in the Gospels. He surveys roads and travel, gardens, botanical terms, financial practices, local languages, and unusual customs. He goes into greatest detail to list names of people, including names that are “disambiguated” (e.g., Simon Peter, Simon the leper, Simon the Pharisee). Throughout, Williams’s points remain clear. When they can be tested, the places Scripture mentions are accurate. Specialized terms show authorial familiarity with a broad cross-section of life in Palestine, down to minute elements. Names that are clarified consistently turn out to be the most common in the land at that time, though not necessarily in other parts of the empire or at other times.

If any of the Gospel authors weren’t natives of Israel in the time of Jesus, it becomes hard to account for this much accuracy, which makes it likely that the events narrated are likewise accurate. No reference works existed for fiction writers to consult to create an aura of historicity! As a foil, Williams notes how the apocryphal Gospels consistently disclose a paucity of all these details in comparison, and the occasional anachronism when they try to include them.

One could quibble over a few small points. The chapter on contradictions focuses exclusively on theological paradoxes in John and spans a meager five pages. Williams plausibly points out that these are intentional, stressing different sides of complex realities: God loves the world but we’re not to love the world; people did or didn’t believe when they saw Jesus’s signs; some knew where Jesus came from while in fact they really didn’t know; if Jesus testifies to himself his witness is true but in another sense isn’t; and so on. But these aren’t the most commonly cited (apparent) contradictions in the Gospels.

More well-known and puzzling to many are the small but stark variations among Synoptic parallels on the one hand, and the large-scale differences between the Synoptics and John’s Gospel on the other. The kind of “interlocking” that Richard Bauckham has stressed, in which John seemingly unintentionally explains Synoptic puzzles in passing, along with the instances in which John presupposes knowledge like that found in the Synoptics without showing any literary dependence on them, form a more powerful and convincing set of undesigned data.

Matthew, Mark, Luke and John aren’t merely history, but theological intent and literary artistry don’t compromise their accuracy so long as they’re judged by the standards of their day.

I’m still waiting for an accessible survey of the various fictional genres in use before or during the New Testament world. (Craig Keener has done some of the work but at a fairly technical level.) I get so tired of hearing skeptics simply assume that historical fiction as we think of it was an option in the first-century Roman empire, when we really have no such example that is at all close. Would-be historians and biographers worked with varying degrees of care and concern for precision, while mythology at times overlapped in small ways with what can be known about real people and places, but the gaps remain great between these works and volumes like the canonical Gospels. To be sure, Matthew, Mark, Luke, and John aren’t merely history, but theological intent and literary artistry don’t compromise their accuracy so long as they’re judged by the standards of their day.

A small book, however, can’t do everything. What Williams has tackled he does well throughout, and at times he does it exceedingly well. This work deserves a wide audience.