It’s not every day that a noted philosopher engages a doctrine that too many theologians view only as an embarrassment, but this is exactly what William Lane Craig does in Atonement and the Death of Christ: An Exegetical, Historical, and Philosophical Exploration.

Starting from the premise that any valid theory of the atonement must be both biblical and philosophically coherent, he proceeds to offer a robust defense of penal substitution.

The biblical and historical sections of the book are both first-class, but Craig’s most significant contribution is his analysis of the charge of incoherence. The charge is leveled from two directions.

First, the doctrine is alleged to be theologically incoherent: God is love, and as such would not demand satisfaction as a condition of forgiveness. Part of the answer is that Scripture clearly portrays God as exercising retributive justice. But Craig draws heavily, too, on the arguments of the Dutch jurist, Hugo Grotius (1583–1645), and particularly on his crucial distinction between an individual acting in a private capacity and a judge acting in a judicial capacity. A private individual may cancel a debt or forgive an injury without requiring any satisfaction. A ruler or judge, however, may not, and that is the capacity in which we as guilty sinners stand before God.

A private individual may cancel a debt or forgive an injury without requiring any satisfaction. A ruler or judge, however, may not, and that is the capacity in which we as guilty sinners stand before God.

Craig also highlights the fact that in the divine government there is no such separation of powers as we find in modern Western democracies. God exercises the three functions of legislator, judge, and executive, so that it is his prerogative to declare what the law is, to judge breaches of it, and to punish offenders. At no point do we have a right to call him to account, and least of all do we have a right to demand he unconditionally pardon sin. This—although Craig doesn’t develop the point—would invalidate at a stroke all human systems of justice and lead to the absurd conclusion that, while God has no right to punish a creature, one creature may have the right to punish another. 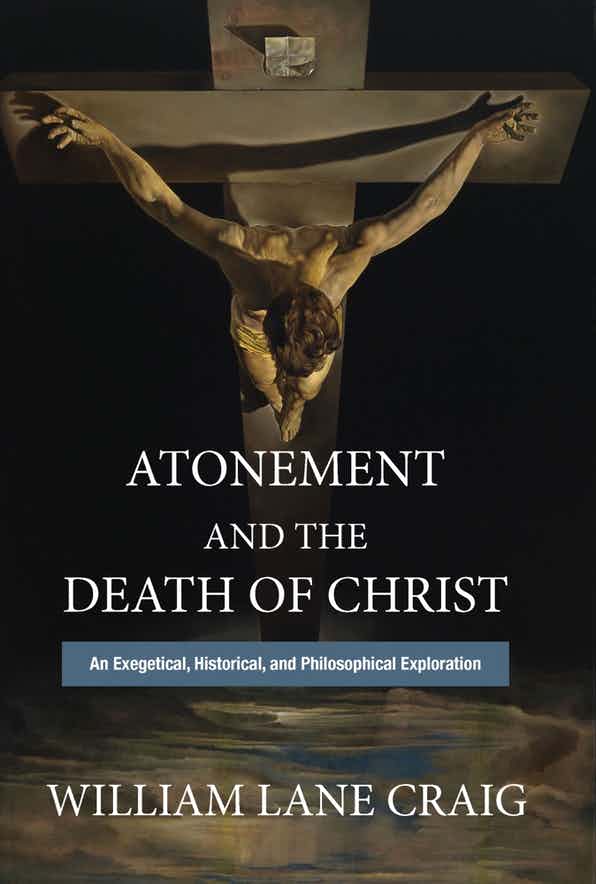 Atonement and the Death of Christ

Atonement and the Death of Christ

While Christ’s sacrifice serves as a central tenet of the Christian faith, the mechanism of atonement—exactly how Christ effects our salvation—remains controversial and ambiguous to many Christians.

In  Atonement and the Death of Christ, William Lane Craig conducts an interdisciplinary investigation of this crucial Christian doctrine, drawing upon Old and New Testament studies, historical theology, and analytic philosophy.

The dilemma God faced, speaking anthropologically, is that to let sin go unpunished would leave the universe at the mercy of unrestrained evil, while to apply the law strictly would mean condemning the whole human race to eternal death. The only way the dilemma could be resolved was by allowing a relaxation of the law, and in the context of the Christian doctrine of atonement relaxation meant God allowing the One (Christ) to take the place of the many. In other words, penal substitution.

But supposing the doctrine of penal substitution to be theologically coherent, is it philosophically coherent? Does it not contravene the principles that underlie our administration of justice? The charge takes various forms, but all ultimately derive from the fact that Christ was innocent and that it would therefore be unjust for God to punish him.

The answer to this, as Craig rightly insists, is that in the light of the doctrine of imputation Jesus wasn’t legally innocent. He was the bearer of the sin of the world.

But, continues the objector, is it not the case that there is no analogy in civilized jurisprudence for holding an innocent party liable to the punishment deserved by another party? Drawing on a wide range of court opinions, Craig shows that there are such analogies, and that the idea of imputation has had a clearly recognized place in legal practice. The clearest instance of this is the concept of vicarious liability whereby, for example, an employer can be held liable for a violation of the law on the part of an employee; or a superior may be held liable when someone to whom he has delegated responsibility fails to perform a duty required by law.

Such cases are enough to show that the imputation of our sins to Christ is by no means without parallel in legal practice. Craig is careful to point out, however, the limitations of this kind of argument. He isn’t engaged in the “silly project” of trying to construct a doctrine of the atonement on the basis of human justice systems. The doctrine has to be drawn from Scripture, and the sole purpose of the appeal to legal analogies is to counter the objection that penal substitution is incoherent because the law allows for the punishment of only the wrongdoer. In reality, however, the law does sometimes punish one who is personally blameless but held liable for wrongs committed by another party.

But imputation, too, must rest on some foundation. In the case of the Christian doctrine of atonement, that foundation is the fact that Christ was our representative and substitute. Yet this quickly prompts its own question: how did Christ come to occupy these positions?

Craig’s answer, in essence, is that God appointed him to act as our proxy and to bear liability for our sins. The problem with this is it implies an unacceptable degree of subordination within the eternal Trinity; the Father appoints and the pre-incarnate Son obeys. What is lacking is any reference to the concept of the covenant of redemption: an eternal agreement, as old as God himself, in which the three co-equal persons of the Trinity, prompted by a community in love, resolve on the redemption of the human race. It’s in terms of this covenant that Christ assumes vicarious liability for our sins; it’s this covenant that constitutes him our representative and substitute; and it’s this covenant that defines “the work given him to do” (John 17:4). In this covenant of co-equal resolve, the eternal Son is as much initiator as executive: an eternally willing penal substitute.

In [the] covenant of co-equal resolve, the eternal Son is as much initiator as executive: an eternally willing penal substitute.

The great outcome of penal substitution is divine pardon, and here again Craig highlights the fact that this isn’t some private interpersonal deal between two familiars, but a divine act of executive clemency which presupposes the guilt of those pardoned, and which—although Craig doesn’t touch on this—is invariably accompanied by another executive act: adoption. The Judge doesn’t merely tell the pardoned sinner that he is acquitted and free to go. He formally adopts him as his child, and as such a co-heir with his eternal Son.

But then, in Craig’s view it’s entirely a matter of our free choice whether or not we accept God’s free pardon. He agrees that without prevenient grace no one will accept God’s offer, but we ourselves must (and can) cooperate with this grace.

This understanding of the power of the human will to cooperate with grace lay at the heart of the Reformation debate; the reformers argued from Scripture that by nature none of us has such power. It’s precisely at this point that the doctrine of definite atonement—which Craig is careful to disown—serves as the custodian of a truth of vital importance. Not only did the work of our penal substitute lay the basis for the offer of a divine pardon; it ensured that, the through the ministry of the Holy Spirit, a multitude beyond number would accept it. Without such invincible grace, the gospel would be met by a universal “No!” and Christ would have died in vain.

Donald Macleod served as professor of systematic theology at the Free Church of Scotland College in Edinburgh for more than 30 years. He’s author of The Person of Christ and Christ Crucified.