Alisa Childers, former member of the popular Christian band ZOEgirl, began attending a new church not realizing the pastor was a progressive Christian until she was invited to attend an exclusive class. In fact, the pastor didn’t even identify as a Christian, but as a “hopeful agnostic.” This class would introduce Childers to progressive Christianity and plant doubts in Childers’s mind, leading her to begin her search for what true Christian faith was—and what it wasn’t.

It might be tempting to think that the emergent church (circa 2000–2012) has faded into irrelevance, but the emergent church is far from gone. It simply moved underground for a time and rebranded as progressive Christianity. And its proponents are now more influential than ever before through podcasts, conferences, and books (75).

In Another Gospel?: A Lifelong Christian Seeks Truth in Response to Progressive Christianity, Childers surveys this new progressive-Christian movement and seeks to build up faith in the historic gospel. 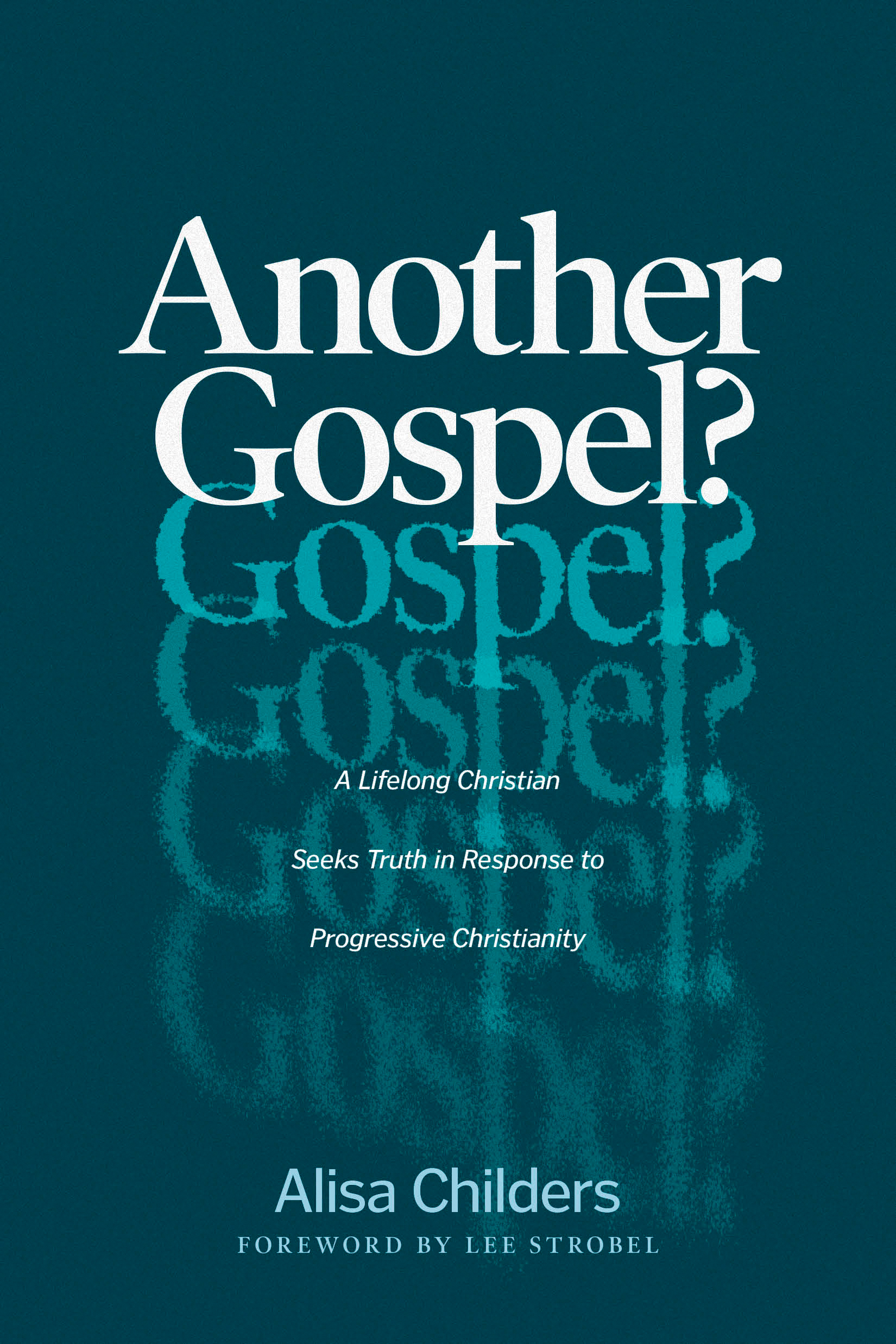 Another Gospel?: A Lifelong Christian Seeks Truth in Response to Progressive Christianity

Another Gospel?: A Lifelong Christian Seeks Truth in Response to Progressive Christianity

Alisa Childers never thought she would question her Christian faith. She was raised in a Christian home, where she had seen her mom and dad feed the hungry, clothe the homeless, and love the outcast. She had witnessed God at work and then had dedicated her own life to leading worship, as part of the popular Christian band ZOEgirl. All that was deeply challenged when she met a progressive pastor, who called himself a hopeful agnostic.

Another Gospel? describes the intellectual journey Alisa took over several years as she wrestled with a series of questions that struck at the core of the Christian faith. After everything she had ever believed about God, Jesus, and the Bible had been picked apart, she found herself at the brink of despair . . . until God rescued her, helping her to rebuild her faith, one solid brick at a time.

Progressive Christianity is, admittedly, difficult to define, because its adherents all but refuse to do so. As Childers explains, it’s easier to identify a “mood” than a set of beliefs, even though there is general consensus around certain beliefs—even if they’re defined by what something isn’t more than what it is. “Progressive Christians view the Bible as primarily a human book and emphasize personal conscience and practices rather than certainty and beliefs,” she writes. “They are also very open to redefining, reinterpreting, or even rejecting essential doctrines of the faith like the Virgin Birth, the deity of Jesus, and his bodily resurrection” (8).

What would cause someone to run to progressive Christianity in the first place? There’s an almost endless list of reasons. Childers mentions several: abuses of power, unanswered doubts, high moral demands, troubles with the Bible, social concerns, reacting to hyper-fundamentalism, and suffering.

The solutions that progressive Christians have come up with have not led to better results than the culture they’re reacting against.

The trouble is that all of these are valid reasons to be skeptical. Many churches are not known for nuance and understanding in these areas. Scandals and coverups abound, questions are dismissed or punished, moral demands are pronounced without proper explanation, Scripture is preached without thought given to historical context and literary forms, social-justice issues are derided as “liberal” and “Marxist,” nonessential doctrines are taught as essential for salvation, and little room is made for deep suffering. If someone has experienced even one or two of these things, who could blame them for seeking an alternative?

Childers understands this. As she writes, “When progressive Christianity first entered the scene, its proponents raised some valid critiques of evangelical culture that the church needed to reexamine and reevaluate” (8). It would be wrong for us to hear these critiques and dismiss them as the angst-ridden complaints of heretics. These are legitimate issues the church needs to reckon with.

But that doesn’t mean the solutions from progressive Christians lead to any better results than the culture they’re reacting against. Rather than reforming their churches to adopt healthy practices more in line with Jesus, they’ve embraced Christian history’s oldest heresies—like Gnosticism and Marcionism—and called them new and revolutionary. In seeking to reform the faith, they’ve redefined it. In seeking to improve it, they’ve left it behind.

Though progressive Christians use much of the same language as historic Christianity, they redefine terms in unrecognizable ways. Childers focuses on three: the Bible, hell, and the atonement.

Progressive Christians will say that they believe the Bible is inspired. But when they use “inspiration” they’re referring to the way a song or a poem is inspired, the way a piece of art or a person at work is inspired. Little distinguishes it from other classic writings; it carries no inherent authority. It’s simply a human record of God meeting with a group of people in history. Once you travel down this road, the Bible ceases to be authoritative in any meaningful sense. The reader has become the judge of what is true; ignoring millennia of agreed-on hermeneutics, he now functions as his own authority. As Childers concludes, “With the Bible remade in our own image, we are no longer obeying God; instead we’re following our own thoughts, feelings, and preferences” (164).

With the Bible remade in our own image, we are no longer obeying God.

Childers then takes on progressives’ views of hell and the atonement. She counters the view that hell isn’t a place that people go after they die, just a reality that humans create here on earth. As for the atonement, she takes on the claim that Jesus was killed by a mob simply for being a political revolutionary, or that he was God the Father’s whipping boy in an act of “cosmic child abuse.”

“Surely there is a good reason Christians have believed this for two thousand years? We can’t be the first generation to ask this question,” Childers writes (139). She’s right. Many of the doctrinal challenges that progressive Christians raise aren’t new. They’ve been dealt with time and again throughout history; we’d do well to study the church’s response to these challenges. There is nothing new under the sun, and progressive Christianity is no different. It’s simply in a hip, new package.

It’d be foolish to dismiss the real critiques progressive Christians raise about certain evangelical churches. But it would be equally foolish to adopt their solutions. Instead, we should seek to reform our hearts and our churches to be more like Christ Jesus. And this is done through the historic faith that’s been passed down, not in spite of it.