Being a teenage girl has never been easy. They have to deal with changing bodies and shifting perceptions, boys and temptations, school and drama, popularity and parents, and future fears and expectations. I should know; I’m a teenage girl.

But today is different. Or so argues Nancy Jo Sales in her disturbing and provocative new book, American Girls: Social Media and the Secret Lives of Teenagers. Today teenage girls live online, a recent study revealing that “92 percent were going online from a mobile device daily” (10). But this online world isn’t the screen of innocent fun so many parents believe it to be. It’s a hypersexualized world where validation, acceptance, and worth are inexorably connected to sexual appeal and appetite.

Over the course of two and a half years, Sales traveled the country and interviewed more than 200 girls (aged 13 to 19) about social media and sexuality. These encounters are all documented in American Girls. She divides her book into seven chapters, each covering a year of teenhood and the themes that emerged from her conversations with each age group.

Sales covered a lot of ground over the course of those conversations. The girls opened up about alcoholism and self-esteem, the devastating effects of cyberbullying, and the toxicity of comparison on social media. They talked about everything from gang rape and receiving pictures to coerce them to send “nudes” (a common occurrence in middle schools) to “slut pages” and teen homelessness.

These conversations aren’t censored or sugarcoated, and are often shocking. The teenagers’ opinions are raw, salted with vulgarity, transparency, and a lot of cursing. Sexual acts are spoken about crassly and casually (and apparently engaged in with just as cavalier an attitude). Sales didn’t make a spectacle out of sex, though; its pervasiveness came out simply because that’s what these American girls wanted to talk about.

Rather than identifying with these girls who were supposed to be like me, I felt estranged as I read their stories. Where were the Christian teenagers? God is conspicuously missing from American Girls. The most religious perspectives come from Zanab, an 18-year-old self-identified “modern Muslim” (302), and Kira, another 18-year-old who jokingly said she “found Jesus on the internet” (304), which to her meant she found racial activism on the internet. This lack of Christian (or even religious) perspective among the 200-plus teenage girls indicates why this book might be so necessary. 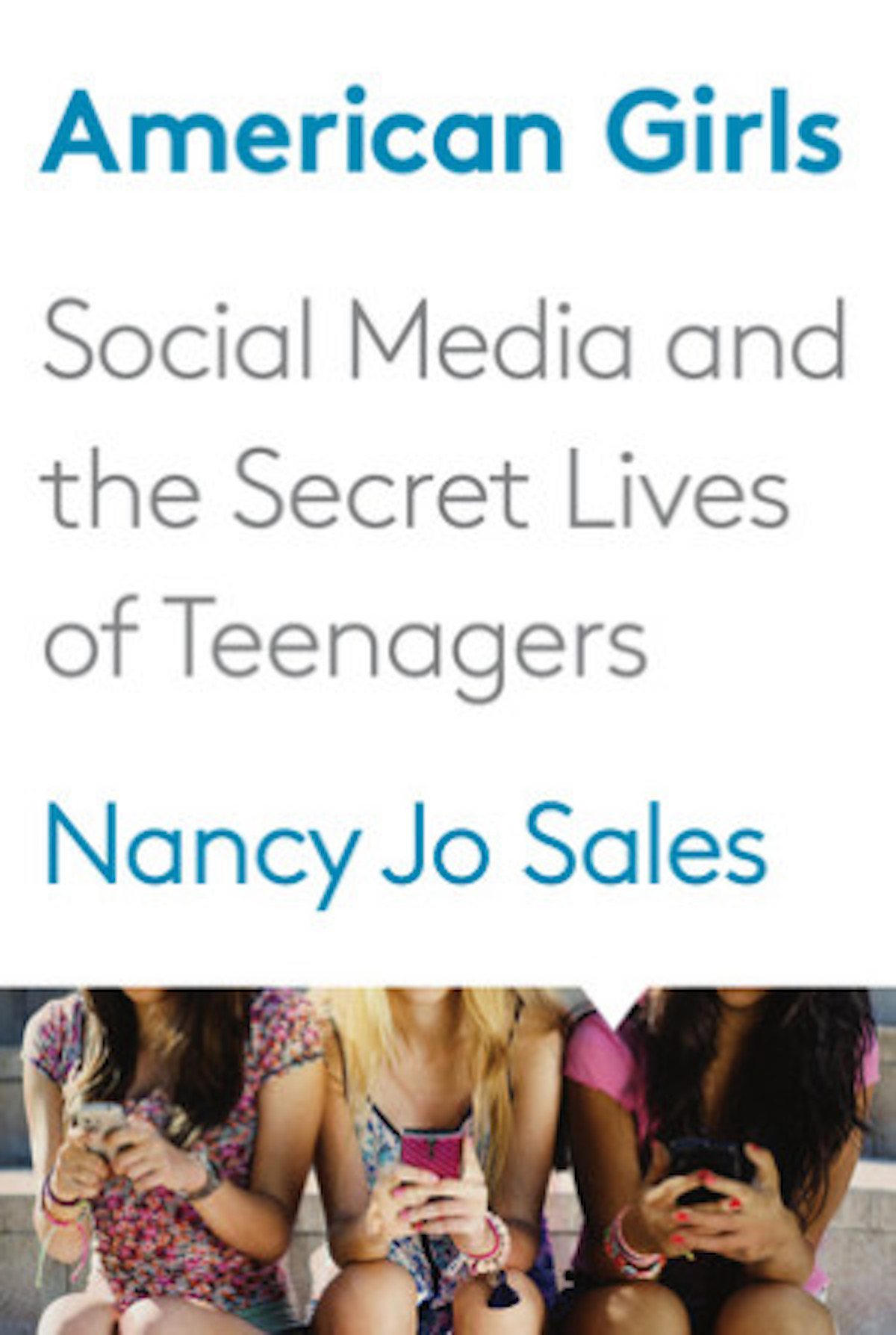 American Girls: Social Media and the Secret Lives of Teenages

American Girls: Social Media and the Secret Lives of Teenages

But what’s truly terrifying is girls like them aren’t the minority. I am.

Sales was recently asked, “What don’t parents know about their children’s lives online?” She answered, “Too much.” The world American girls live in (and this could easily be said for Christian girls too) is very much online. Sales wants parents to know they need to be a part of it. Too many parents totally disengage from their teens’ online presence. Sales suggests that can be lethal, and she is spot-on. All teenage girls (myself included) face temptations online, and this book may just be the shock of cold water parents need to see what life on the internet can really be like.

After reporting on the sobering research she collected, Sales offers a brief conclusion with potential solutions to this damaging online world: “[Girls are] deeply in need of a set of critical tools with which to evaluate their experiences as girls and young women in the digital age” (373). I couldn’t agree more.

But what Sales offers as savior is incomplete: “Now more than ever, I believe, girls need feminism” (373). She believes fighting social and economic inequality is the key to healthy girlhood. And while she does have some good ideas that follow (e.g., starting a national conversation about porn’s effect on teens, getting girls to read more, educating them about sexism, helping them spend less time on social media), ultimately they fall short of effecting lasting change. In a heartbreaking book that begs for hope, Sales fails to deliver.

Feminism will not meet the deepest needs girls have. There is only one solution, one richer and more fulfilling. It’s the gospel of Jesus Christ. The gospel teaches girls that we’re sinners (just like all humans) and in desperate need of a Savior. It shows us the inherent dignity and value of both men and women as image-bearers of God. It provides a worldview that allows us to navigate the culture around us with clarity and compassion. It results in respect for all humans, a healthy view of sexuality, and true and responsible intimacy. Now, like always, American girls need Jesus.

Sales’s masterful storytelling and sympathetic approach make her disturbing research a bit easier to swallow. Not every Christian needs to read this book, but parents and educators of teen girls may find it worthwhile, especially if their teens live in this world or spend time with girls who do.

And as they read, hurt, and even weep at the brokenness around them, I hope they see the solution isn’t merely teaching us to fight gender inequality—it’s pointing us to Jesus.