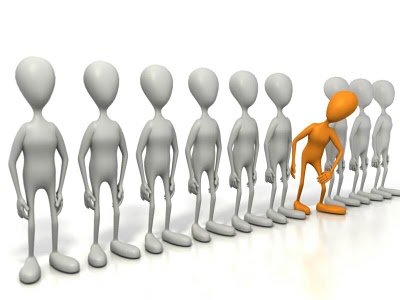 I have one friend, a Baptist committed to elder rule (yeah, I know, right?), who ridiculed congregationalism as deriving more from American one-man-one-vote civics.  This brother, not an American, makes a good case that some forms of polity basically mimic the political polity of the countries in which they were developed.  He does it with a great accent, too.  Accents, of course,  makes everything sound more intelligent.  And in some cases, there appears to be some truth to his claim.

But can we really equate congregationalism with a kind of pooled individualism?

I’m sure that’s what it amounts to in far too many churches.  I’m sure that for many earnest Christians, American civics lessons have somehow blurred together with “that one sermon the pastor preached a while back on church government” to result in a fair amount of politicking and vote-getting in the church.

But, congregationalism is not the same as pooled individualism.  A good pastor friend and faithful shepherd brought this home to me recently.  He described a church meeting where the vast majority of the congregation wanted to follow the leadership while four members held the body hostage by insisting they have “all the information” the leaders had.  They announced their inability to support the leadership or vote without all the data.  In God’s goodness, the congregation carried on with their support of the leaders, making important decisions along the way.

Were these person’s practicing congregationalism in their insistence to know all that everyone else knew before making a decision?  No.  They were, as my friend put it, being individualists.  They weren’t considering the congregation at all.  They weren’t trusting the rest of the body or the leadership.  They were trusting themselves.  And they were announcing as much on the floor of a members’ meeting.  There was a kind of egoism at work that obscured their view of the whole.

Now, let me hasten to say that sometimes the vast minority sees a thing more clearly than the whole.  That’s why we want to work against group think.  And no one should side with the church or the leaders when it’s clear the church and/or leaders are heading into sin.  But if we’re in a congregational context, we should remind ourselves of a few important truths lest we become individualists pretending to be congregationalists:

1.  Our overarching aim is to build up the body of Christ, not merely to represent our own interests;

2.  It’s necessary that we trust our leaders and show them proper respect for their work’s sake rather than hinder them like some opposition party slowing “the other side’s” agenda;

3.  Those around us also have the Holy Spirit, prayer, the Bible, and gifts of discernment, so it’s probably humble and wise of us to assume they could be correct or acting wisely and we could be wrong or acting foolishly;

4.  Sometimes congregations get it wrong, and that’s okay if we’re not talking about sin and serious doctrinal error; and,

5.  If it is a matter of sin or false teaching, the congregation and each member in it has the responsibility and right to graciously and resolutely defend the truth and work for restoration.

These are a few things for us rowdy congregationalists to remember lest we find ourselves on the receiving end of Titus 3:10 warnings and rebuke.

Justin Taylor
Fact-Checking Randall Balmer’s Urban Legend on the Real Origin of the Religious Right
Chuck Colson: A Life Redeemed
What Mother Teresa Told the Supreme Court: “Your Decision in Roe v. Wade Has Deformed a Great Nation”
Trevin Wax
Some Personal Announcements Before Signing Off
5 Quick Takes for New Culture Wars
Truthful Witness in the Public Square
Kevin DeYoung
A New (Old) Blog
Life and Books and Everything: American History and the Historian’s Task with Wilfred McClay
Life and Books and Everything: What’s Going Right in the Church?
Ray Ortlund
The peace of Christ
Psalm 1, a reverse translation
Happy beyond description
LOAD MORE
Loading